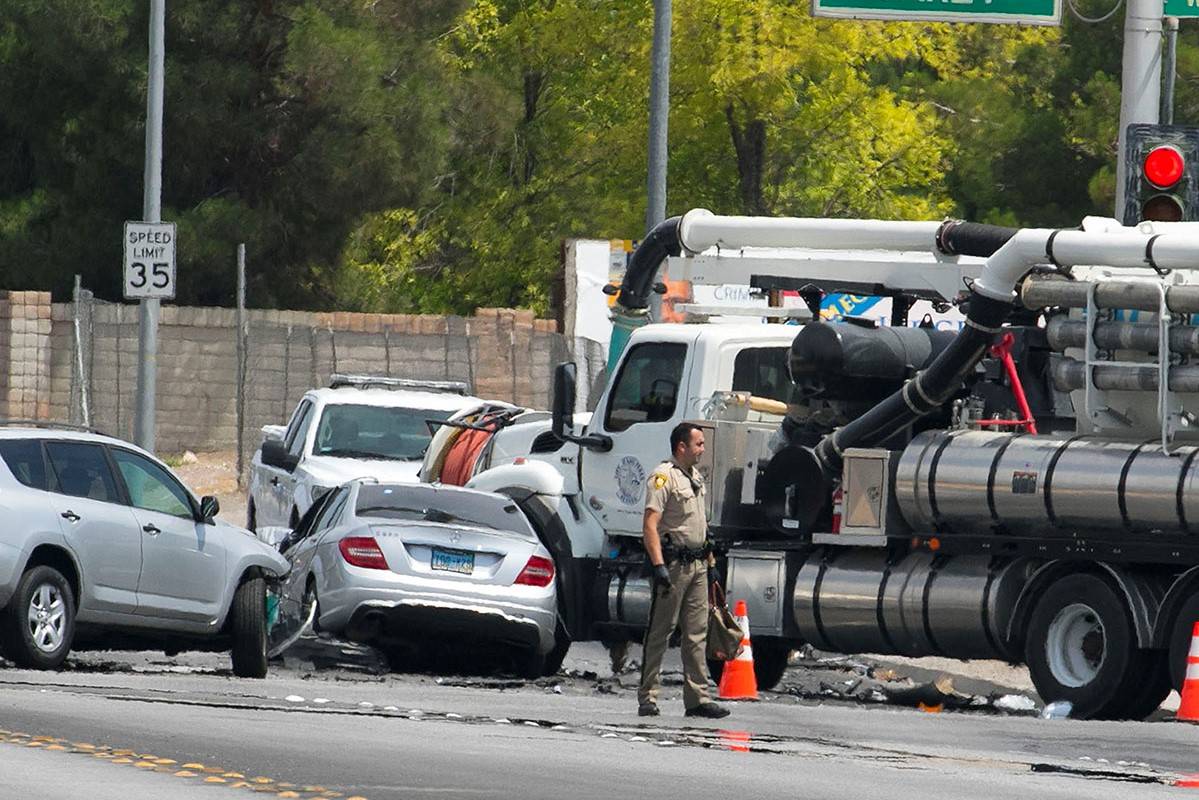 Julian Montoya was booked June 26 on charges of DUI, possession of a stolen vehicle and failure to obey traffic control devices, according to an arrest report from the Metropolitan Police Department.

Officers were called at 10:07 a.m. June 26 to a crash at Oakey Boulevard and Rancho Drive. The driver of a 2012 Mercedes-Benz C250, identified as Montoya, was arrested in the hospital after police spoke to him and the passenger, who was ejected from the car and also hospitalized, the report said.

Montoya denied being the driver, but police said his injuries were consistent with wearing a seat belt, and evidence showed the passenger was not.

Further information about the circumstances of the crash were not available.

Montoya performed a breath test, blood test and a field sobriety test at the hospital, and police determined he was under the influence of marijuana.

The Mercedes-Benz had been reported stolen earlier in June, police said.

Montoya was released from custody and is due back in court Aug. 26.