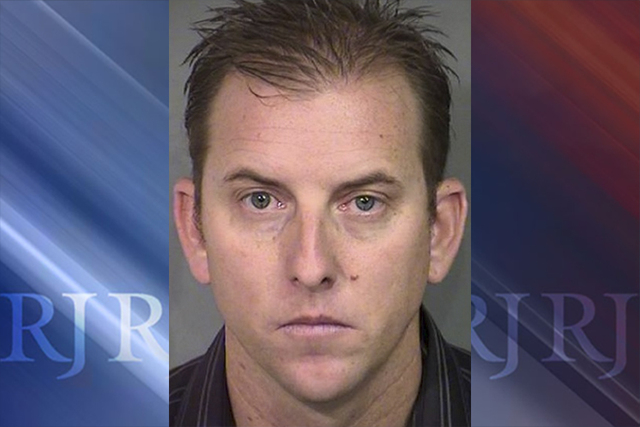 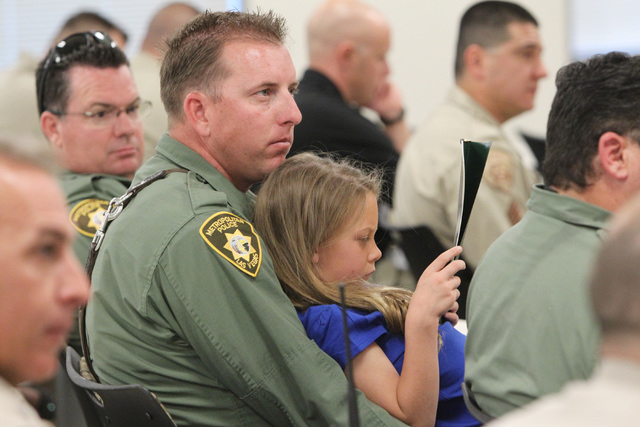 Jeff Harper holds his 7-year-old daughter Hailey Harper as she reads his award during Metro's commendation ceremony Wednesday, April 22, 2015. Harper was part of a group who was awarded a unit meritorious award for rescuing a woman and children in a home invasion and attempted sexual assault. (Sam Morris/Las Vegas Review-Journal) Follow Sam Morris on Twitter @sammorrisRJ 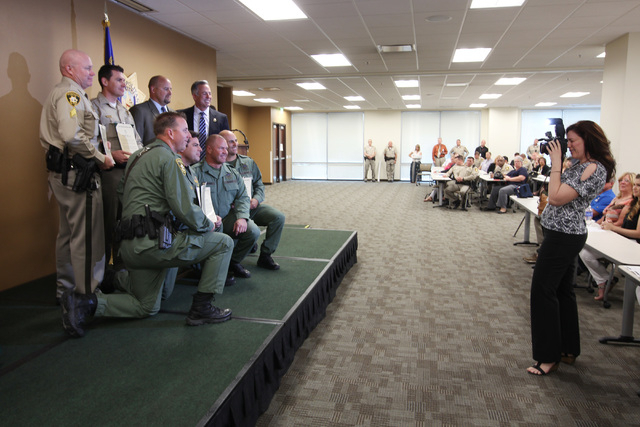 A decorated veteran Metro officer is facing several felonies after authorities said he set fire to a trailer and four-wheeler in order to collect insurance money, according to the Nevada attorney general’s office.

Fire officials determined that Harper set fire to his $45,000 2014 Keystone Fuzion “toy hauler” in January while his $6,000 2015 Razor 90 four-wheeler was inside, according to prosecutors.

“My office is committed to safeguarding the integrity of the insurance system and protecting Nevada’s consumers from increased premiums,” Attorney General Adam Laxalt said in a news release. “This attempt to defraud an insurance company is particularly troubling because it was allegedly committed by a person tasked with enforcing laws and protecting the public.”

Harper’s lawyer, Andrew Leavitt, said the officer “adamantly” denies the charges. Harper was current on his payments for the trailer and had plenty of money saved in his bank account to continue making payments, Leavitt said.

“I don’t know who tried to burn down his trailer, but it certainly wasn’t him,” Leavitt said. “He wasn’t anywhere near the trailer when it burned.”

Leavitt added that Harper had “no reason” and “no motivation” to set fire to the trailer and cooperated with fire investigators.

A tire on the trailer blew out while Harper was driving on Tecopa Road, about three miles west of State Route 160, the lawyer said. Harper drove to Pahrump to get the tire repaired and returned to find that a fire crew had responded to the trailer.

Harper, a canine officer, was hired by the department in September 1999 and has been placed on leave without pay pending the outcome of his criminal charges.

In 2014, Harper was part of a group that was given a meritorious service award for rescuing a woman and children in a home invasion and attempted sexual assault. 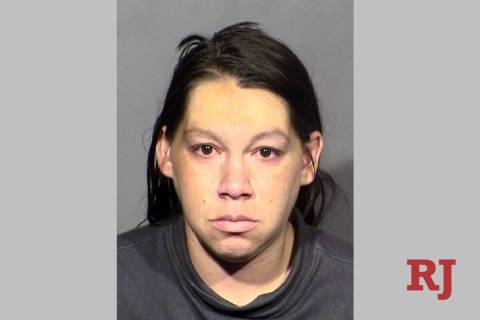