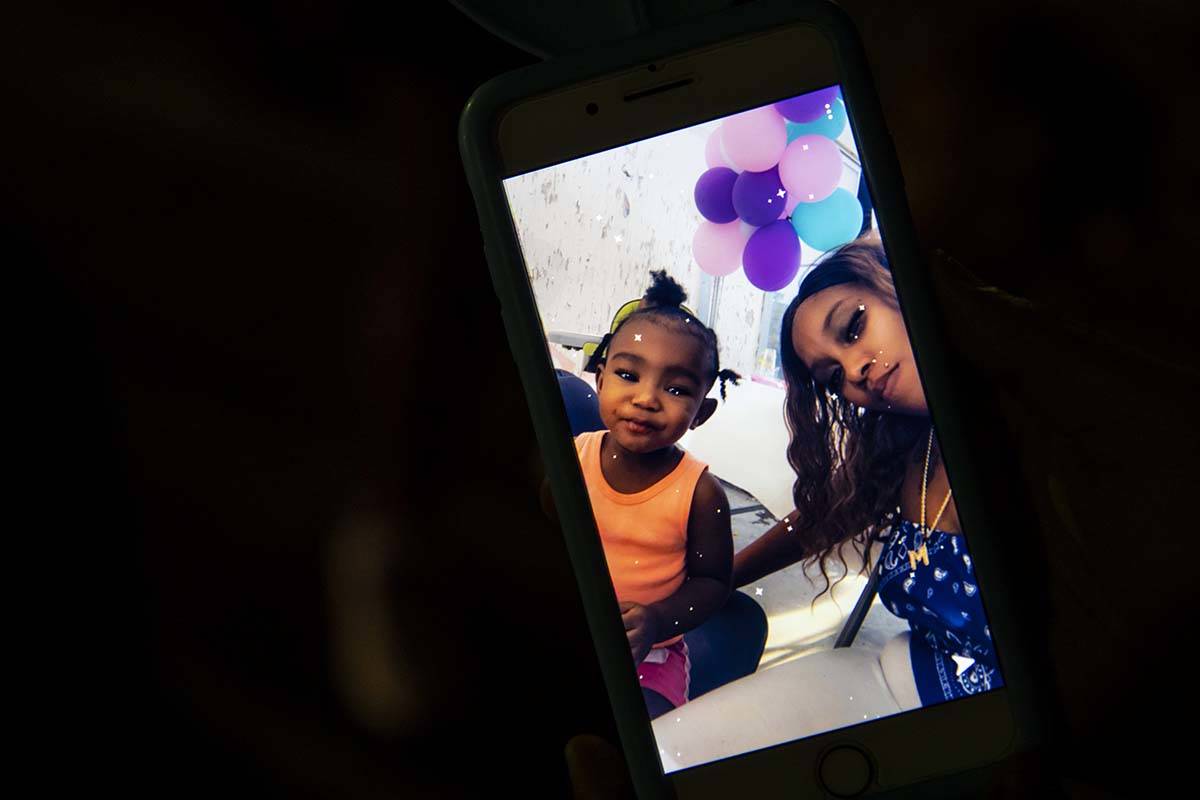 Mariah Coleman is seen in a picture with her daughter, 1-year-old Sayah Deal, in Las Vegas on Tuesday, Oct. 6, 2020. Deal died after getting locked inside of a car the day before. (Chase Stevens/Las Vegas Review-Journal) @csstevensphoto

The mother of the toddler who died while stuck in a locked car on Monday said she just wants to make sure the father of her child is held responsible.

Mariah Coleman, 28, said she only found out what happened to 21-month-old Sayah Deal after a neighbor called to tell her.

“Sister, your baby is dead in front of my front door,” Coleman recalled the neighbor telling her Monday.

Police were called around 3:30 p.m. Monday to the 1700 block of H Street after Sidney Deal, 27, had locked his daughter in his new car, according to Deal’s arrest report. Deal was later arrested on a charge of child abuse resulting in substantial bodily harm.

Deal rejected offers from his brother and police officers to break the window or call a tow truck or locksmith, the report said. His girlfriend spent 23 minutes on hold with a locksmith before Deal denied their service, citing a high price and a new car he didn’t want damaged.

The National Weather Service on Monday reported a high of 96 degrees.

Deal told police he thought the child was fine because the air conditioning was on but admitted she had stopped moving on the floor of the backseat, which he believed to have meant she had gone to sleep.

“If you loved and provided for your daughter so much, why did you let her die,” Coleman asked Tuesday night at a vigil her family hosted, standing in the spot where her daughter died the day before.

Coleman said she and Deal had joint custody of the baby girl, but Coleman claims Deal took the infant last winter, never bringing her back to Coleman. She said she called the police several times but that Deal only allowed her occasional visits with the baby. She last saw Sayah about two hours before her death.

Las Vegas police could not be reached Wednesday to confirm any calls Coleman made. District Court documents show Deal was given majority custody of the baby for a two-month period beginning in February 2019, when Coleman was ordered by the district attorney’s office to pay $100 a month in child support.

“I just want to know why you didn’t call the mother of your child when she was locked in,” Coleman said while tearing up. “I seen my baby smile one last time. I should have grabbed her.”

Coleman and Deal don’t have any other children together. Coleman’s oldest daughter, Kaya, turned 10 Monday, and Coleman said she’s just as heartbroken over her baby sister’s death. Deal was never listed on the baby’s birth certificate, and Coleman claims it was a choice made between Deal and his girlfriend. District Court documents listed no known father for the baby.

“I haven’t heard from anyone in the Deal family since Sayah died,” Coleman said.

Coleman said she’ll be at every court hearing for Deal, who is being held on $20,000 bail, and wants him to go to prison.

“He had no remorse in his mugshot,” she said. “My baby is gone, and I need somebody to do time.”