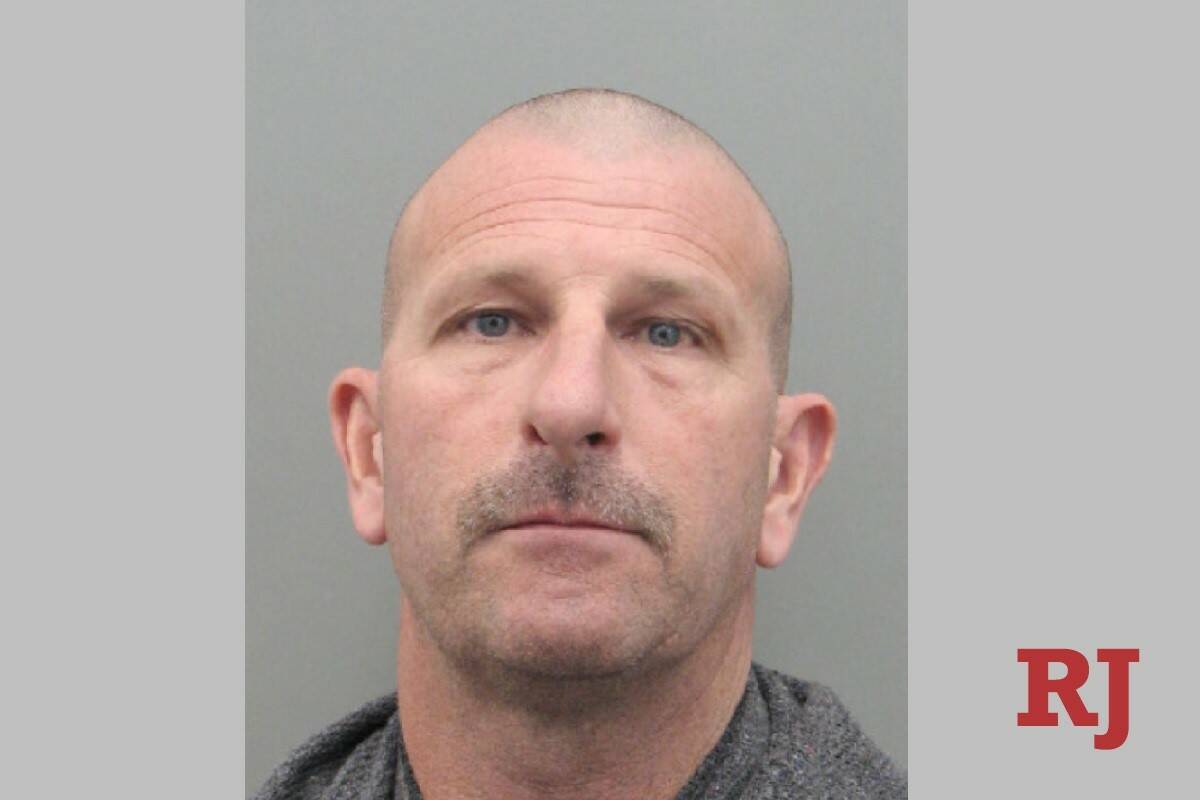 A Clark County firefighter and his wife are accused of stealing tens of thousands of dollars from a woman who served in the Korean War and who suffered from various health ailments, then evicted her from their house, leaving her broke and forced to live in temporary assisted living, according to Henderson police.

A Henderson Police Department affidavit states that Steven Broadwell, 52, and his wife, Janelle Broadwell, invited the woman to live at their Henderson home in early 2020 after the friends the woman had been living with died.

After the woman’s bank accounts were depleted, the Broadwells told her to move out, the affidavit claims.

“It seems they used (the victim) as their own personal bank account to fund home improvement projects and other lavish spending,” a Henderson police officer wrote in the affidavit. “They left her with nothing in her accounts, and when her money ran out, they wanted her out of their home.”

The 29-page affidavit breaks down the alleged spending. Between March 2020 and June 2022, the Broadwells withdrew just over $129,000 from the victim’s bank accounts, the affidavit states. Another $26,800 in payments were withdrawn to pay to an air conditioning company.

Michael Troiano, the lawyer for Janelle Broadwell, said his client was “cooperative and transparent” with law enforcement during the investigation.

“She is shocked and saddened that charges were filed in this instance, and as her counsel I look forward to clearing her name,” Troiano said in a text message.

In an interview with police, the victim, whose age wasn’t provided in the affidavit, said she was living with two friends in Henderson and that after both died a few months apart in 2019, Janelle Broadwell, who had been hired by one of the friends to clean and help out at the house, invited the victim to come live at the Broadwells’ house.

The victim, who is blind in one eye, partially deaf, and suffers from multiple sclerosis, agreed, ultimately insisting that she pay rent of about $200 to $300 a month, a total that then increased to $500, according to the affidavit.

In an interview with police, according to the affidavit, Janelle Broadwell said she and her husband tried to do something nice for the victim, but it backfired. She said they were fair to the woman.

“Now it seems like it’s coming back to bite us in the butt. That’s so wrong. That’s why people don’t do nice things anymore,” Janelle Broadwell told an investigating police officer, according to the affidavit.

Steven Broadwell told police that he and his wife had known the victim for about 14 years because they had lived in the same neighborhood. Steve Broadwell said that “once (the victim) was out of money, she started antagonizing Janelle when he was at work,” according to the affidavit.

“Due to the stress and potential liability it was causing, they asked (the victim) to leave,” the affidavit states.

The Broadwells are facing charges of exploiting an older and vulnerable person of more than $5,000 and theft of between $25,000 to $100,000, court records show.

They are each due to appear in court Wednesday morning.