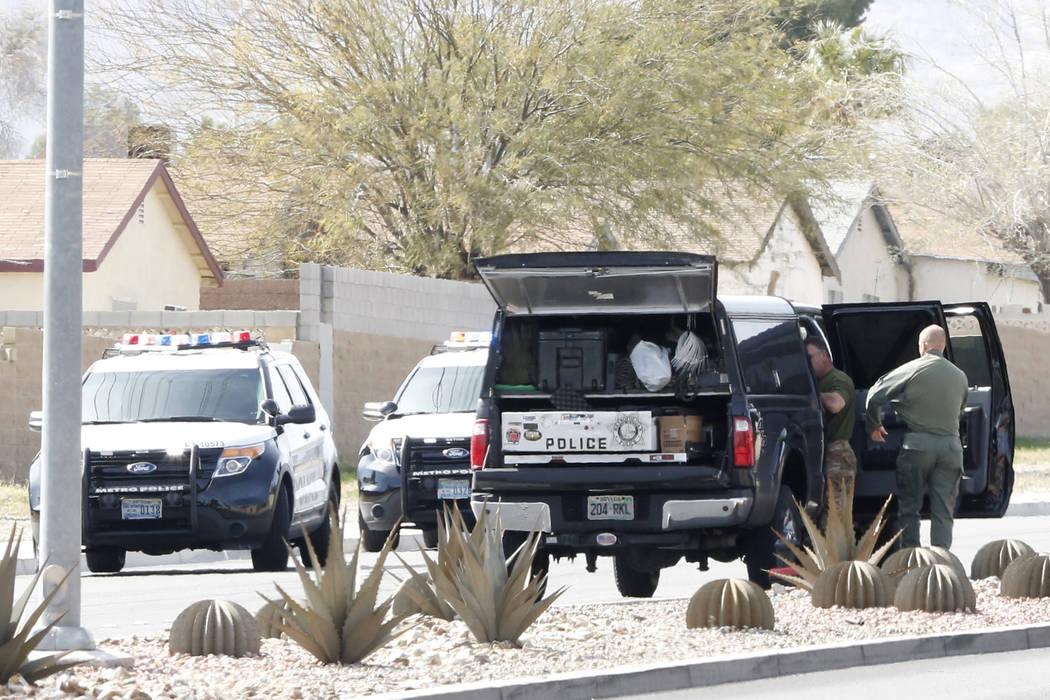 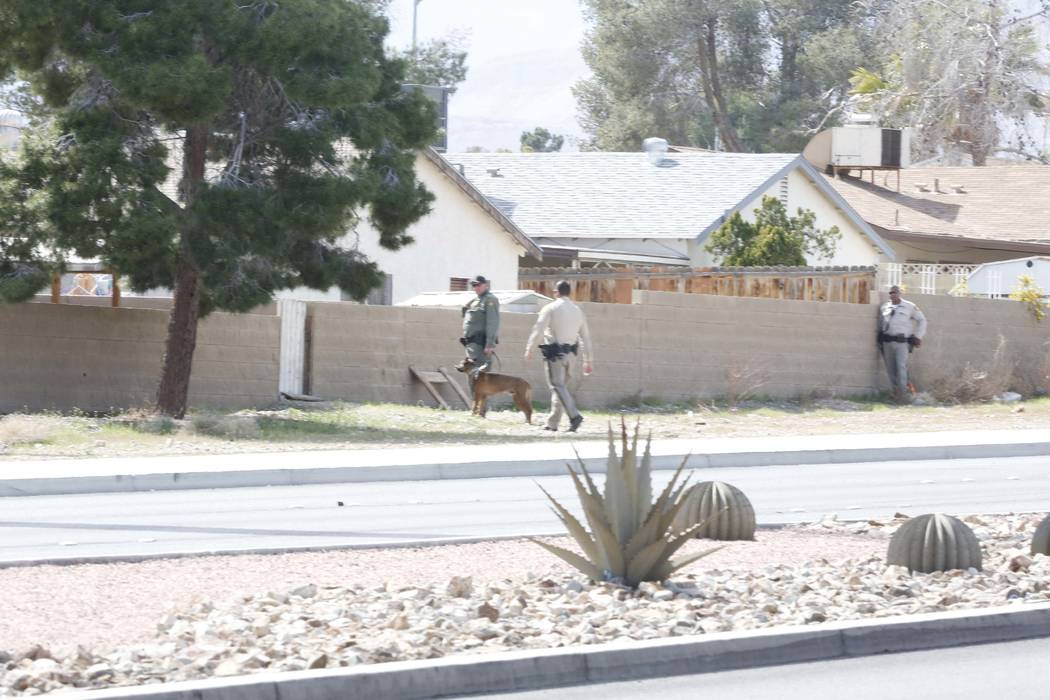 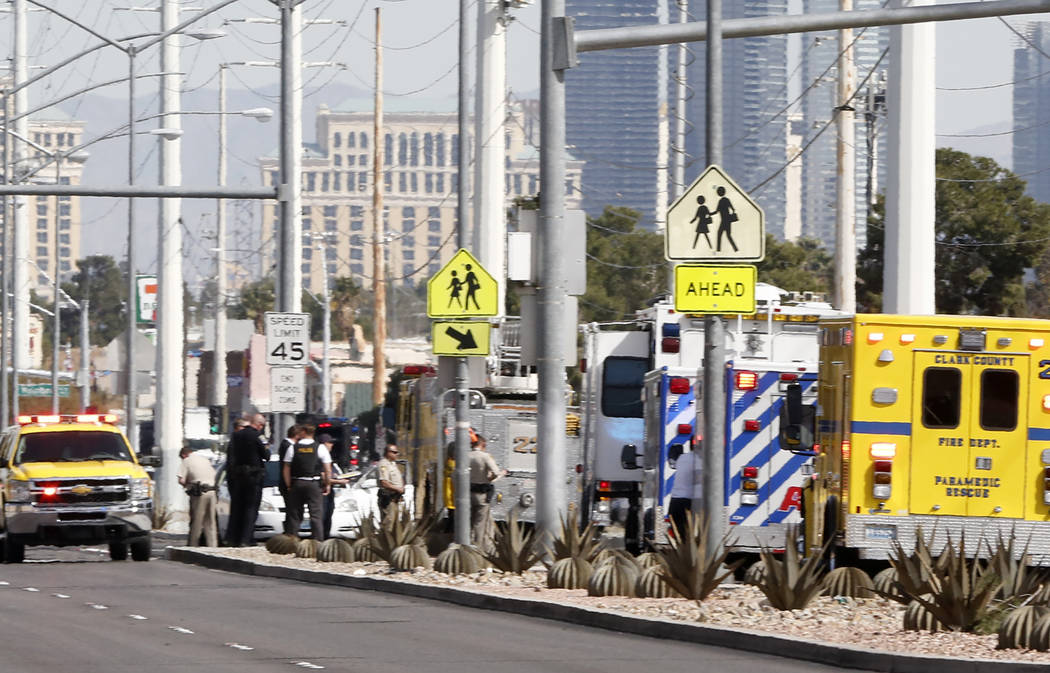 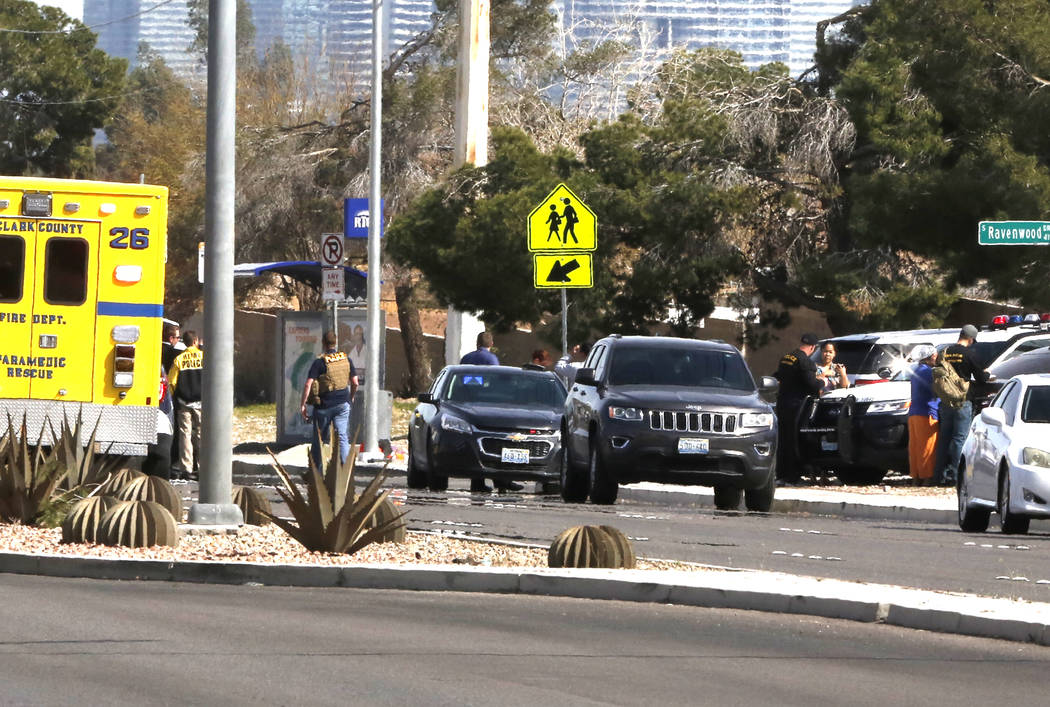 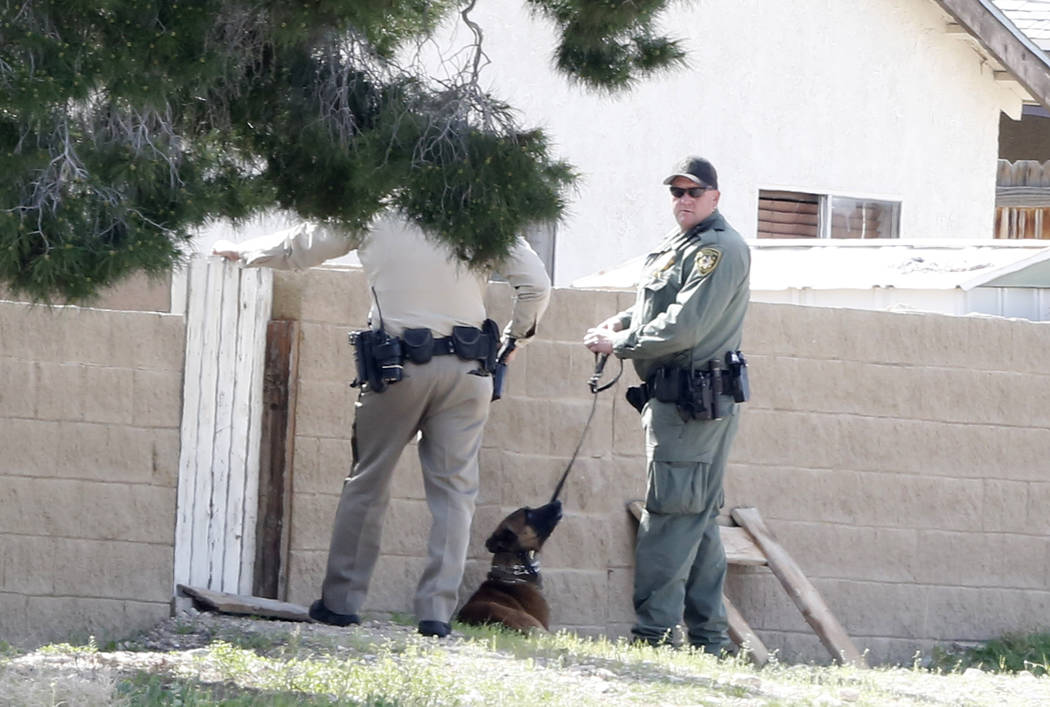 Police worked for more than three hours Wednesday afternoon to resolve a hostage situation involving a man armed with a large knife and a 12-year-old girl in a southwest valley home.

The Metropolitan Police Department responded about 12:10 p.m. to the 7000 block of Clearwater Avenue, near West Flamingo Road and South Rainbow Boulevard, for calls of a domestic disturbance between a man and a woman.

Expect heavy police activity in the area. Both directions of Flamingo are shut down between Rainbow and Tenaya at this time. https://t.co/wvJfc6ksq6

The woman was able to escape the home uninjured, police said. She told arriving officers the man was inside the home threatening family members, Metro Lt. Laura Meltzer said.

A 12-year-old girl was seen inside the home with the man who was “very agitated and armed with a very large knife,” Meltzer said, and police later learned another teenager may also have been inside.

The suspect was taken into custody without injury about 3:40 p.m., police said. Metro’s SWAT unit and crisis negotiators were at the scene for more than three hours trying to get him and the juveniles out of the home, Meltzer said.

1 male suspect was taken into custody by #LVMPD SWAT. Roads will be opening shortly. https://t.co/IS33OxoxFM

The 12-year-old girl was not harmed, police said. There was no information immediately available about the other teenager believed to be inside. Meltzer said at the scene the teenager may have exited the residence before the man was taken into custody.

Meltzer said further details wouldn’t be released until the man is booked and interviewed by detectives.