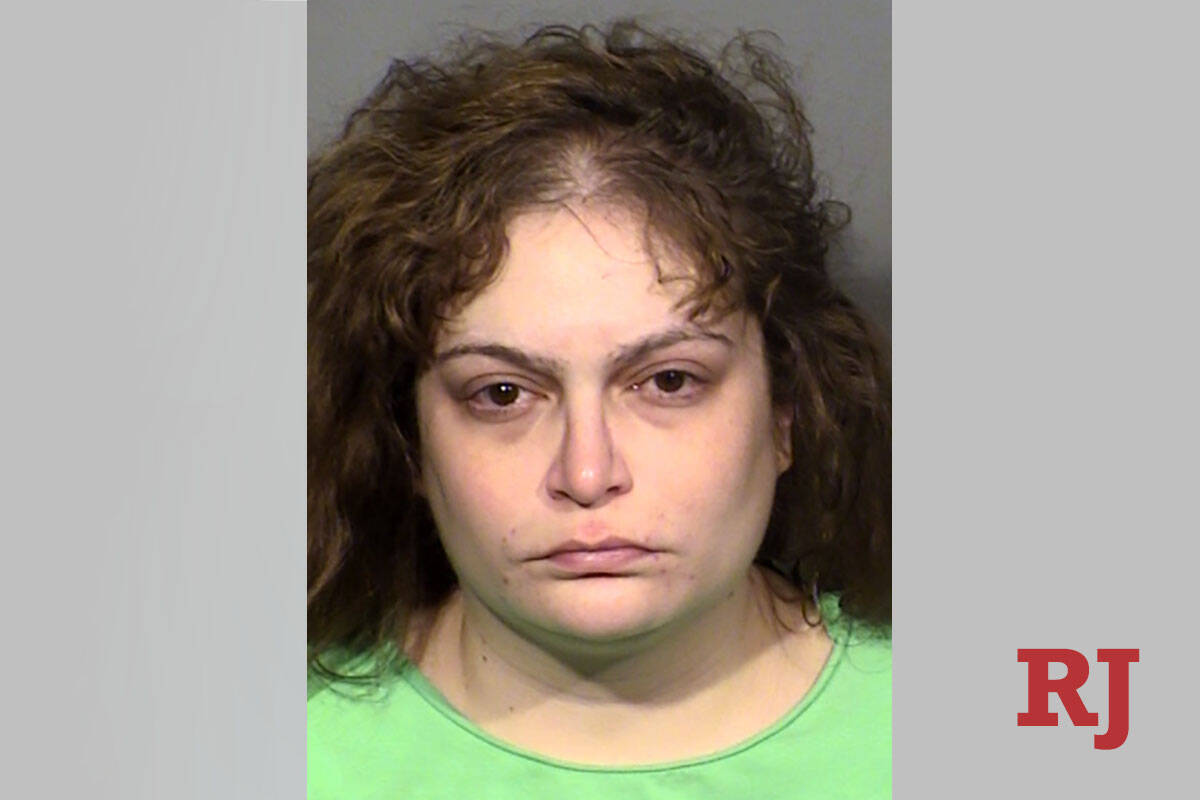 Jessica DeFalco has been charged with attempted murder after North Las Vegas police she drove her car into a crowd at an In-N-Out Burger restaurant. (Las Vegas Metropolitan Police Department)

A Las Vegas woman has been charged with attempted murder after authorities say she intentionally drove her car into a crowd of people during a confrontation at an In-N-Out Burger drive-thru Saturday.

North Las Vegas police said Jessica DeFalco, 30, later told police “they deserved every bit of it” when she was informed two people were injured, with one dragged under her car during the melee.

“DeFalco felt bullied, turned her car around and ran into them,” police wrote in the report. “She felt that was the only option she had.”

The episode started at 12:25 a.m. at the drive-thru of the restaurant at 2765 E. Craig Road in North Las Vegas. A woman told police she was in her car in the drive-thru when a motorist in the car behind her started honking her horn. When the woman got her order and stopped to check it, police said the driver who had been honking her horn — later identified as DeFalco — pulled in front of her car, then hit the brakes suddenly.

The women emerged from their cars and started arguing “as a crowd of onlookers gathered and began recording the incident,” police said.

Police said DeFalco then returned to her car and “swerved right into the crowd of on-lookers.” Much of the melee was captured on cellphone videos, police said.

Two people were struck by DeFalco’s car. One of them, a male, was dragged through the parking lot “as he was trapped under the front bumper,” police said. The man was taken to University Medical Center with multiple facial fractures. The second person suffered minor injuries.

Police said the front bumper of DeFalco’s vehicle broke off from the car and was left at the scene. Police also said they interviewed witnesses who said DeFalco was the aggressor and intentionally drove her car at the onlookers.

Police said they tracked down a family member of DeFalco’s later that morning. The woman told police that DeFalco told her “she hit some kids at In-N-Out.” Police then located DeFalco at her Las Vegas apartment at 8 a.m. and arrested her.

“DeFalco admitted there was no one in front of her car preventing her from driving away and that (the other woman) never struck her but felt she wanted to,” police said. “DeFalco said she had anger issues for which she is taking medication, other mental issues, and claimed she was drunk at the time.”

Police said DeFalco asked detectives if anyone was hurt.

“I told her someone was hurt,” police said. “DeFalco asked, ‘Did they die?’ When I told her, ‘No,’ she responded, ‘Okay, then I’m good, they deserved every bit of it.’”

DeFalco has been charged with two counts each of attempted murder and battery with use of a deadly weapon and also failure to stop at an accident. She remained in custody Friday morning at the Clark County Detention Center with bail set at $100,000.

The Clark County public defender’s office is appointed to represent her. A preliminary hearing for DeFalco is scheduled for May 17 in North Las Vegas Justice Court.