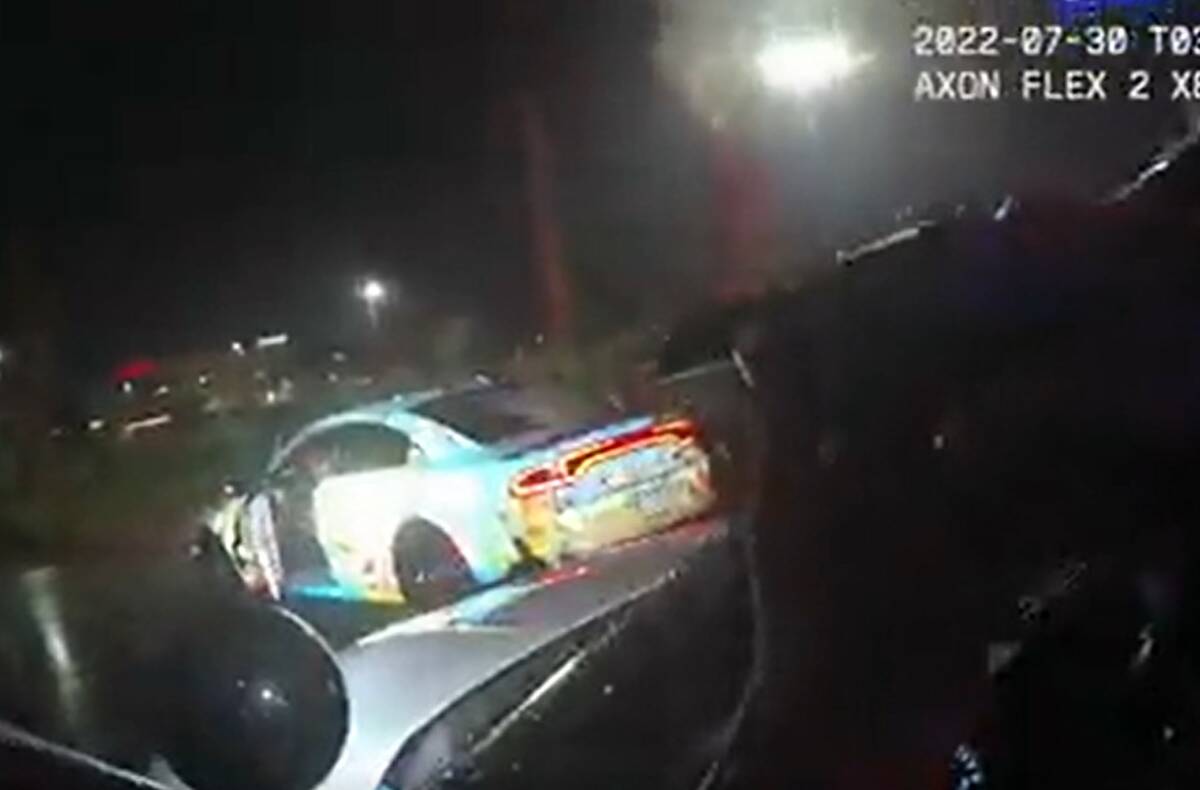 A social media personality who was driving a car decked out with “Dennis the Menace” cartoon characters was arrested after allegedly planning and promoting a street race south of the Strip.

Las Vegas police said on Twitter that Graham Liberal, 23, was arrested on July 30.

The Metropolitan Police Department credited racing apprehension and intervention detail officers with busting the would-be event near Las Vegas Boulevard and Pebble Road after getting a tip.

“Don’t come to our city and think you are going to take over!” Metro tweeted on Thursday.

Liberal has about 110,000 followers on Instagram. On YouTube he has 196,000 followers. His videos show him driving and talking about various muscle cars.

Video tweeted by police showed officers aiming their guns and shouting at the driver of a Dodge Charger, which is wrapped with imagery of “Dennis the Menace” characters and a shark, to get out of the vehicle with his hands up.

One other person was arrested on a concealed weapon permit violation, police said.

Liberal faces a charge of participating in and organizing a speed contest.