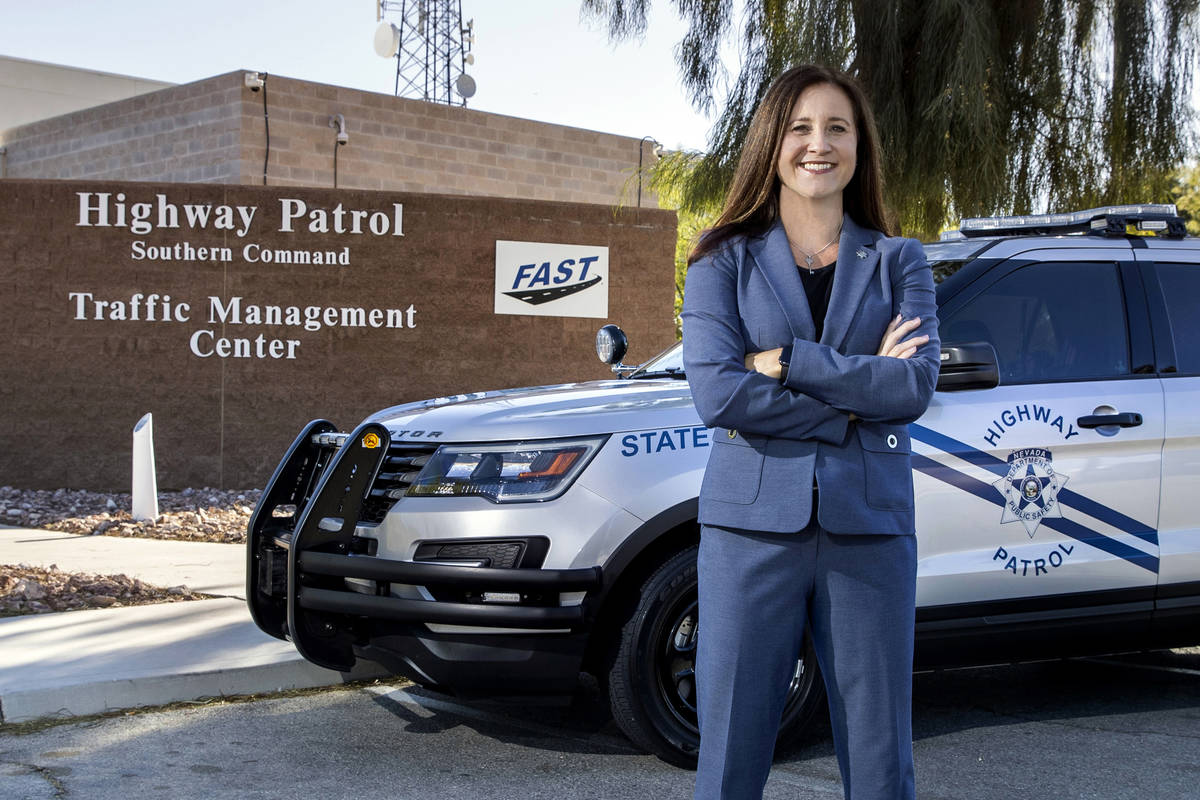 After climbing the ranks of the Nevada Department of Public Safety for the past 25 years, Anne Carpenter became the first woman appointed to Nevada Highway Patrol colonel, the agency's highest rank. (L.E. Baskow/Las Vegas Review-Journal) @Left_Eye_Images 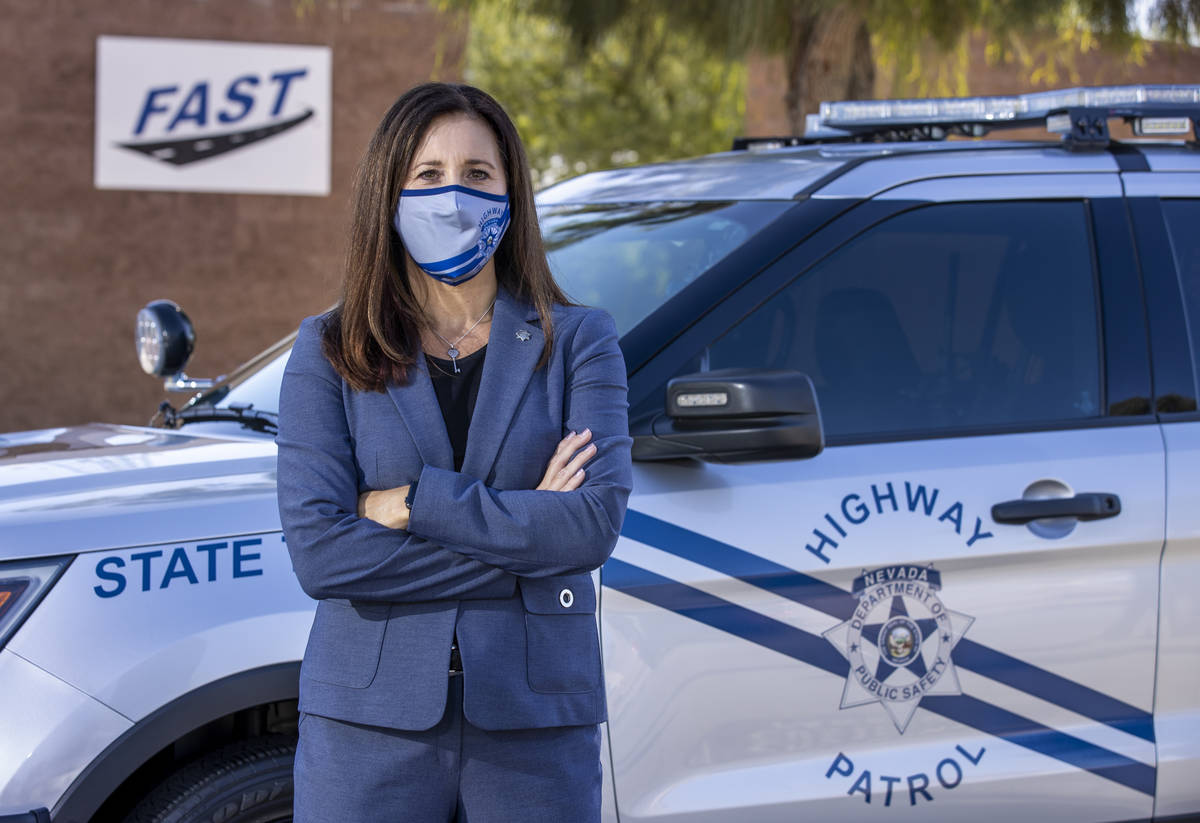 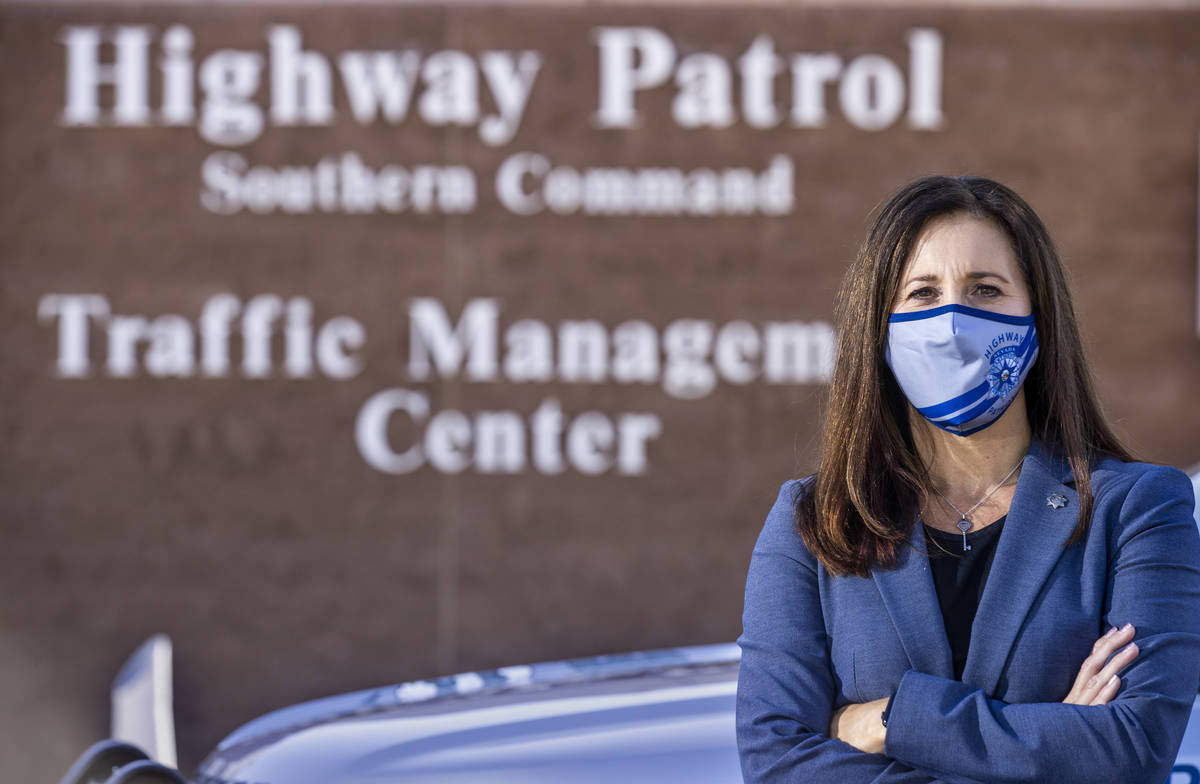 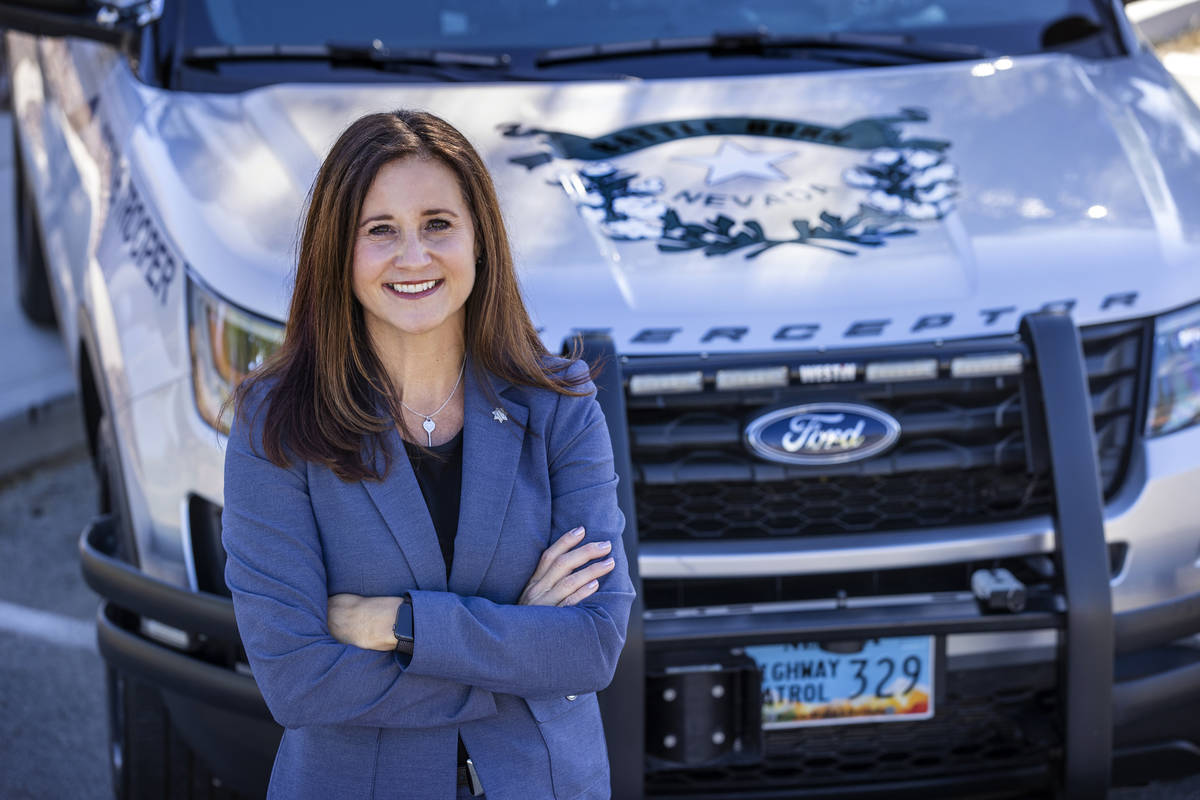 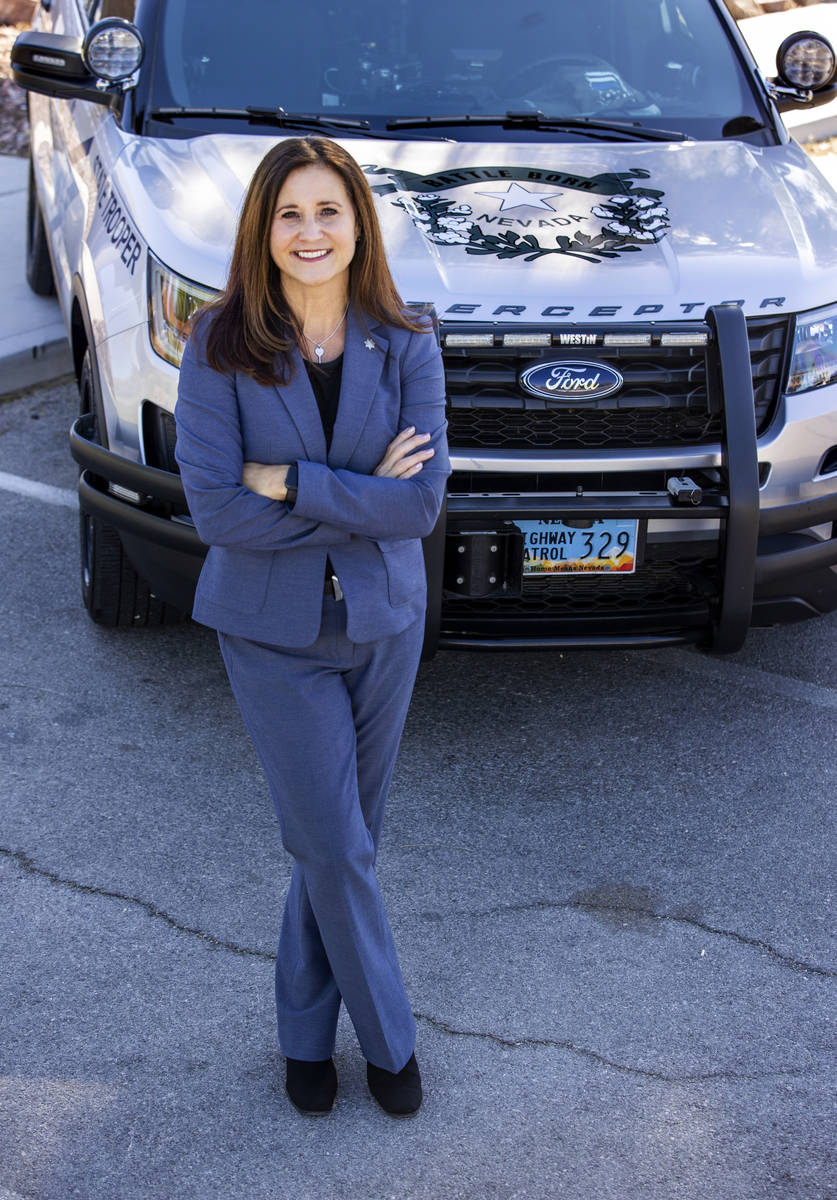 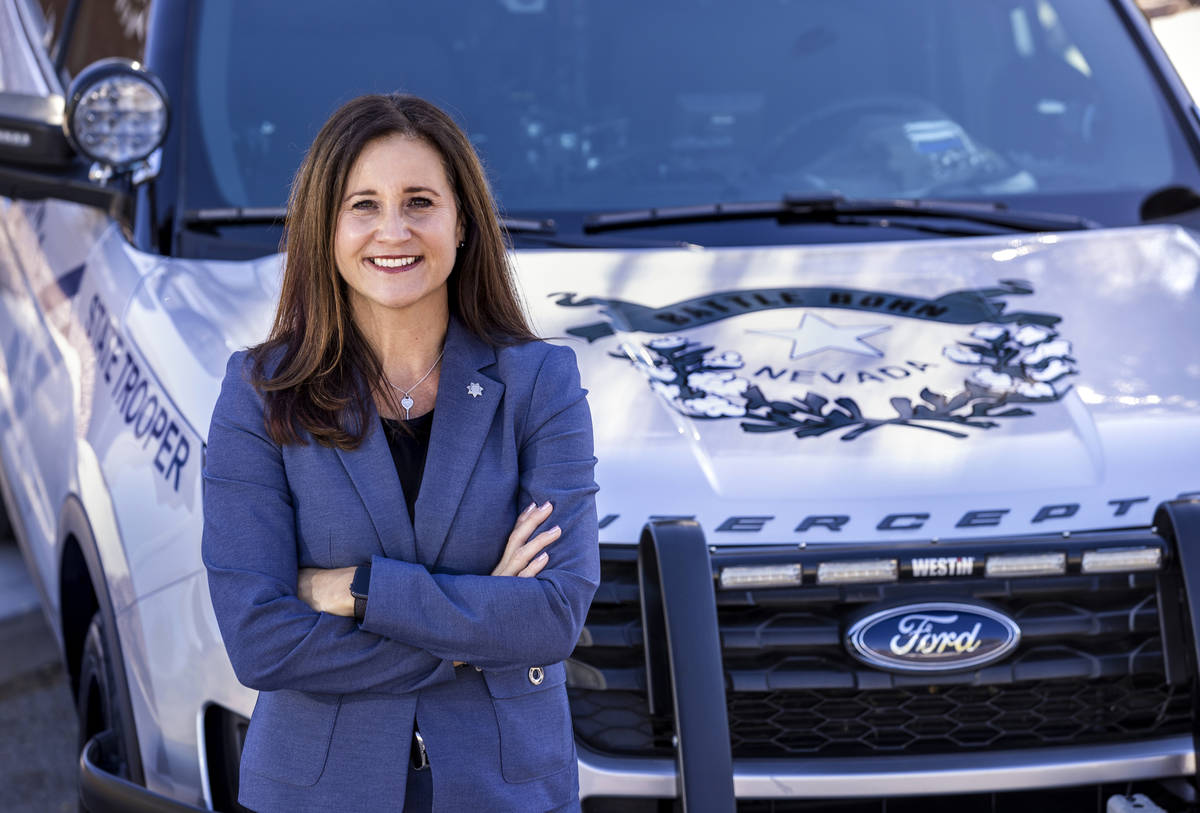 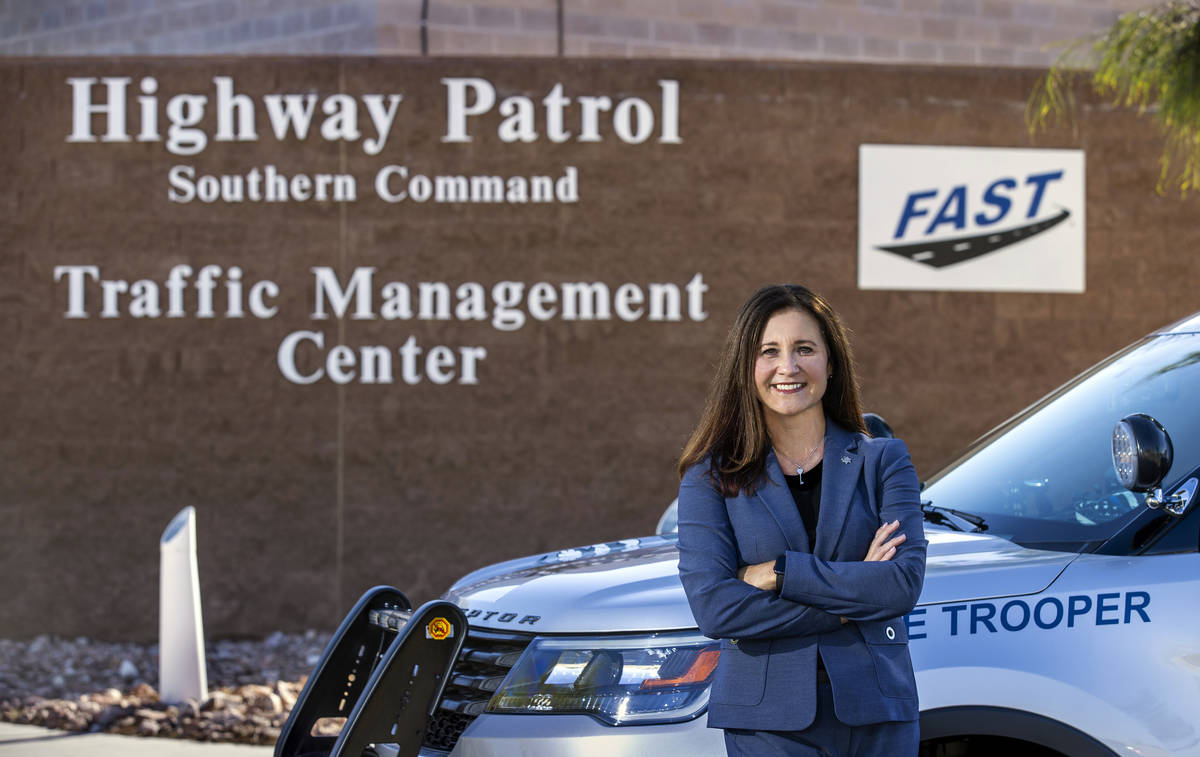 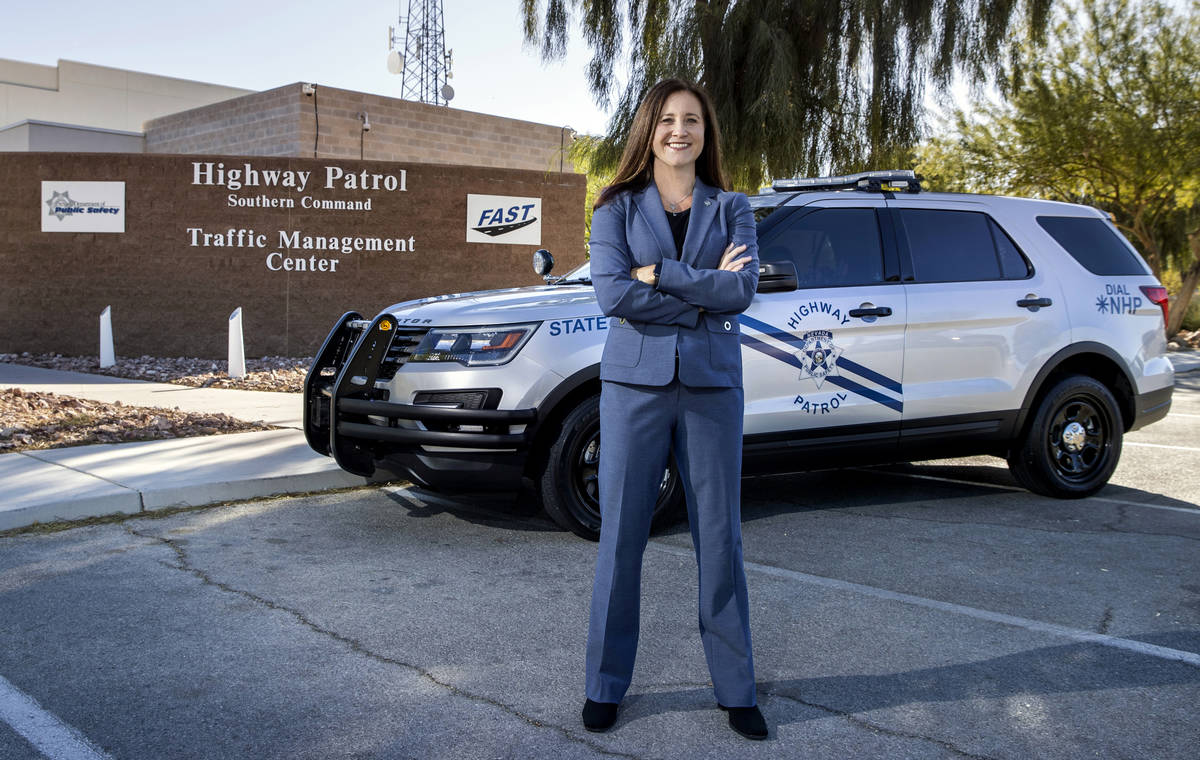 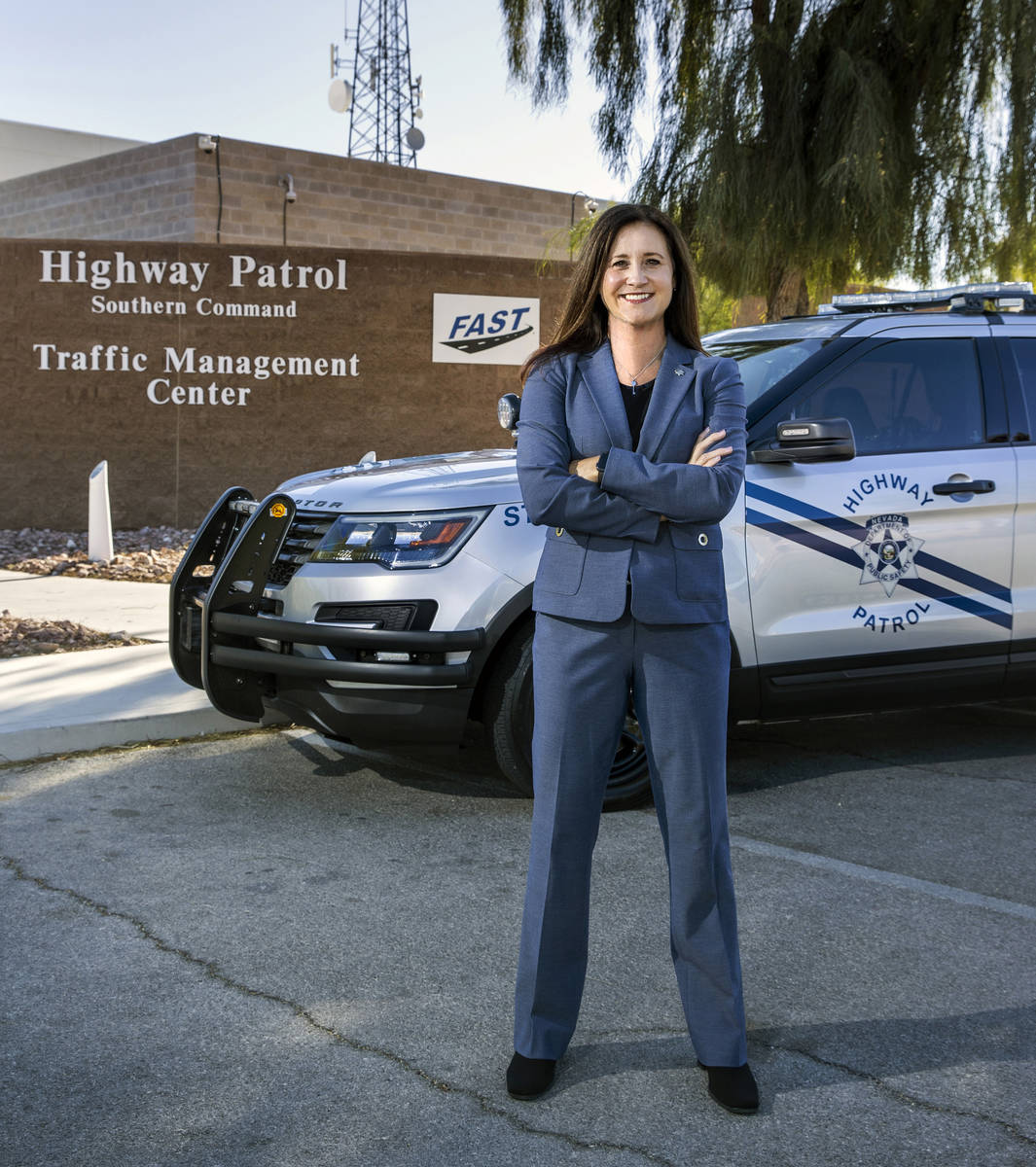 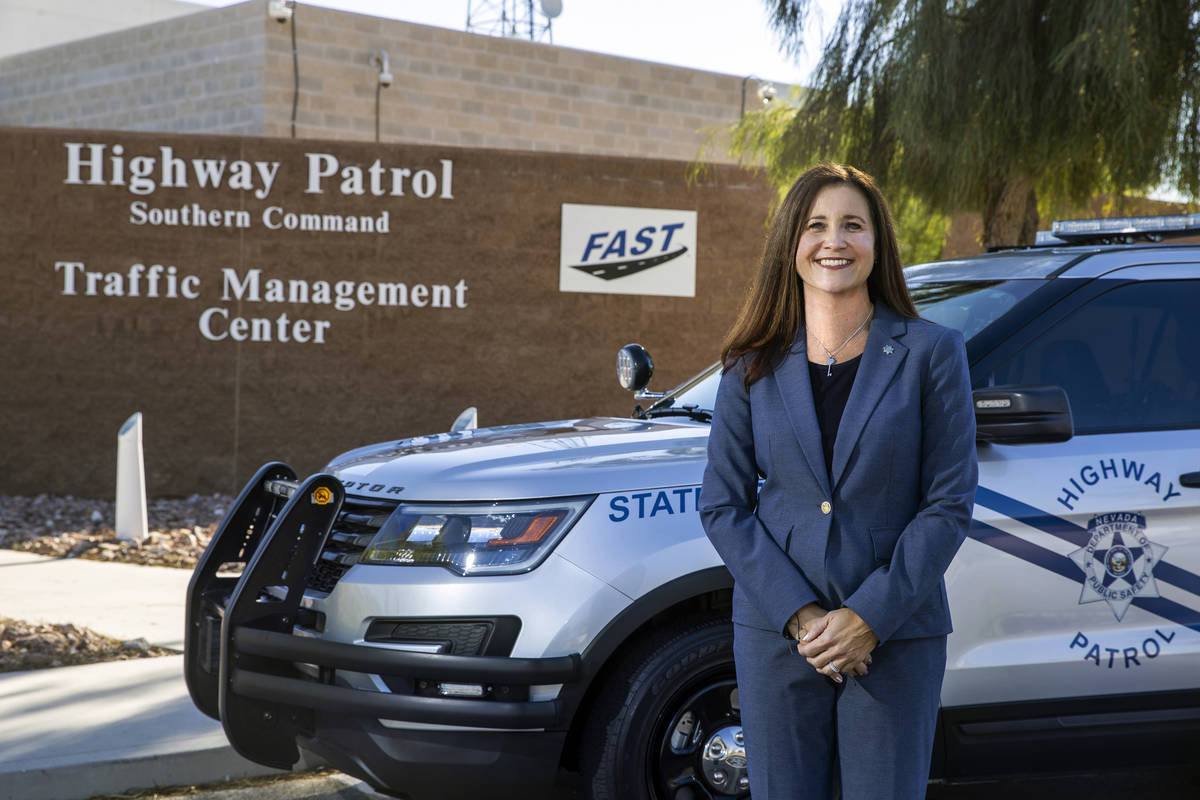 The path became clear for Anne Carpenter with the sudden news of Justice Ruth Bader Ginsburg’s death in September.

By then, retirement was calling. And Carpenter, who’d spent the past 25 years climbing the ranks of the male-dominated Nevada Department of Public Safety, was ready to answer the call.

But George Togliatti, the department’s director, had other plans for Carpenter.

The week Ginsburg died, Togliatti asked if Carpenter, chief of the Parole and Probation division, would replace retiring Nevada Highway Patrol Col. Daniel Solow. There had never been a woman in the position, he told her. She could be the first.

Togliatti gave her the weekend to think about it.

“I was happy where I was,” Carpenter, 51, told the Las Vegas Review-Journal this month. “I knew I was going to retire, and that was fine. I didn’t see the dominoes falling the way they fell.”

And then came a text from a friend, with a message so loud and clear it gave Carpenter chills: “RBG would want you to take the job.”

“This is the time to make a difference,” she told herself. After all, Ginsburg has said, “Women belong in all places where decisions are being made.”

She accepted the promotion to the Highway Patrol’s highest rank, a historic moment for the agency.

“Colonel Carpenter exemplifies leadership,” Togliatti said in a statement last month when he announced Carpenter’s appointment. “Her depth of experience is invaluable as the Department continues to unify the efforts of its Divisions to provide the highest level of service and protection for all Nevadans.”

Born in Hawaii but raised in Reno, Carpenter’s law enforcement career began in 1995 when she was in her early 20s, and it was clear on Day One of the police academy that she was unlike her peers. Almost all were raised in law enforcement families, she said, so becoming a police officer had been a childhood dream for most of them.

But Carpenter, who graduated from the University of Nevada, Reno with a bachelor’s degree in criminal justice and went on to get a master’s degree from UNLV in public administration, had always been more fascinated by the “scales of justice.” Maybe she’d go to law school, she thought, or work internationally.

“That is more who I am,” Carpenter said, “so I truly think that it’s fate that I fell into law enforcement.”

And fall into it she did.

To pay for graduate school after earning her bachelor’s degree in 1992, Carpenter landed two part-time gigs, one with America West Airlines and the other with the Department of Motor Vehicles. Through the DMV job, Carpenter made friends with a state human resources employee, who encouraged her to apply for an opening with the state as a parole officer.

“I interviewed and got the job,” she said. “So I showed up at the academy, and I didn’t realize until then that parole officers were peace officers who wear guns.”

On the first day, Carpenter wore jeans. She stuck out like a sore thumb in a sea of 49 other recruits — most of them men — wearing suits. It got her in trouble, and she was sent home that evening to write an essay as punishment.

Carpenter, who has always considered herself a rule follower to a degree, felt out of place.

Her peers were serious and nodded sharply. They conformed easily to the strict structure of the academy. Yes sir, no sir, they’d say with ease to the people in charge.

Laughing, Carpenter recalled, “I was scared out of my mind. There were moments along the way that were difficult, but now, in retrospect, when I look back, I know I’m not the kind of person that will give up. I wasn’t going to go home that day with my tail between my legs. I was going to prove that I could do it.”

She returned the next day dressed appropriately.

After graduating from the academy, Carpenter spent the next six years working as a field training officer for the Parole and Probation division. The first of many promotions in her career, to sergeant, would come in 2001, giving her a glimpse of what it takes to be in a leadership role.

By 2005, she would receive a promotion that “changed the trajectory” of her life. That year, Carpenter, who had recently given birth to her daughter, made the jump to the Highway Patrol as a lieutenant, overseeing operations on the day shift, in the rural areas and in risk management.

The learning curve was steep, Carpenter said, but she worked hard to flatten the curve. And the work she put in set her apart from her peers.

“Whatever she would set her mind to, she would get it accomplished,” said Pat Gallagher, a longtime friend and former Highway Patrol major. “She doesn’t take no for an answer.”

With a 3-month-old girl at home, Carpenter, who in those days was running on very little sleep, still found small pockets of time to do ride-alongs with her troopers. She learned the nuances of traffic stops and experienced closely for the first time the “ripple effect” of crashes.

“I’m very passionate about traffic safety,” Carpenter said this month. “The ripple effect that these substantial injury crashes and fatalities have on the community and our troopers gives me goosebumps, because it’s so intense. Families are losing moms, brothers, sisters, best friends. The troopers can’t unsee those things.”

Then, in June 2012, she rose to the rank of captain and continued to work for the Highway Patrol until 2016, when she returned to the Parole and Probation division as deputy chief. She held that position for about three years before securing the top rank of the division.

As chief of Parole and Probation, Carpenter oversaw 330 sworn officers and 264 other staff members. And for a short time, Carpenter believed she had reached the top rung of the ladder. But she would soon clear one more path for women within the Department of Public Safety.

On Oct. 19, Carpenter officially took command of the Highway Patrol.

She isn’t worried about leading nearly 600 employees, 491 of whom are officers. But she knows that she has her work cut out for her.

“What I’m nervous about is the perception of law enforcement,” Carpenter said. “But on the other side of the token, I think I can do a really great job in humanizing who we are and showing our community members that we are Nevadans. We are you. We’re your neighbors. We’re your friends. We’re your family.”

Carpenter stepped into the role at a tumultuous time for law enforcement, which faces extreme budget cuts at every level because of the COVID-19 pandemic and a racial reckoning sparked by the high-profile deaths this year of George Floyd, an unarmed Black man who died in Minneapolis police custody, and Breonna Taylor, a Black medical worker who was shot by Louisville police officers during a botched raid on her apartment.

These challenges aren’t lost on Gallagher, the former Highway Patrol major, even though he’s been retired from law enforcement for three years. But if anyone can rebuild a relationship with the community, he said, it’s Carpenter.

“She’s always been progressive, always looking for things to improve,” Gallagher said. “She doesn’t take no for an answer. If you tell her, ‘Well, it’s always been done this way,” she’ll just find a new way.”

Carpenter said she knows it will be a process. But she’s up for the challenge, because as Ginsburg once said, “Real change, enduring change, happens one step at a time.”