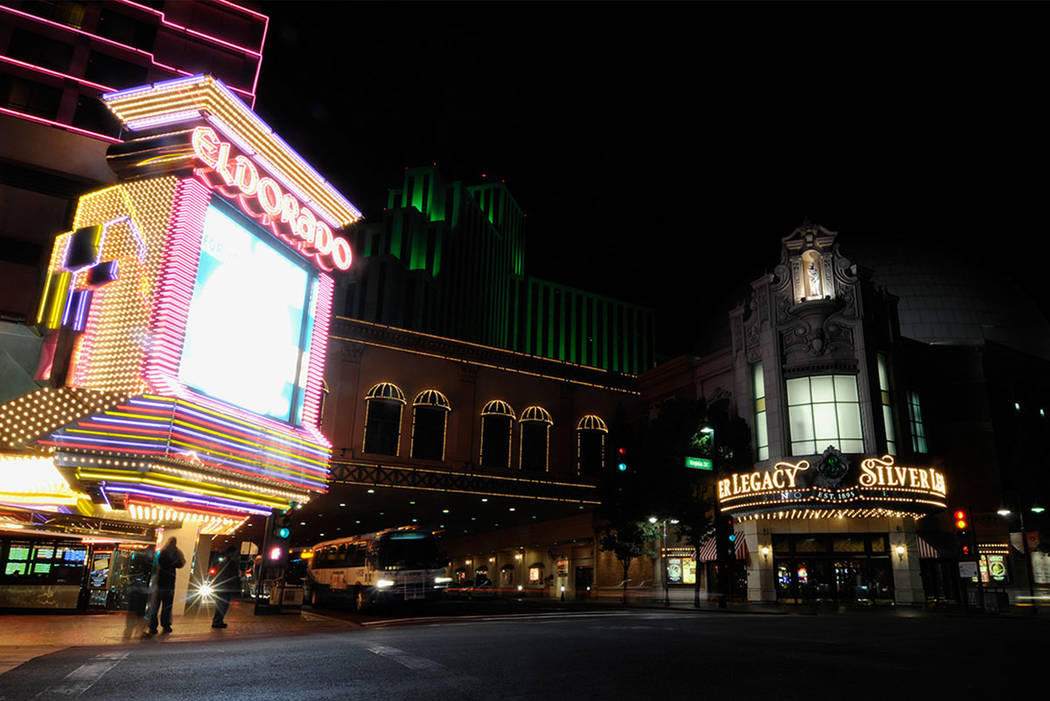 A 65-year-old man will spend the rest of his life behind bars for fatally punching a manager in 2016 at the Eldorado Resort Casino in Reno. (Las Vegas Review-Journal)

RENO — A 65-year-old man will spend the rest of his life behind bars for fatally punching a manager during a dispute at a Nevada casino.

Frederick Douglas Borden was sentenced Wednesday to life in prison without the possibility of parole, the Reno Gazette-Journal reported Friday.

Borden was convicted in September of first-degree murder for the death of 52-year-old James Bryant, a shift manager at Eldorado Resort Casino. The Washoe County district attorney’s office said in a release Thursday that Borden also was convicted of robbery and of committing fraudulent acts concerning gambling.

The case stemmed from a September 2016 incident where officials say Borden lost a best while playing blackjack.

Officials say Borden previously was convicted of 11 prior felonies, dating back to 1985.