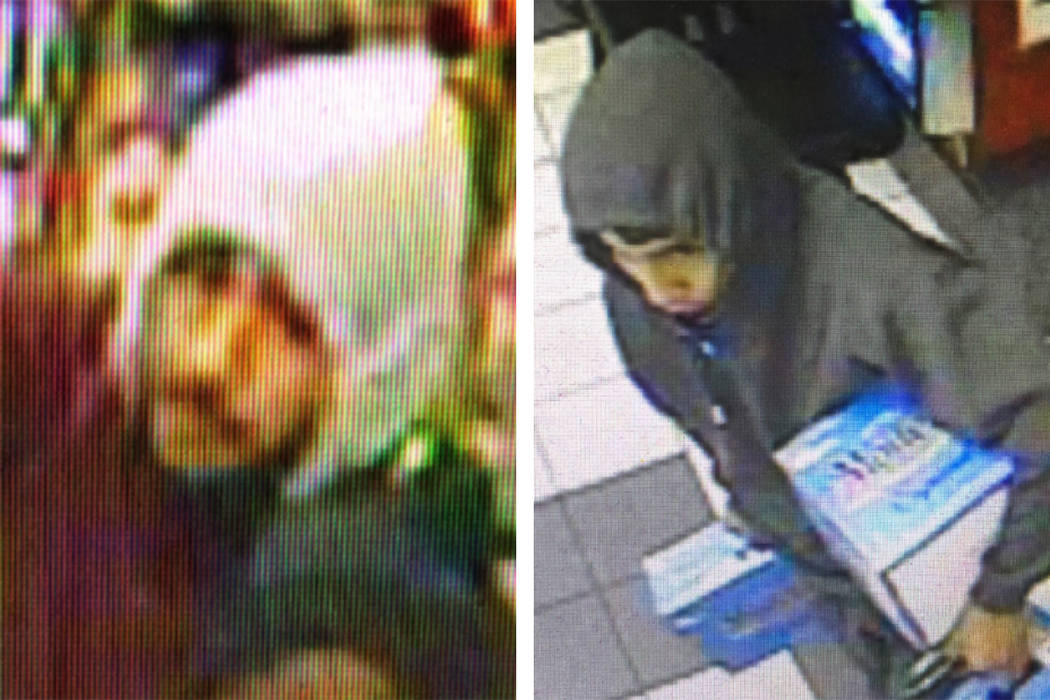 Police are looking for three men in connection to an armed robbery on Sunday, Sept. 29, 2019, on the 4000 block of North Lamb Boulevard in Las Vegas. (Las Vegas Metropolitan Police Department)

Police are searching for three men in connection with an armed robbery of a northeast Las Vegas Valley business last month.

The men entered the business just before 8:50 p.m. Sept. 29 on the 4000 block of North Lamb Boulevard, near East Alexander Road, according to a Las Vegas Metro news release. They showed a firearm and demanded money from the register. The victim complied, and the men left with an undisclosed amount of money and merchandise.

All three men are thought to be between 18 and 21 years old.