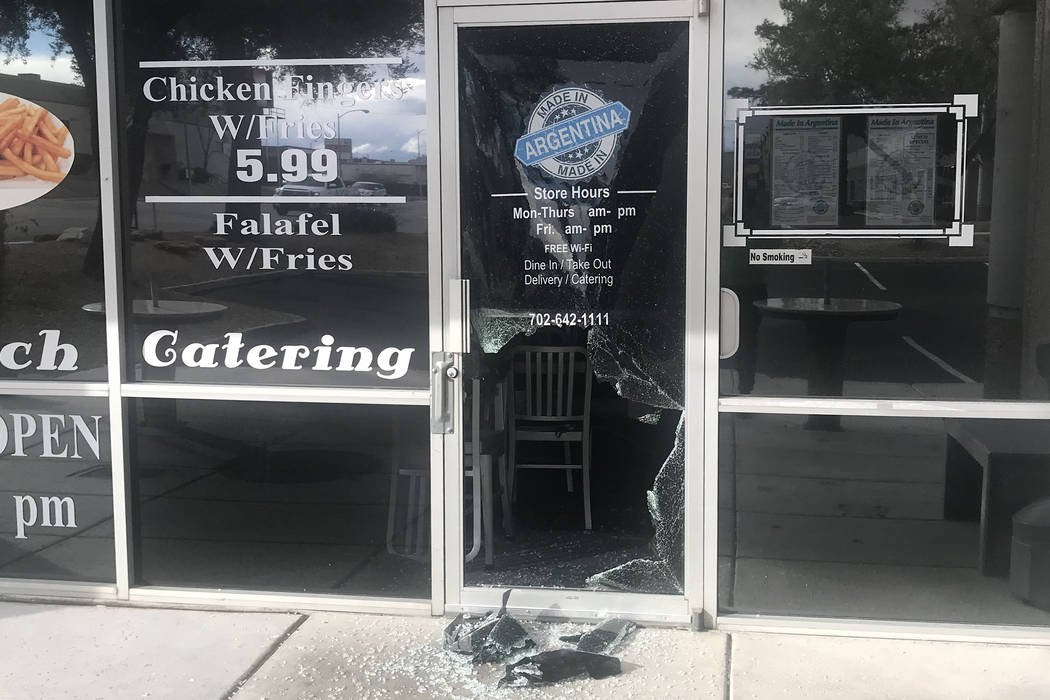 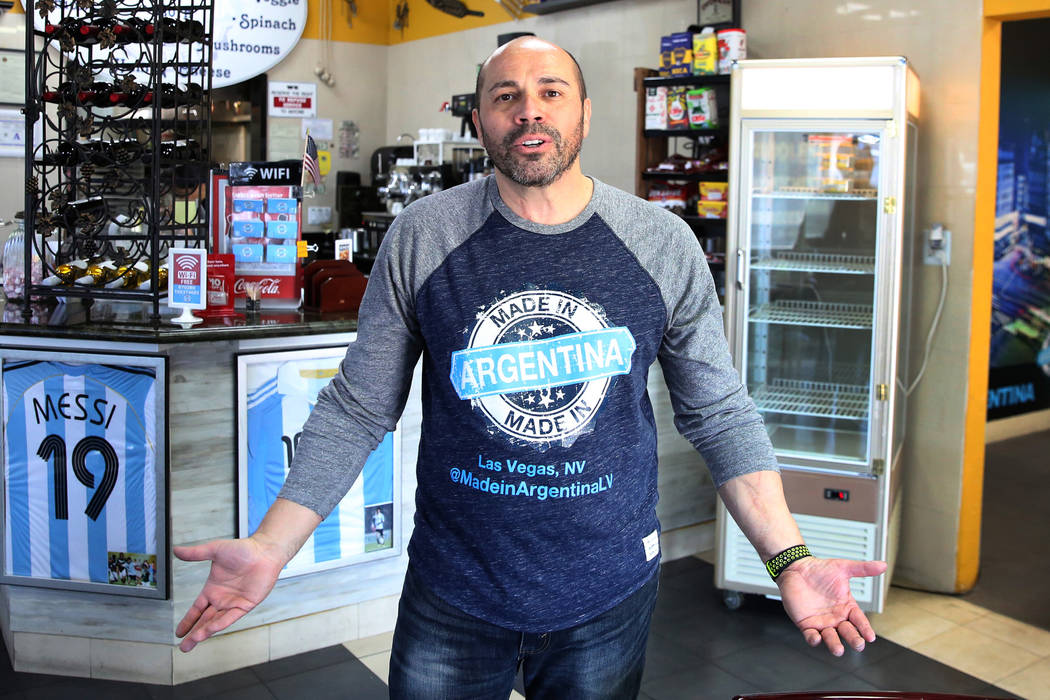 Made in Argentina restaurant owner Pablo Rodriguez talks about his loss while posing for a photo on Tuesday, Feb. 19, 2019, in Las Vegas. A thief stole $10,000 worth of cash, electronics, and empanadas when he broke into Rodriguez Central Valley business early Sunday morning. Bizuayehu Tesfaye/Las Vegas Review-Journal @bizutesfaye 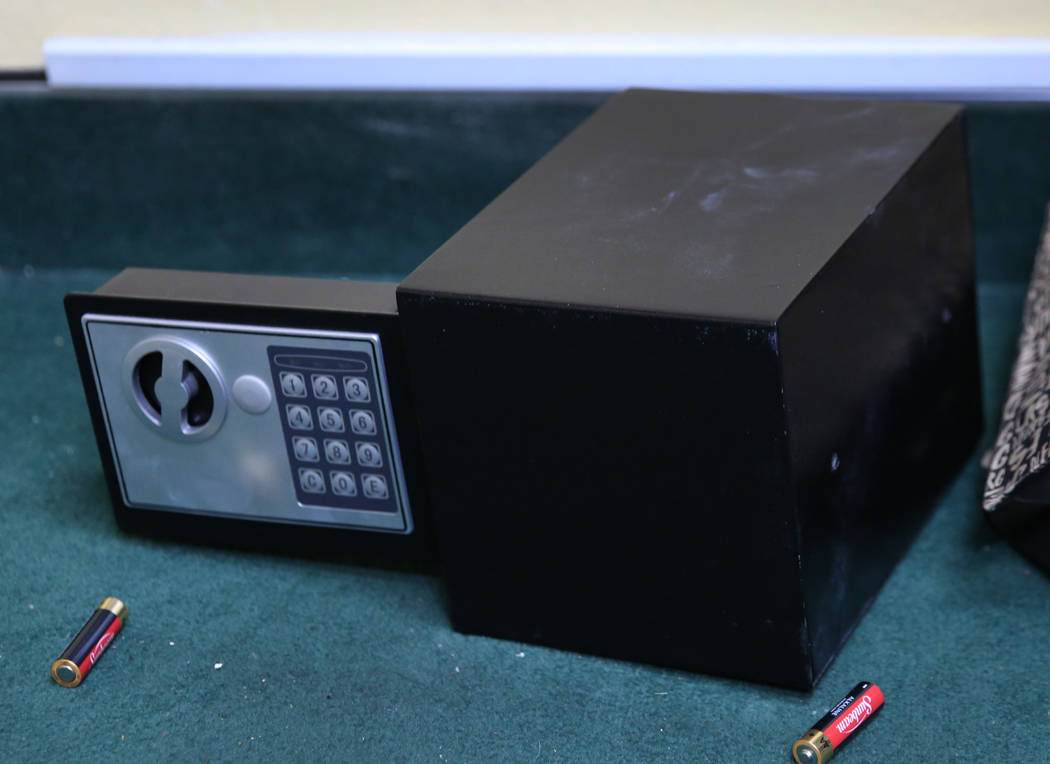 A vandalized safe is seen at Made in Argentina restaurant on Tuesday, Feb. 19, 2019, in Las Vegas. A thief stole $10,000 worth of cash, electronics, and empanadas when he broke into Pablo Rodriguez Central Valley business early Sunday morning. Bizuayehu Tesfaye/Las Vegas Review-Journal @bizutesfaye 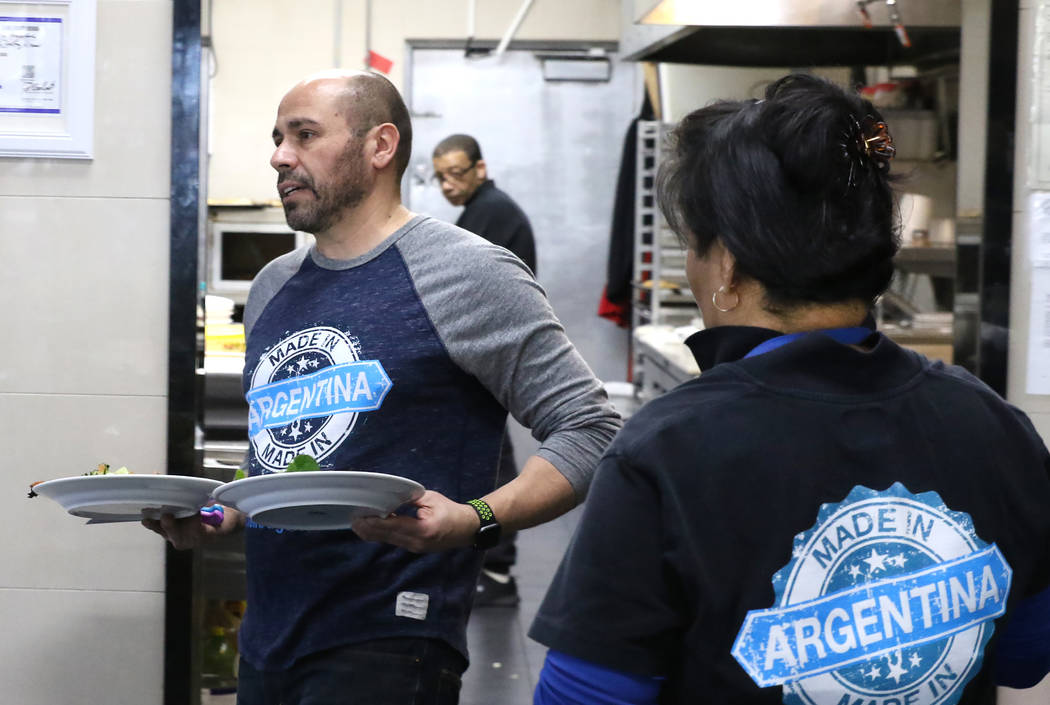 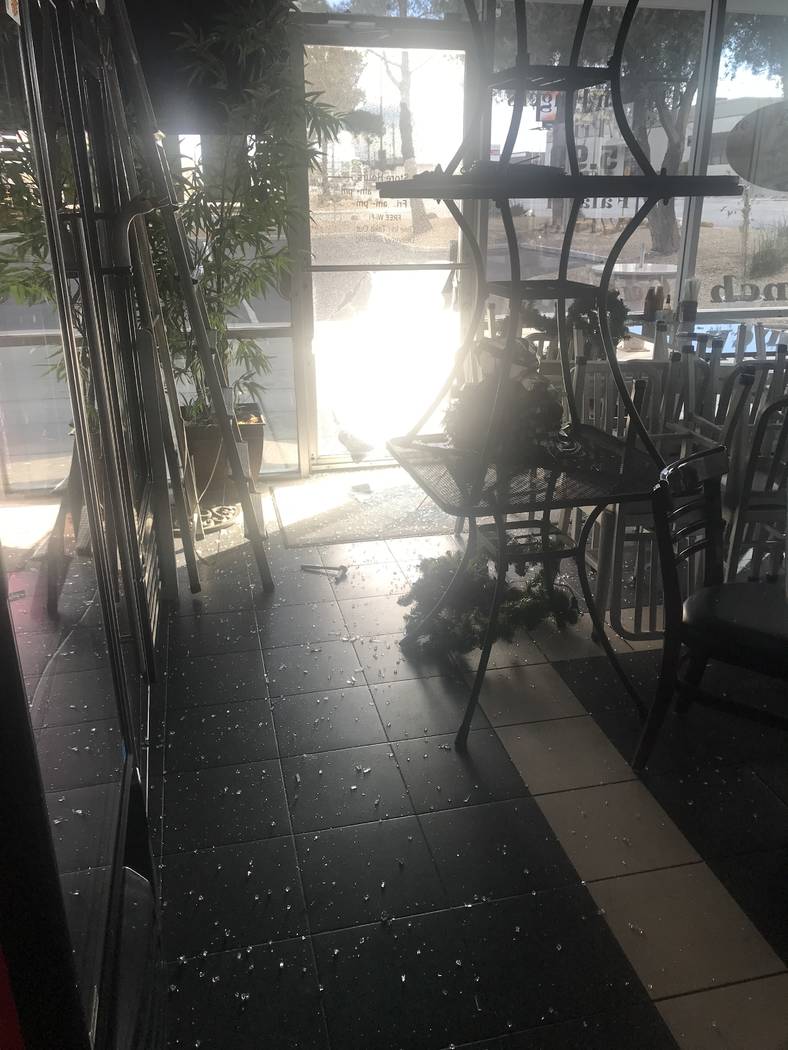 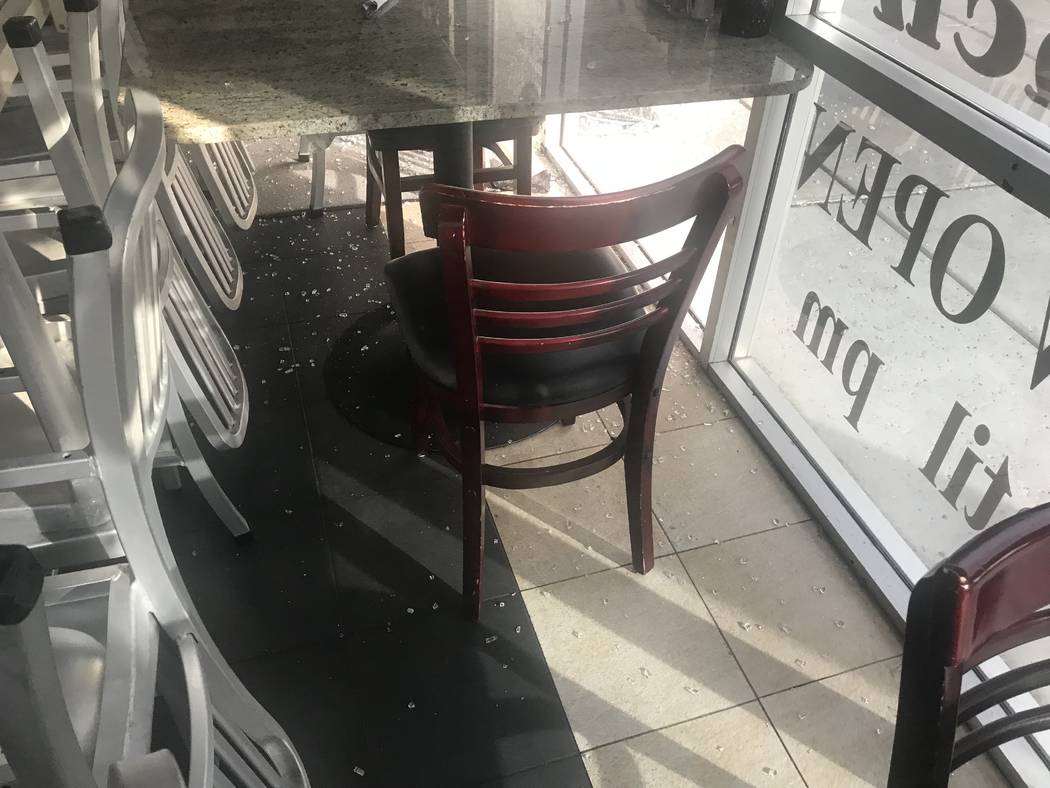 There is still a portion of disbelief and sadness for Pablo Rodriguez after a weekend break-in at his restaurant west of the Las Vegas Strip.

Then a hint of pride comes through.

“We’re very famous in the neighborhood because of our empanadas. And the guy ate six of them, the big ones, so I tried to laugh a little bit,” he said.

The burglary occurred around 3 a.m. Sunday at Made in Argentina, on South Valley View near Hacienda Avenue, according to Rodriguez and Metropolitan Police Department records. Rodriguez said that although the restaurant is not open on weekends, he usually shows up to do maintenance or prep work for the upcoming week. He parked in the back of the building and entered.

“When I get in, I didn’t see anything abnormal. Then I … saw shattered glass on the floor and say,’What’s going on?’ I thought the bottles might have exploded from the refrigerators, maybe freezing.

“Then I see the big hole in the front door, and then right away went to the register and saw it was open.”

Rodriguez estimated loss and damages around $10,000, including more than $5,000 in cash missing.

“The guy had a decent time here, was here at least 30 minutes. That’s what my videos show,” he said.

Rodriguez emigrated from Argentina 20 years ago and worked in kitchens at MGM Grand and Paris Las Vegas before opening his place 18 months ago.

“I’m still struggling; it’s not easy,” he said. “But the hardest part of my life was 20 years when I came to this country … left my family, my friends. It’s just another stone in the way. This is nothing that’s not going to fulfill my American dream. I love this country.”

Repairs to the front door of the restaurant were completed Tuesday. Rodriguez, who became a U.S. citizen last year, said he is working to bring his daughter, Candelaria, 21, to Las Vegas because she wants to work with him in the business.