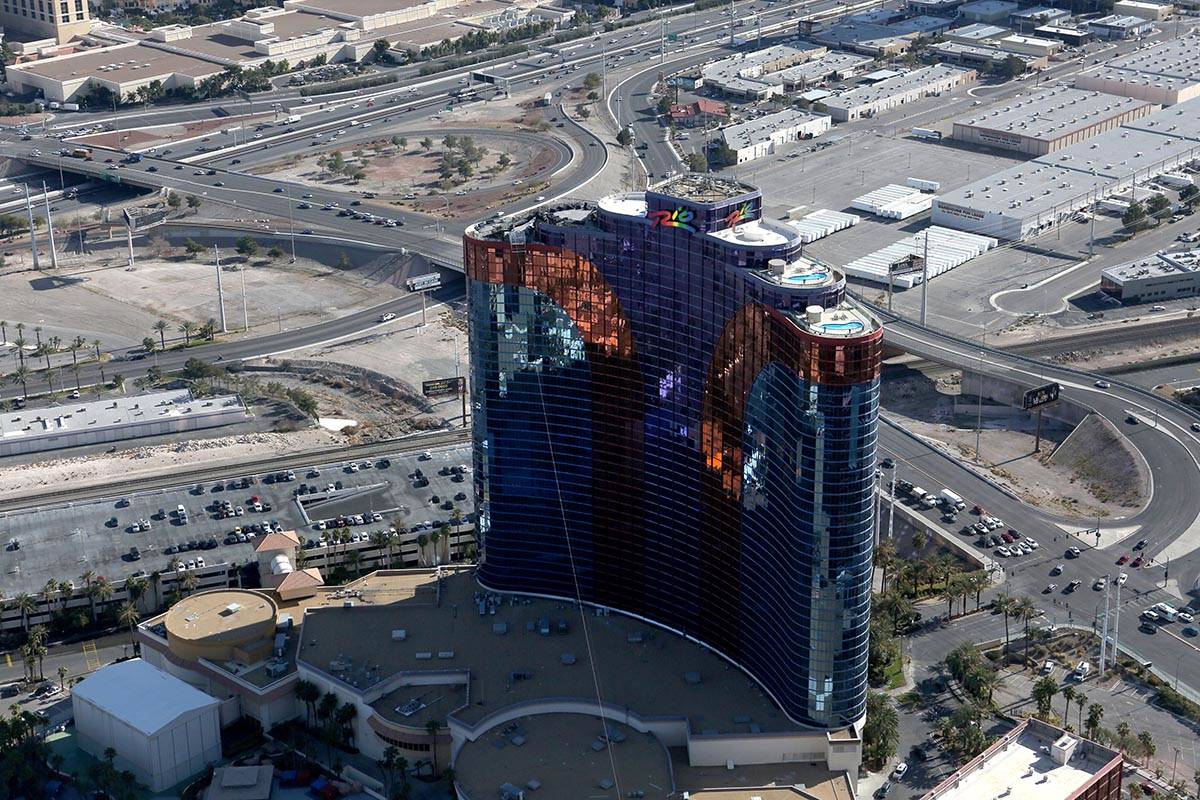 An aerial view of the Rio All-Suite Hotel and Casino from the Goodyear blimp on Tuesday, Jan. 7, 2020. (Michael Quine/Las Vegas Review-Journal) @Vegas88s

A man sought in the 2011 robbery of gambling chips from a pai gow table at the Rio has been arrested by the FBI in Los Angeles.

Extradition proceedings are pending against Steven Gao, the FBI’s Los Angeles office said in a tweet.

“A man wanted for stealing 30K plus in casino chips from a Las Vegas casino before fleeing the U.S. was arrested by the FBI’s LA Fugitive Task Force on behalf of @FBILasVegas,” the tweet said.

The Review-Journal reported in 2013 that the brazen heist involved three individuals, Gao, Edward Land and Hiroyuki Yamaguchi. Authorities said Gao had a gambling problem and was trying to get money to pay a $15,000 debt to Land.

On the day of the robbery, Land drove Gao to the casino believing Gao was going to get his money. When they arrived, Gao took out a revolver and a mask and carried out the robbery. Authorities believed Gao subsequently fled to China. At Land’s home, near West Spring Mountain Road and South Durango Drive, investigators recovered $17,000 in Rio chips, a wig and a shoulder bag possibly used by Gao in the robbery.

Land pleaded guilty to robbery and conspiracy. Yamaguchi pleaded guilty via an Alford plea to the same charges. An Alford plea means that Yamaguchi did not admit guilt but agreed that prosecutors could prove their case. Yamaguchi received two to six years in prison. The Review-Journal reported that Land skipped bail in 2013 prior to a sentencing hearing and was on the lam. A sentencing disposition for Land was not immediately discernible Tuesday morning based on online court records.