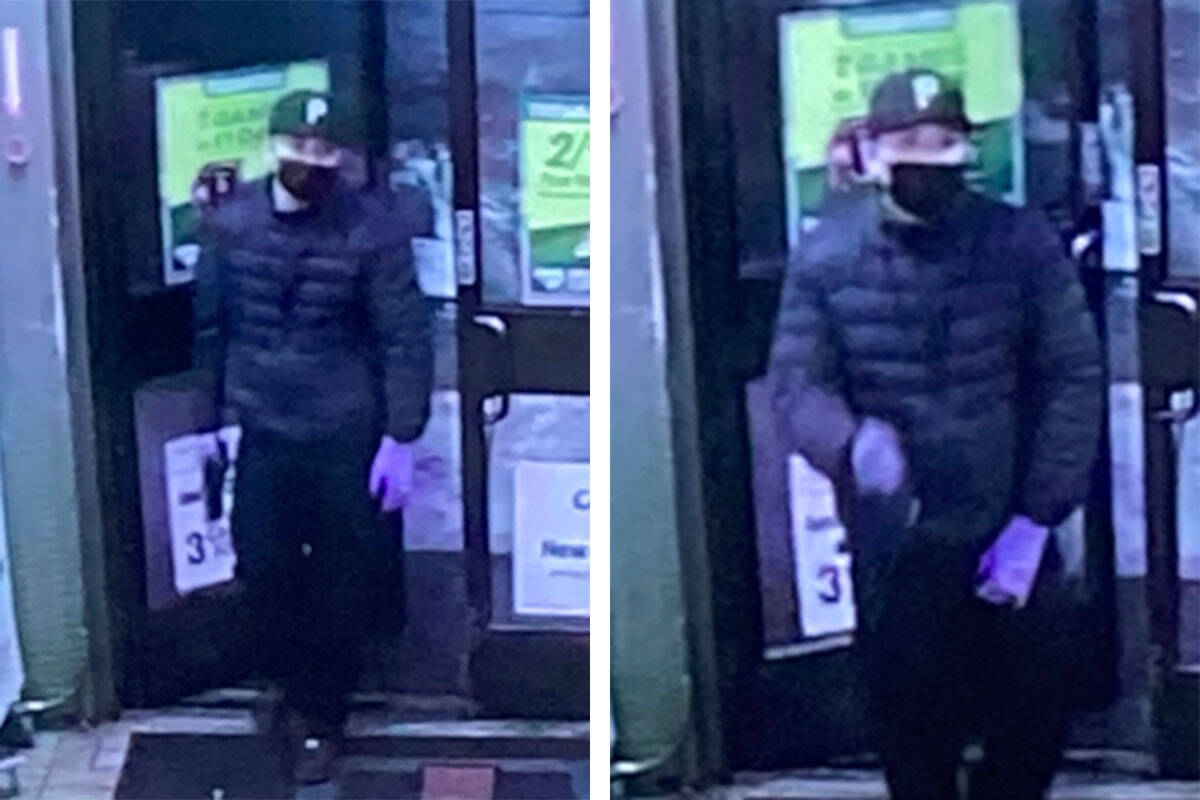 Police are seeking a man in connection with two recent armed robberies in Las Vegas. He is seen here on Monday, Dec. 5, 2022, at a business on West Wyoming Avenue and South Commerce Street. (Metropolitan Police Department)

The first occurred around 2:25 a.m. Monday at a business in the area of West Wyoming Avenue and South Commerce Street, according to a Metropolitan Police Department news release. The second happened around 12:45 a.m. Tuesday at a business near the 3800 block of East Charleston Boulevard.

In both instances, the man pulled out a handgun and fired while demanding money from the victims. There were no injuries in either robbery.