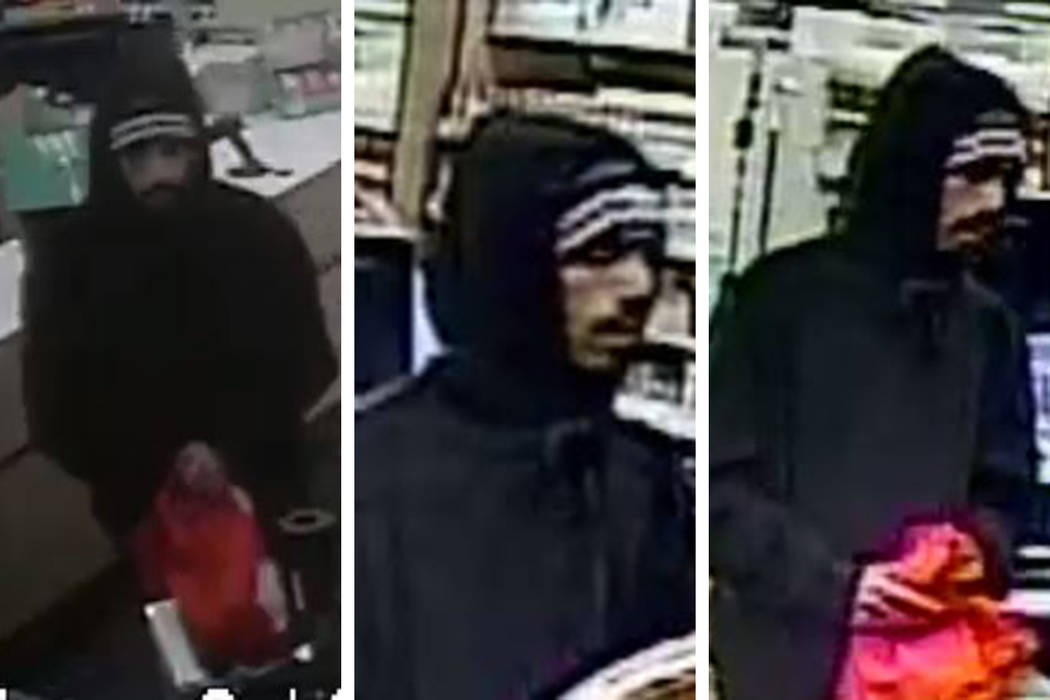 Police are searching for a man in connection to an armed robbery that occurred Monday, Feb. 24, 2020, at a business on the 6800 block of West Tropicana Avenue in Las Vegas. (Las Vegas Metropolitan Police Department)

Police are searching for a man in connection to an armed robbery that occurred Monday morning in the western Las Vegas Valley.

The man entered the business around 4:50 a.m. on the 6800 block of West Tropicana Avenue, near South Rainbow Boulevard, according to a Metropolitan Police Department news release.

The man left with an undisclosed amount of money, and no injuries were reported.

He is described as in his 20s, about 6-feet and weighing between 180 and 200 pounds, with brown eyes and a black mustache. He was last seen wearing a black-hooded jacket, dark jeans and black and white shoes.