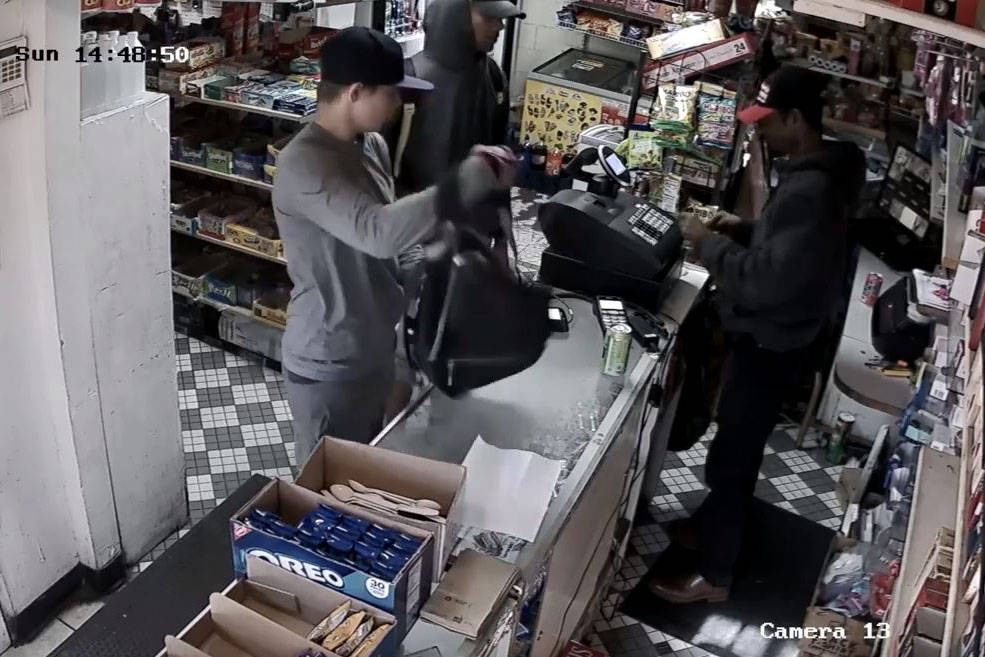 Detectives from the North Las Vegas Police Department are asking for help in identifying suspects from a robbery this month at a convenience store.

Police were called around 2 p.m. Feb. 10 to the store on the 1600 block of North Main Street. According to police, two men, one white and one Hispanic, entered the store, walked over to the drink cooler section and asked a few questions about the inventory.

The first suspect is described as a young Hispanic male adult, 5-foot-8 and 150 pounds, with a thin build. He was last seen wearing a black baseball hat, gray sweater and grey pants.

The second suspect is described as a young white male adult, 5-8, 150 with a thin build. He was last seen wearing a black and purple baseball hat, gray shirt, striped gloves, and gray pants.