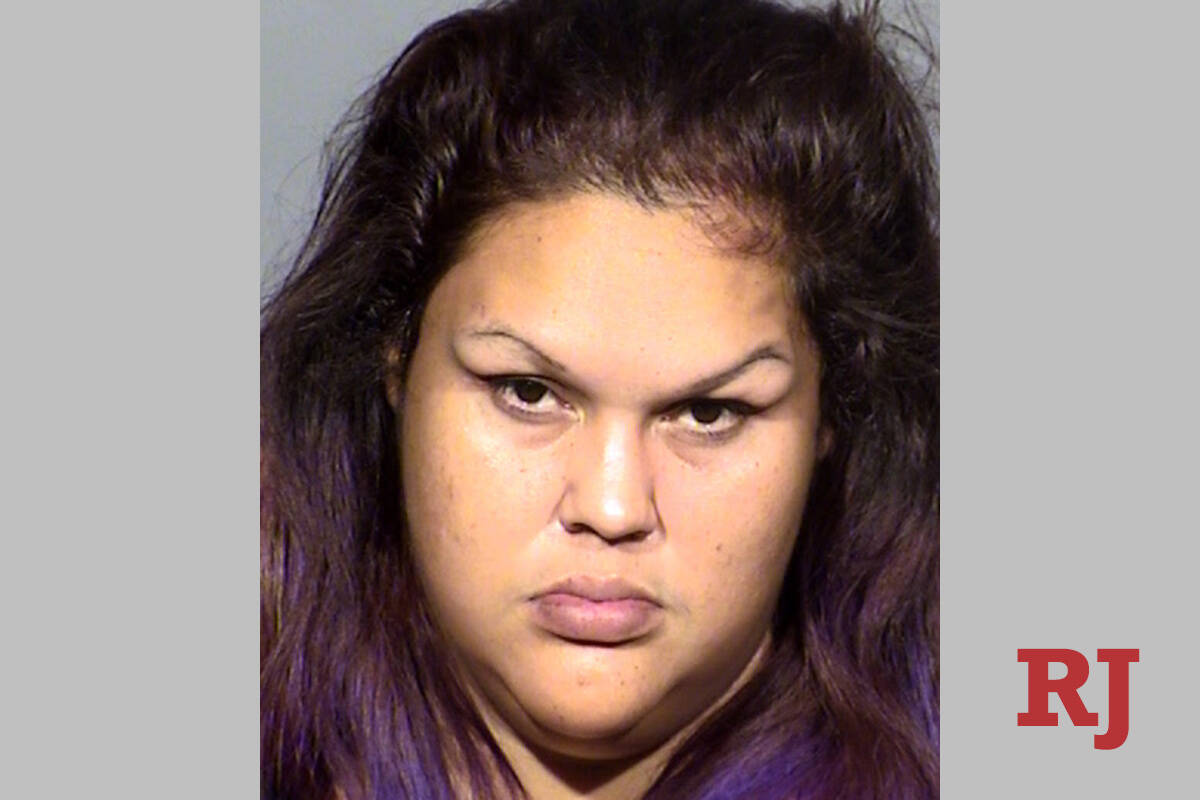 An arrest report from the Metropolitan Police Department accused Aceves of stealing $346 worth of merchandise on Oct. 5 from a Summerlin Albertsons at 1940 Village Center Circle.

After employees tried to stop her from leaving with diapers, liquor and detergent, she “charged” at an employee with a box cutter and cut the man’s arm, he told police.

Later that day, employees at the Walmart at 3615 S. Rainbow Blvd. tried to stop Aceves from stealing a motorized children’s vehicle and she is accused of charging at the employees with a “large machete knife,” police said.

Video from the store showed her swinging the machete and making threats to kill a female employee before she slashed the woman’s thigh.

Aceves was arrested in the Walmart parking lot and police said she admitted to robbing the Albertsons.

Aceves was charged last week with burglary of a business and possessing identification to commit forgery stemming from an unrelated incident in March, according to court records.

She is being held without bail and is scheduled to appear for both cases on Oct. 25.