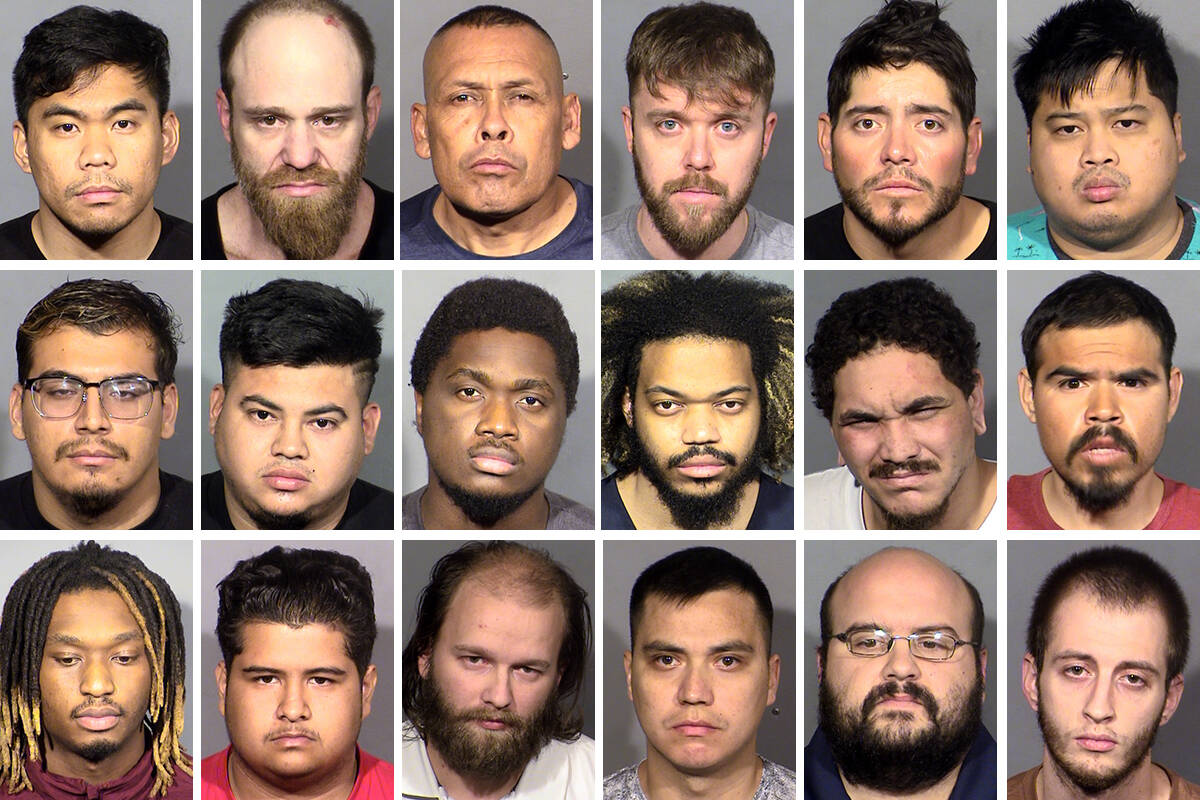 Eighteen men were arrested and accused of attempting to meet with minors for sex.

Officers were posing as juveniles online, and the men were attempting to meet up with the undercover detectives, police said.

“Parents are reminded to discuss with their children the dangers of online chats with strangers,” Metro wrote in the statement.

The FBI, Department of Homeland Security, Henderson and North Las Vegas police and the state attorney general’s office participated in the investigation.

Maness was charged with luring a child for a sex act, possession of documents to commit forgery and possession of a controlled substance.

Napoles, Melo, Anico, Diaz-Iniguez, Gurrola, Spencer, Book, Isiwa-Bongwalanga and Johnson were charged with luring a child for a sex act.

Burgos, Parnell, Colunga, Perez-Solis, Minnis, Galvez and Gutierrez-Navarro were each booked on suspicion of luring a child for a sex act.

Whitton was charged with attempted sex assault of a child under 14 and possession of a controlled substance.