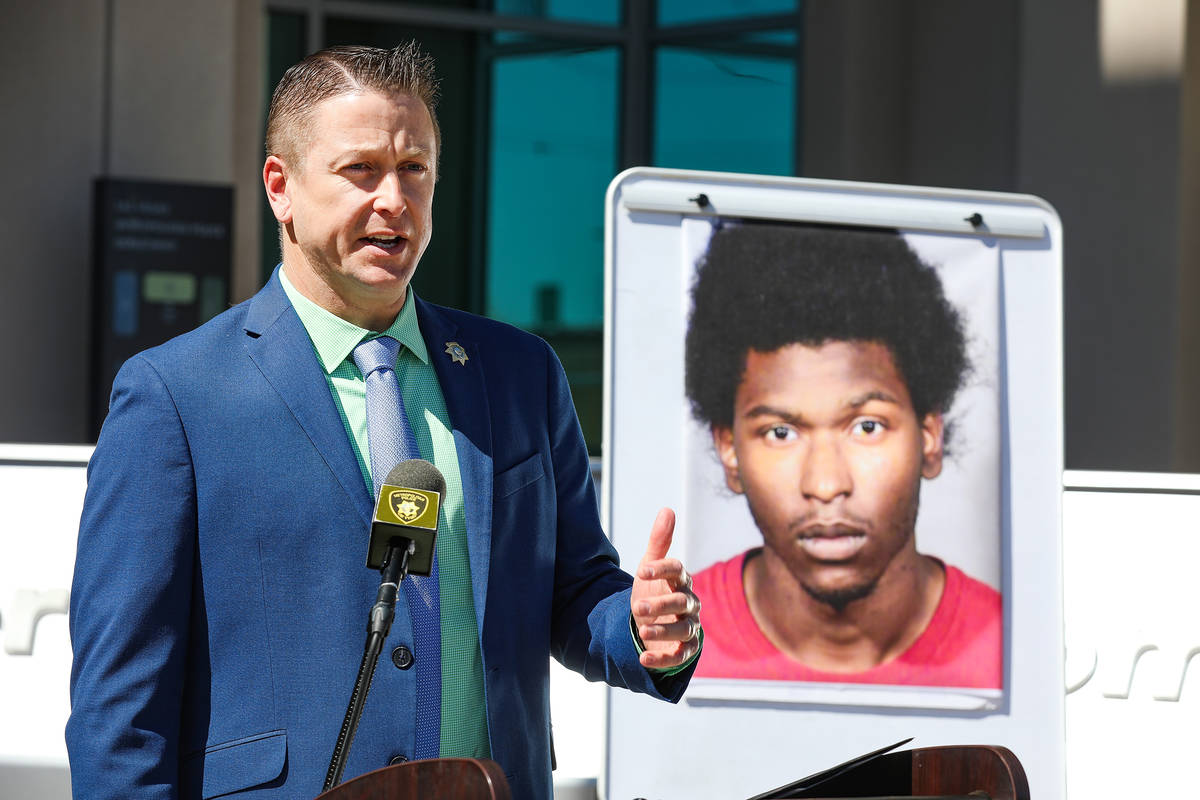 Sex Crimes Lieutenant Richard Meyers addresses the media next to a photo of Laparese Jones, the suspect arrested for the March 8 sexual assault in the northwest valley, at Metro Headquarters in Las Vegas, Wednesday, March 17, 2021. (Rachel Aston/Las Vegas Review-Journal) @rookie__rae 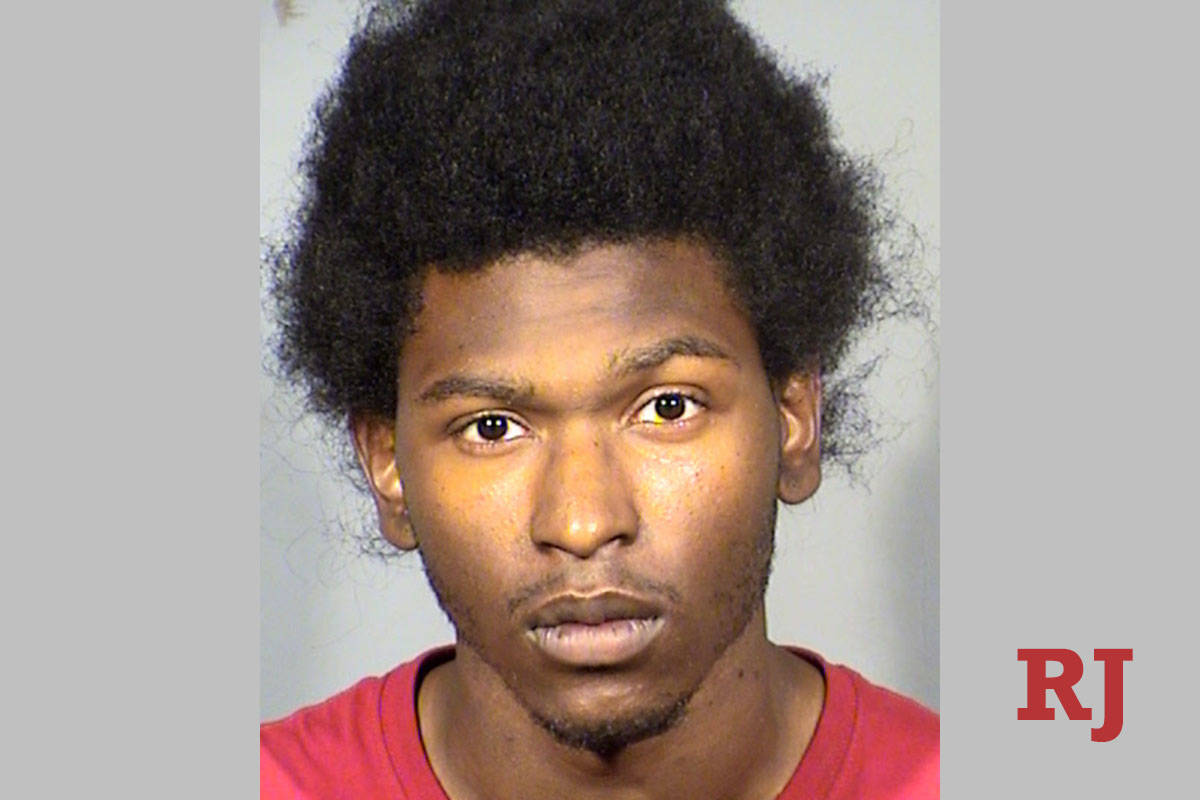 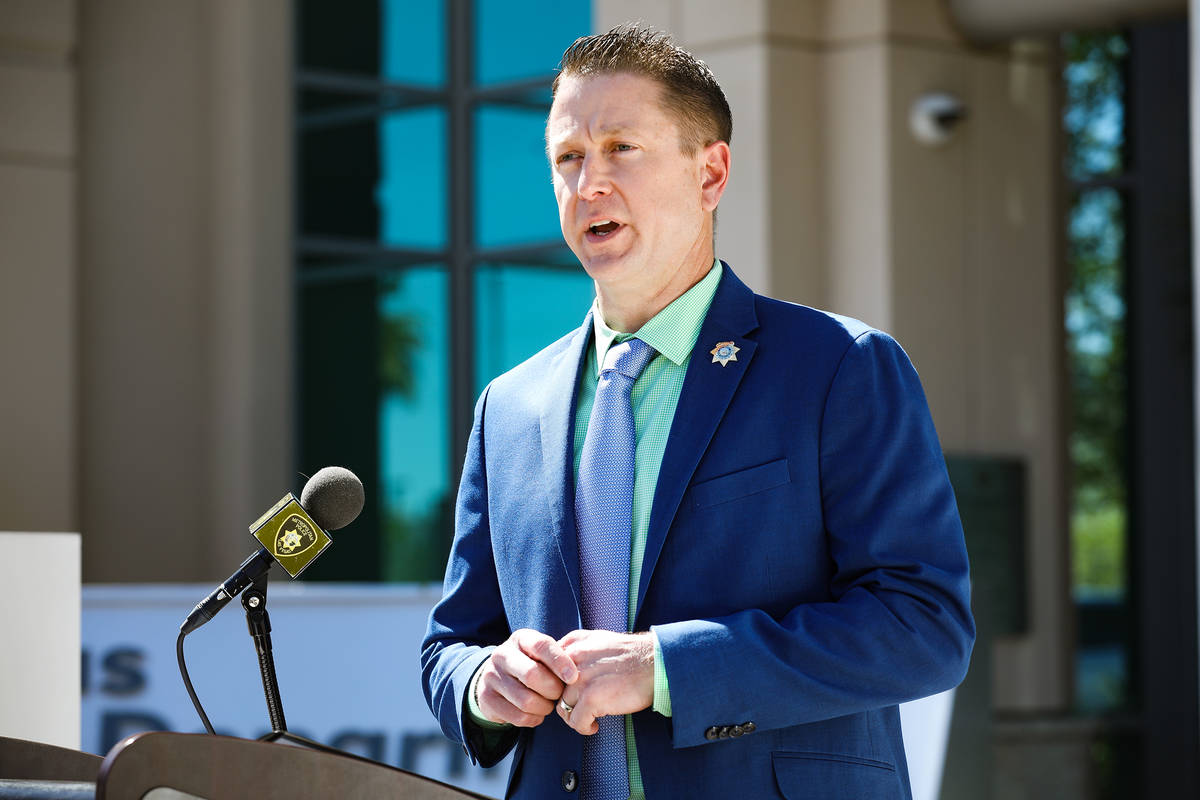 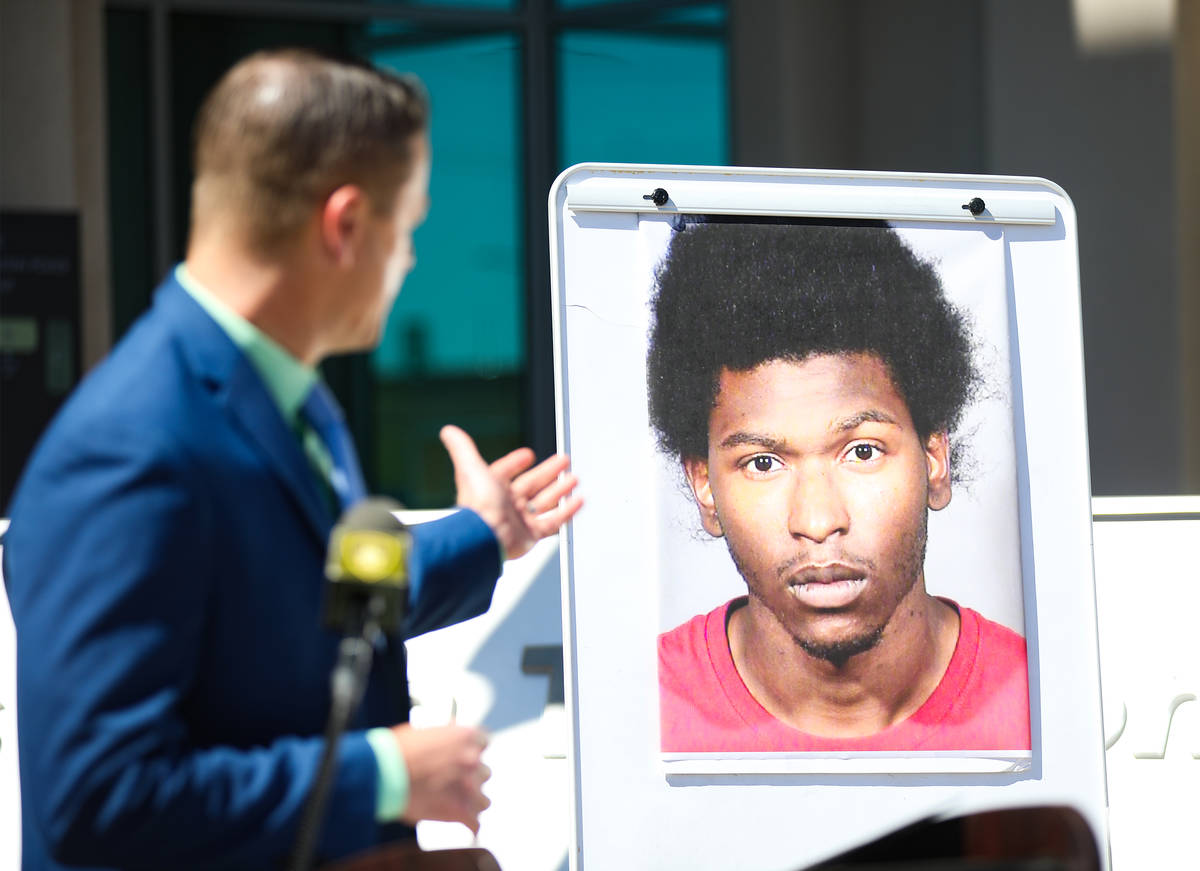 Sex Crimes Lieutenant Richard Meyers addresses the media next to a photo of Laparese Jones, the suspect arrested for the March 8 sexual assault in the northwest valley, at Metro Headquarters in Las Vegas, Wednesday, March 17, 2021. (Rachel Aston/Las Vegas Review-Journal) @rookie__rae

An 18-year-old man was arrested Tuesday after police identified him as the suspect in a west Las Vegas sexual assault.

The March 8 attack happened at an apartment complex on the 2000 block of Torrey Pines Drive. A woman was walking her dog about 7 a.m. when Jones pushed her to the ground and started sexually assaulting her, Metropolitan Police Department sex crimes Lt. Richard Meyers said in a briefing Wednesday afternoon.

Last week, police said the woman fought back and was able to call 911.

Meyers said investigators knocked on over 1,000 doors in the area in a dayslong attempt to identify Jones. The department got lots of tips from the public, though Meyers said none of them led to Jones’ arrest.

Jones was arrested near Vegas Drive and Rainbow Boulevard on Tuesday and booked into the Clark County Detention Center. He has a court hearing scheduled for Thursday morning.

Meyers said Jones has not been linked to any other sexual assault cases.

Anyone with information about the case may contact Crime Stoppers at 702-385-5555.