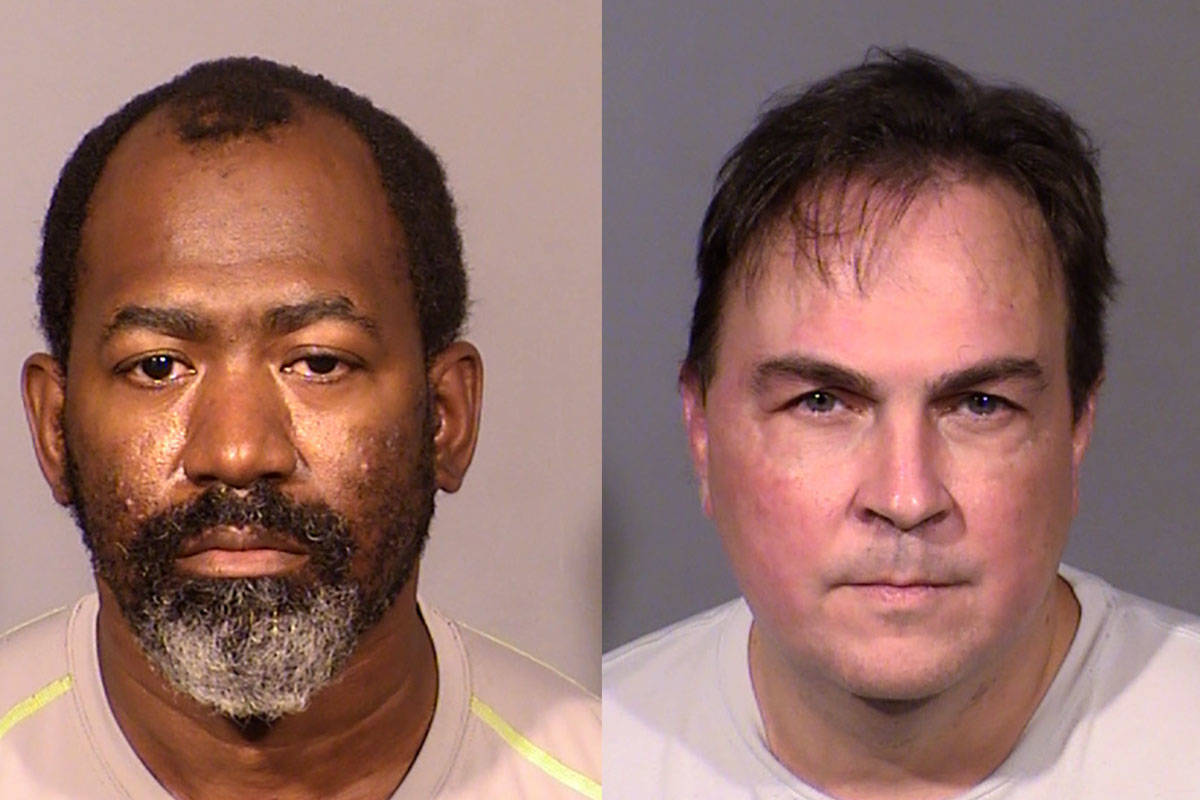 Timothy Dean Bennett, 47, and Lester Jenkins, 49, were arrested Saturday in separate investigations carried out by the Child Exploitation Task Force. Each was booked at the Clark County Detention Center on suspicion of soliciting a child for prostitution and luring a child to engage in a sex act, according to jail records.

Arrest reports for both men state that the arrests were made after a Las Vegas police officer posed as a 15-year-old prostitute. An arrest report for Bennett states that on Saturday morning the officer received a text message from a Las Vegas phone number “after a prostitution advertisement was posted online.”

“Also included in the prostitution advertisement were several digital images of what resembled a young female,” the report states.

“The driver and only occupant of the vehicle was identified as Timothy Bennett,” the report states.

A cellphone was found on the front seat of the vehicle. Police called the number the customer had texted from, and the phone from the vehicle rang, police said in the report.

According to the report, Bennett told police that he met a 15-year-old online and that he was “going to help her and talk to her.” The report states that Bennett acknowledged bringing $100 to the meeting.

In the case of Jenkins, a nearly identical situation unfolded on the same day. The same decoy officer reported receiving a text message at 10:45 a.m. “after a prostitution advertisement was posted online.” The person texting agreed to pay $100 for sex and during the conversation “it was disclosed to the sex buyer that the decoy was 15 years old.”

The purchaser was instructed to go to the same parking lot, at Alta and Campbell. A PT Cruiser was observed pulling into the parking lot, and the driver was identified as Jenkins, police said.

An officer called the number the customer used to text the decoy, according to police, and a phone in the PT Cruiser rang.

“Jenkins admitted to looking to meet a girl off of an online website,” the police report states. “Jenkins acknowledged that he knew the female told him she was 15-years-old even though the age of consent is 16 years old.”

The report also states that Jenkins acknowledged agreeing to pay the girl $100 for sex.

Las Vegas Justice Court records show that a criminal complaint was filed against Jenkins. An initial appearance is scheduled for Tuesday.

A criminal complaint has not been filed against Bennett. A status hearing on whether prosecutors will pursue charges against him is scheduled for Oct. 29 in Justice Court.

Justice Court records did not identify a defense attorney for either man.