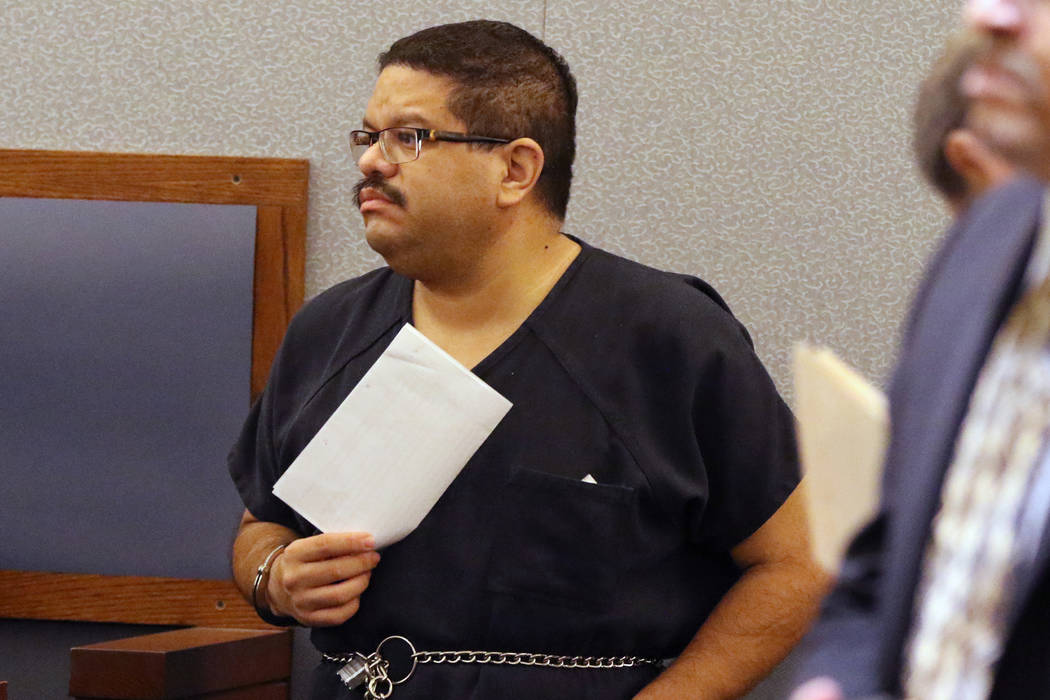 Bramwell Retana, 44, who is accused of sexually abusing girls at his church, appears in court at the Regional Justice Center, Jan. 21, 2020, in Las Vegas. (Bizuayehu Tesfaye/Las Vegas Review-Journal) @bizutesfaye 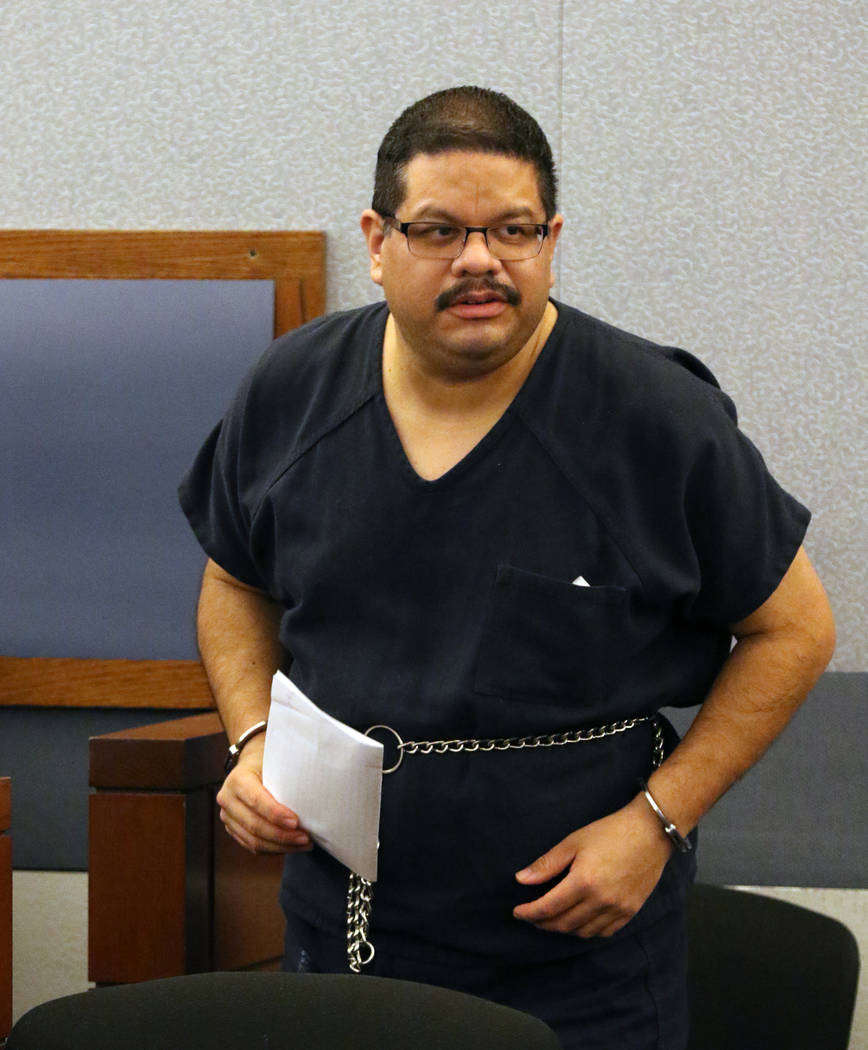 Bramwell Retana, 44, who is accused of sexually abusing girls at his church, appears in court at the Regional Justice Center, Jan. 21, 2020, in Las Vegas. (Bizuayehu Tesfaye/Las Vegas Review-Journal) @bizutesfaye

Bramwell Bernardo Retana, 44, is charged with a total of 42 felony counts between four active criminal cases and remained in custody Monday at the Clark County Detention Center. The charges include lewdness with a child younger than 14, first-degree kidnapping, child abuse and luring a child with a computer to engage in a sexual act.

The pastor of Iglesia Cristiana Oasis De Paz initially was scheduled to appear in court March 2 for a preliminary hearing in the most recent case, which formally charged him Jan. 31 with two counts of lewdness with a child 14 or 15 years of age, but the hearing was canceled earlier this month. Instead, a hearing “for a status check on a Grand Jury Indictment” will be held March 4, according to the records.

The Metropolitan Police Department has said it began investigating Retana last year after a girl told her parents that the pastor had been sexually abusing her for more than a year. He was arrested Dec. 20.

Since then, police have identified at least seven victims.

The allegations range from the pastor leaving pornography up on his church computer for the children to see, to kissing girls’ feet and asking girls to spit in his mouth when he was “thirsty,” according to his arrest reports.

In the most recent case, a girl told police that Retana had instructed her to keep quiet after he touched her over her clothes during a youth Christmas event in 2016 at the church, which he and his wife, Gabby, founded at 2020 Michael Way in March 2004.

According to the reports, his wife had known about the alleged abuse since at least May, when she learned that Retana had kissed a girl.

Days before her husband’s December arrest, she was overheard on the phone with the first girl who came forward, telling her, “Sorry for talking to you that way. I thought you were trying to steal my husband.”

Court records indicate Gabby Retana had not been charged as of Monday.

Anyone with information about the pastor, or anyone who believes he or she may have been a victim of abuse, may contact Metro’s juvenile sexual assault division at 702-828-3421. Anonymous tips may be submitted to Crime Stoppers at 702-385-5555.