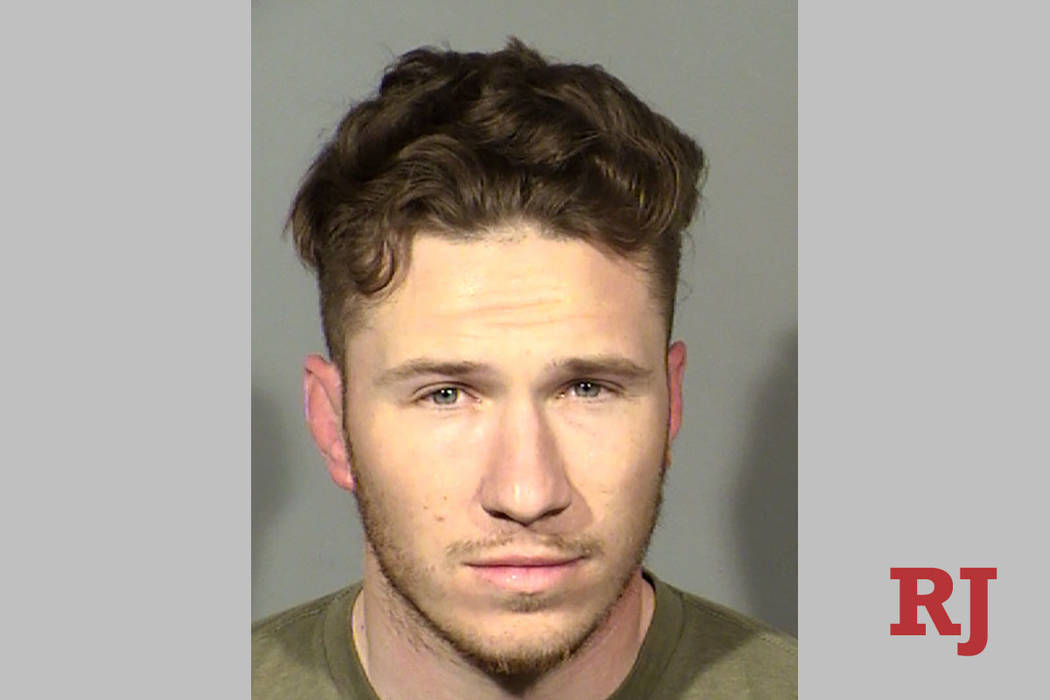 Several students at a southwest Las Vegas high school told investigators that a teacher had made sexual comments and inappropriately touched them, as far back as 2017, an arrest report shows.

Jonathan “Jonny” Cronin, 29, was arrested April 11 after the Clark County School District Police Department received reports that Cronin had inappropriate contact with students at Sierra Vista High School. A Metropolitan Police Department detective told school police on March 27 that child protective services had an ongoing case regarding Cronin and a student, according to Cronin’s arrest report.

The student said, “Cronin was like a father figure and mentor, he would look out for me, it took me a long time to want to talk about it,” the report said.

One student who spoke with detectives had a learning disability; another said Cronin was in charge of all of her classes. Transparent Nevada lists Cronin as an “ARL, SED” employee with the district. SED stands for severe emotionally disabled, while ARL stands for alternative routes to licensure,” according to a school district manual posted online.

It was unclear Thursday if Cronin had been fired.

After being removed from campus, Cronin called a female student and said “he knew (redacted) told on him, and that he would “get someone to beat (redacted) up,” the report said.

Several students initially denied inappropriate contact with Cronin to an officer, the report said. The school’s assistant principal, Marbella Alfonzo, later told investigators that while speaking with her, at least one student changed a statement or admitted to being “not truthful” when talking to police.

Cronin told students he would “ski mask,” or beat up, Alfonzo, the report said.

Before detectives spoke to students, Cronin told investigators he was aware of the child protective services investigation. He said he danced in class and “has tapped on the lower back/butt area sometimes as a good job thing.” He denied touching any student’s genitals.

Cronin is charged with two counts of child abuse or neglect, five counts of a sex act between a school employee and a pupil age 16 to 17 and five counts of open or gross lewdness with a child under 18, court records show.

He posted bond on $25,000 bail Saturday, with conditions of his release being no contact with minors and to stay away from Sierra Vista, as well as electronic monitoring. Cronin’s preliminary hearing is scheduled for July 22, court records show.