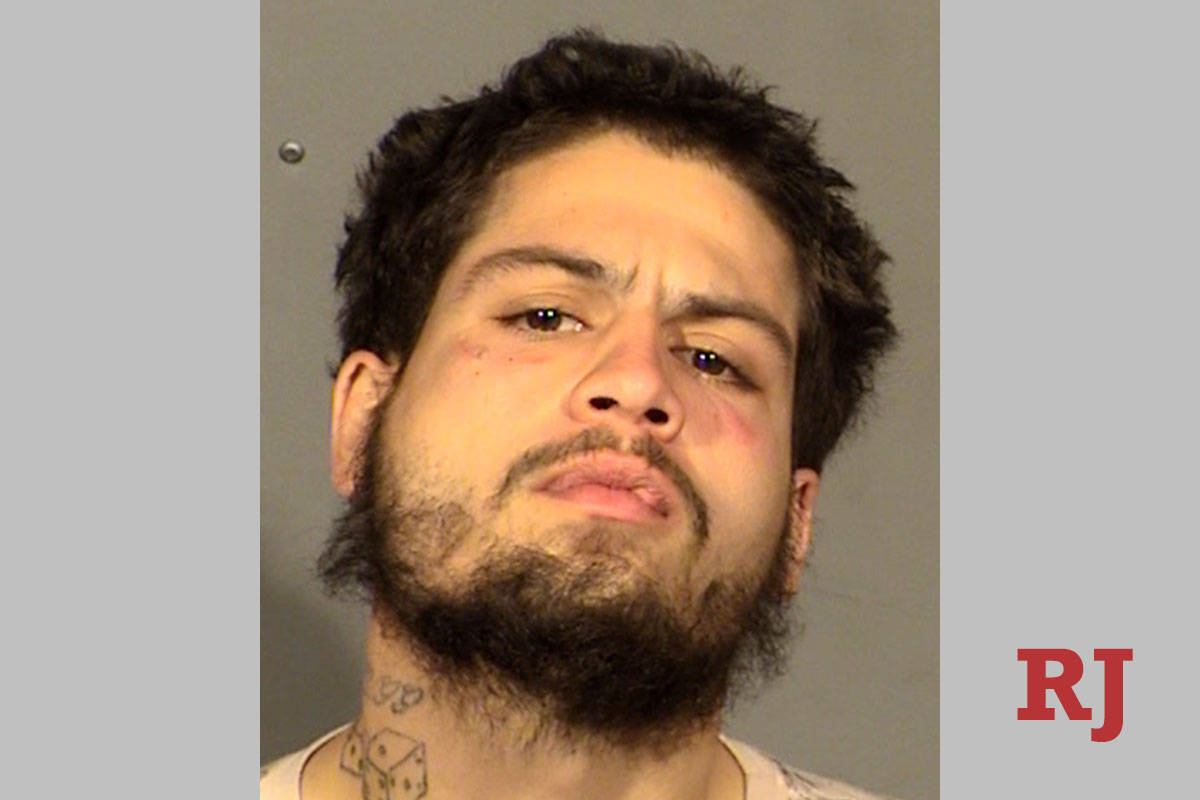 A man who police say attacked and attempted to sexually assault a housekeeper at a Strip hotel was linked to three other lewd acts by his “distinct” tattoo, according to a Metropolitan Police Department arrest report.

The victim told police she was cleaning a room on the 18th floor of Luxor around 2:45 p.m. Feb. 28 when the suspect, later identified as Kuhn, “walk into the room with his pants down” with his genitals exposed and committing a lewd act. She screamed for him to leave but Kuhn instead closed the door, the report said.

Arriving officers talked with a detective with the department’s Convention Center Area Command, who said the suspect was a “problem person” who had been connected to three similar incidents on Jan. 19 at The Cosmopolitan, Bally’s and Paris Las Vegas.

Kuhn was linked by a tattoo of a pair of dice on his neck, the report said.

Later surveillance video showed Kuhn leaving Luxor for Excalibur, heading then to New York New York and finally to MGM, where he was picked up by a Lyft driver, the report said.

When police interviewed Kuhn the next day, he said he was at Luxor to sell marijuana to a unknown person he had met on the Strip then made the eight-mile walk to his residence. Kuhn changed his story several times after being confronted with surveillance video, the report said. When asked about the attack on Luxor’s 18th floor, Kuhn denied ever being there and invoked his right to an attorney.

Kuhn remains at the Clark County Detention Center. He is scheduled for a preliminary hearing March 18 at Las Vegas Justice Court.