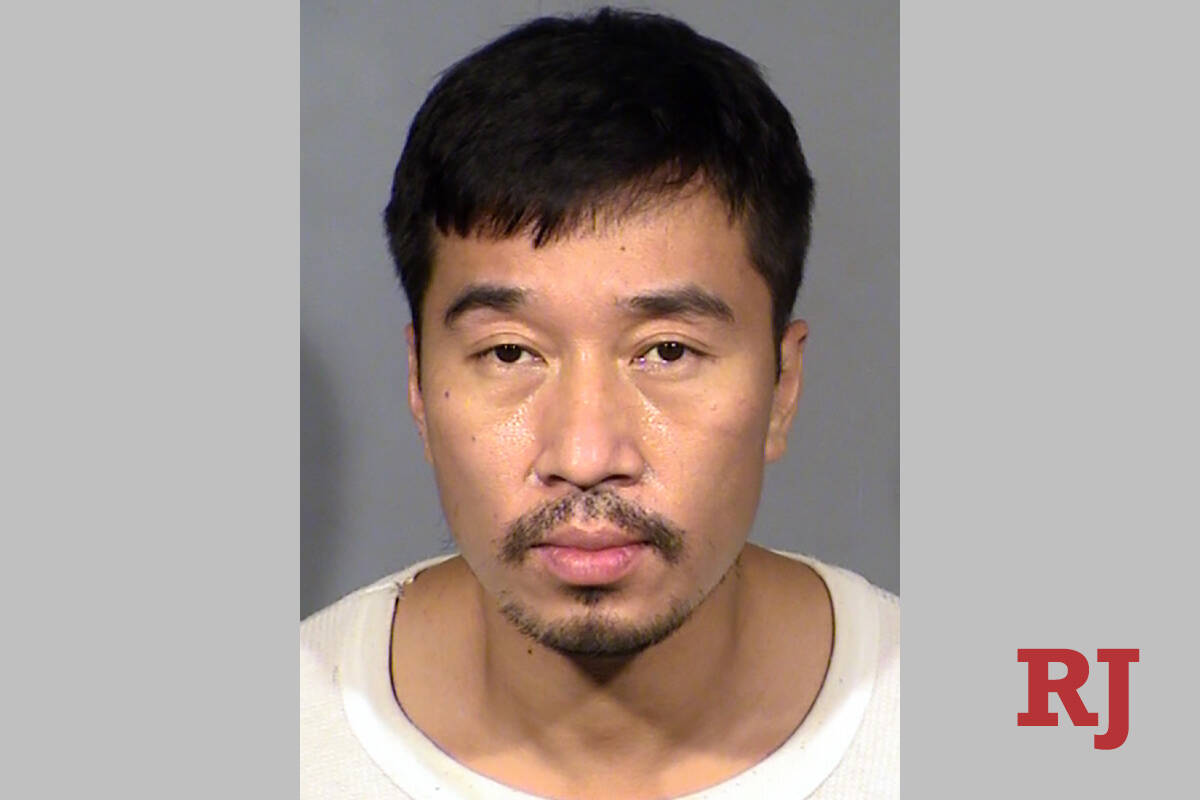 A man charged in two sexual assaults dating back more than six years had previously worked as a promoter on the Las Vegas Strip, according to an arrest warrant released Wednesday.

Zeng Fu Lin, 40, who also went by the name Jay Lin, was arrested Nov. 27 shortly after his flight from Singapore landed in New York City. He was extradited and booked at the Clark County Detention Center last week.

The cold cases were from 2015 and 2017, according to the warrant, which only detailed a September 2017 attack.

In that case, authorities said, a woman traveled to Las Vegas for her friend’s bachelorette party at Marquee Las Vegas at The Cosmopolitan hotel, where they met Lin.

She told investigators that Lin, who worked at the club as a promoter, had poured her a drink, and she later felt “groggy” and “drowsy.”

The woman then blacked out and woke up in a hotel room with Lin, who asked her if she was on birth control.

The woman told police she was very confused and unsure what hotel room she was in. She later returned to her friend’s hotel.

She drove back to her home in Los Angeles and later reported the encounter to police there, who contacted the Metropolitan Police Department.

But the case went cold after Las Vegas investigators could not reach the woman, according to the warrant.

A year and a half later, investigators matched forensic evidence from the encounter with evidence from another sexual assault investigation, which had occurred in 2015 and had involved a woman who met the suspect at the Marquee nightclub.

Police contacted both women and identified Lin as the suspect, according to the warrant.

He had been living in Singapore before traveling back to the United States.

On Nov. 27, the Department of Homeland Security contacted Las Vegas police, telling investigators that Lin was flying in from Singapore.

He was arrested at the airport the next day, police said.

Lin did not know about the pending criminal case until he landed in the U.S., his attorney, Nicholas Wooldridge, said last week.

“I look forward to him getting vindicated from these allegations,” Wooldridge said.

A preliminary hearing was set for Dec. 30, according to jail records.

Cosmopolitan officials did not respond to a request for comment.