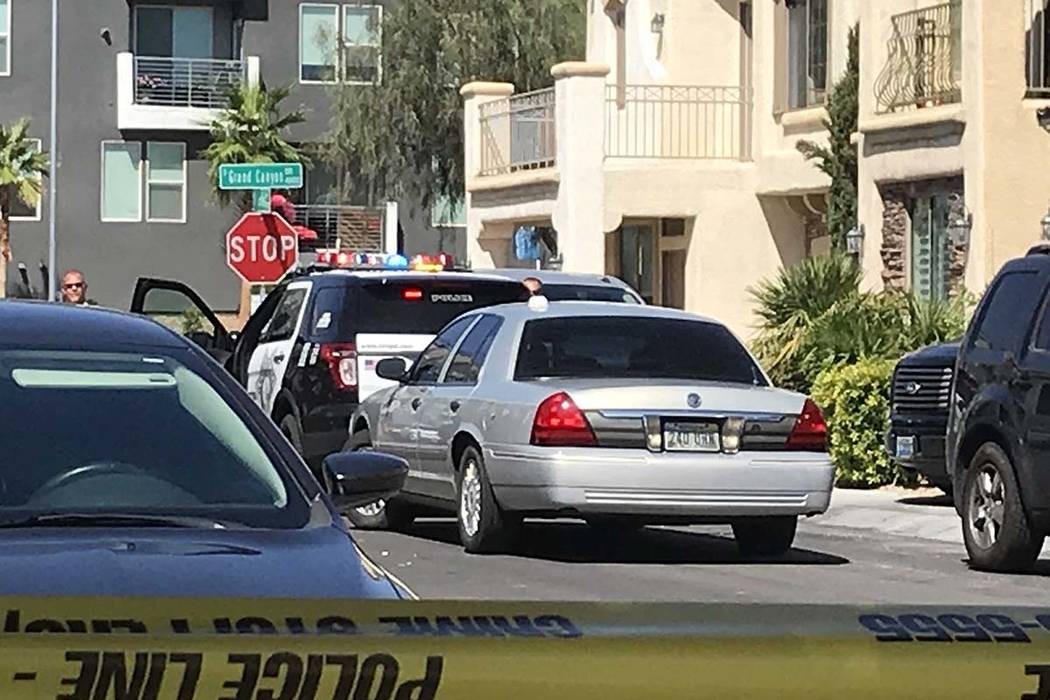 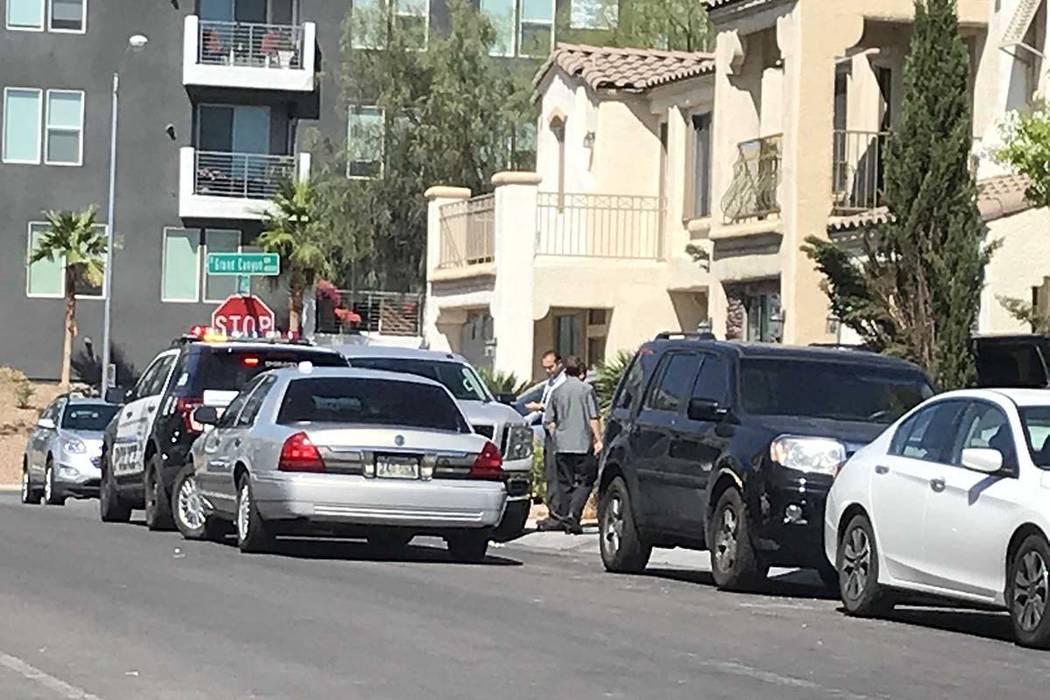 Las Vegas police and SWAT responded to a barricade situation Saturday morning after two people suspected of shooting at another person locked themselves in a house on the southwest side of the valley.

Police received a call just after 4 a.m. of two people firing at one person but missing, near South Fort Apache and West Desert Inn roads, according to Metropolitan Police Department Lt. Jeff Clark. Later in the morning, police found the suspects at a nearby house, near Tropicana and Grand Canyon, but the two refused to exit.

A suspect was taken into custody around 10:25 a.m., and traffic traveling south on Tropicana was subsequently re-opened.

Marouane Enaouaoui, who was taking video on his phone nearby, lives one street over from the incident. He had been watching for about 45 minutes.

He was inside his car at his home when he heard a noise.

The incident Saturday morning, he said, was highly unusual for the neighborhood. “This is very weird.”

It is unclear what charges the suspect will face.