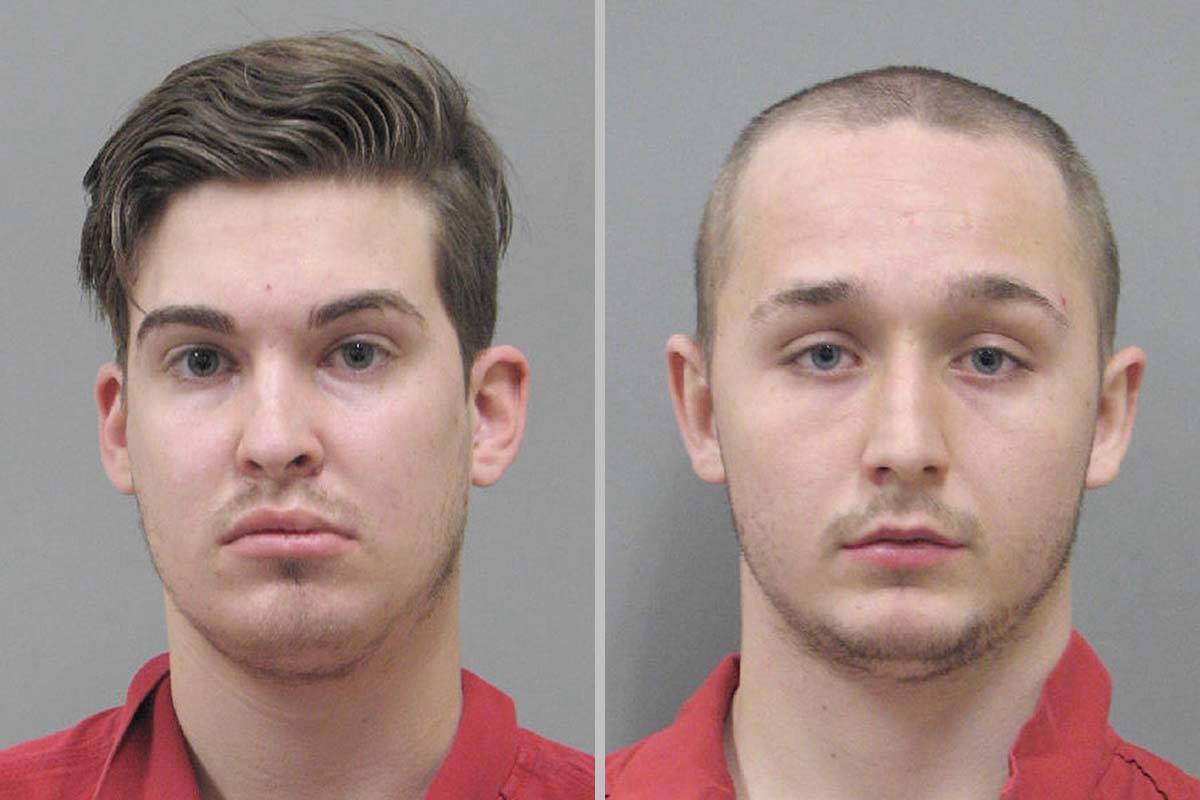 Two men were arrested on vandalism charges in connection with the shooting of at least 137 windows in Henderson and causing more than $50,000 in damages.

Andrew Drongensen, 20, and Devin McBride, 21, were charged Tuesday with 274 counts, including injury to property under $250, injury to other property between $250 and $500, and 137 counts of discharging a firearm on a public street, court records show.

Between Nov. 23 and Dec. 10, Drongensen, McBride, another adult friend and his juvenile brother are suspected of using BB guns to shoot out windows on houses and parked cars throughout the city, according to a 52-page arrest report from the Henderson Police Department.

Drongensen and McBride gave statements to police to help officers craft a timeline of the several neighborhoods they vandalized, police said. Investigators were able to identify the shooters with the help of a resident who recognized Drongensen’s car from a string of busted windows on the resident’s street. He followed the men, collected their license plate number and caught dash-camera footage of another car window being shot out, the arrest report said.

Police believe the two shattered windows on Greenway Road near Apollo Avenue and near Heather Drive, Calvert Street near West Paradise Hills Drive, a neighborhood off Sturrock Drive in Anthem, several streets near Heritage Park, a neighborhood near Burkholder Park, and three neighborhoods near South Boulder Highway and Equestrian Drive.

They also are suspected of shooting out the glass at a fire station on West Warm Springs Road near North Gibson Road, according to the arrest report.

“Officer Mackelprang asked Andrew what the purpose of him and his friends going around the city of Henderson and shooting BB guns at people’s windows and he said that he did not have a specific reason,” police said in the arrest report. “Andrew explained that he had a BB gun and they all decided to go, and it was out of nowhere.”

When officers told Drongensen his car was spotted on video as windows were shot out, he told officers “he wasn’t surprised,” the report said.

The two are scheduled to appear in court again Feb. 9.