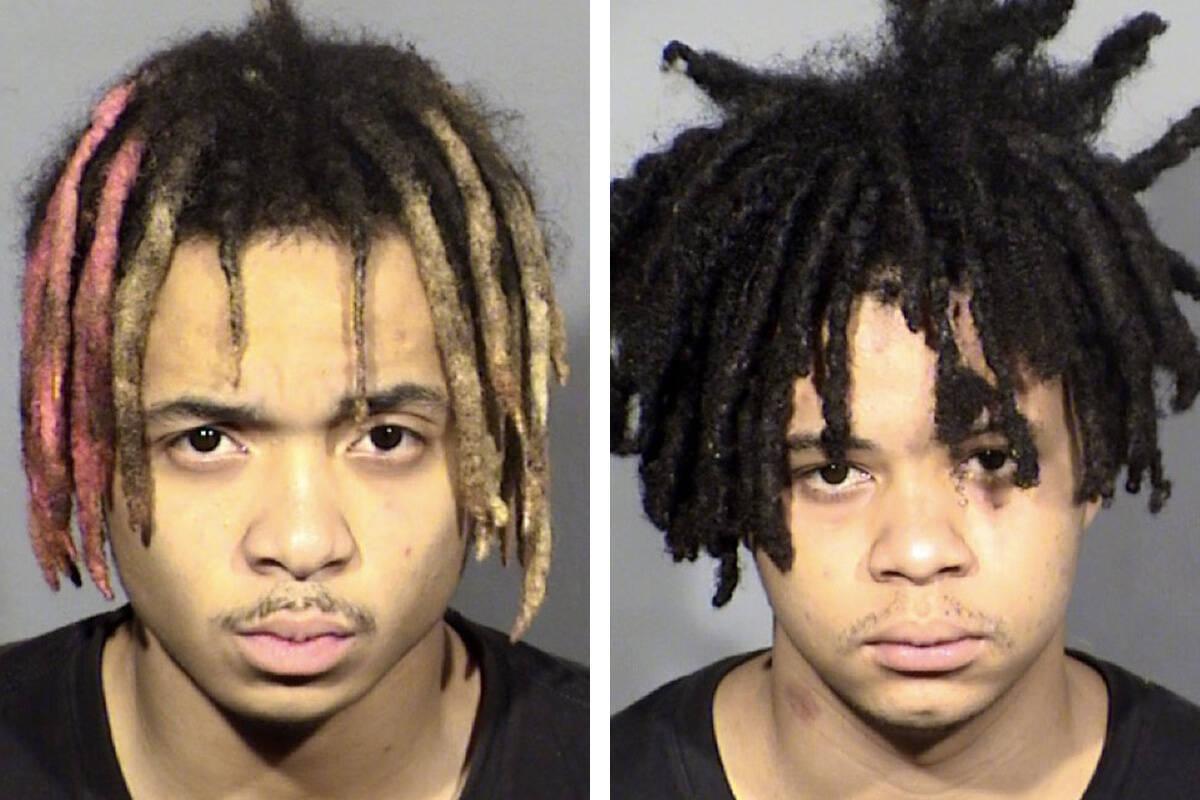 Two men are accused of conspiracy to commit murder in connection with the shooting of a teenager and her boyfriend in Summerlin, according to the Metropolitan Police Department.

Malachi Garey, 20, was arrested Wednesday and booked on charges of conspiracy to commit murder, attempted murder with a deadly weapon and discharging a gun into an occupied vehicle, according to jail records.

Elijah Warren, 19, was arrested Friday on charges of conspiracy to commit murder.

The two victims were reportedly driving with four other people to pick up another female and take her to a house party on Sept. 11 near Villa Marbella Street and Palo Brea Drive. When the group arrived the house, the female was outside, waving to the car. As the car pulled up, two males emerged from the bushes in front of the her house and shot at the vehicle, police said.

The victims, a girl and her boyfriend, were in the front seats when they were both shot.

The girl drove to the Red Rock Resort parking lot to call for help. The boyfriend was found with three unloaded firearms in his lap when officers found them around 11:20 p.m. in the Red Rock parking lot, according to police. The girl was treated for her wounds at Red Rock, while her boyfriend was hospitalized and had been expected to undergo surgery on Sept. 12. Neither shooting victim has been identified.

The female whom the victims went to pick up was seen on video obtained by police meeting up at the scene with Garey and Warren minutes after the shooting and running in the direction of Warren’s house, according to Metro.

Garey faces six counts of attempted murder, two counts of battery with a deadly weapon, and one count each of conspiracy to commit murder and discharging a gun into an occupied structure.

Warren faces one count of conspiracy to commit murder and a charge of violating probation.

Garey was charged with robbery with a deadly weapon and grand larceny in May 2021. He pleaded guilty to carrying a concealed firearm or other deadly weapon. Court records indicate he was released from custody on Aug. 25, two weeks before the shooting, and ordered to report to Hope for Second Chances to begin the program the next day.

Warren pleaded guilty in March to robbery and dissuading a witness from testifying. He was sentenced to probation.