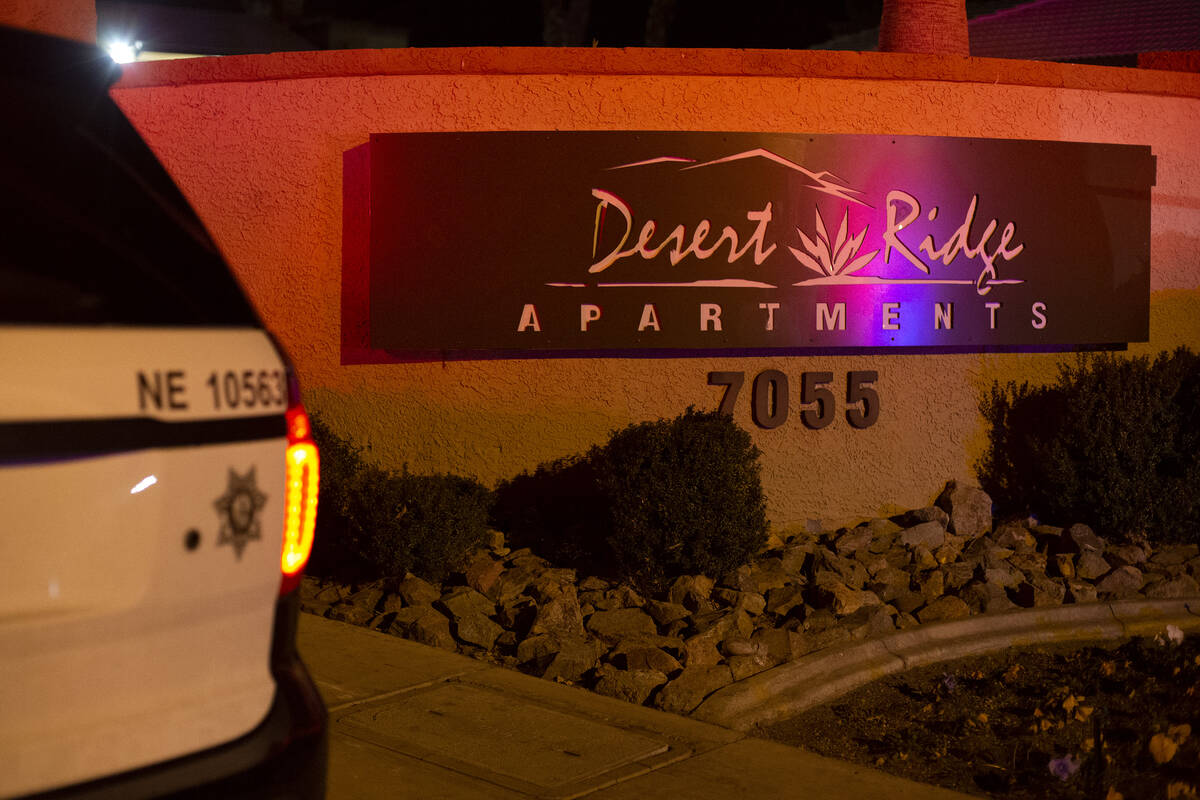 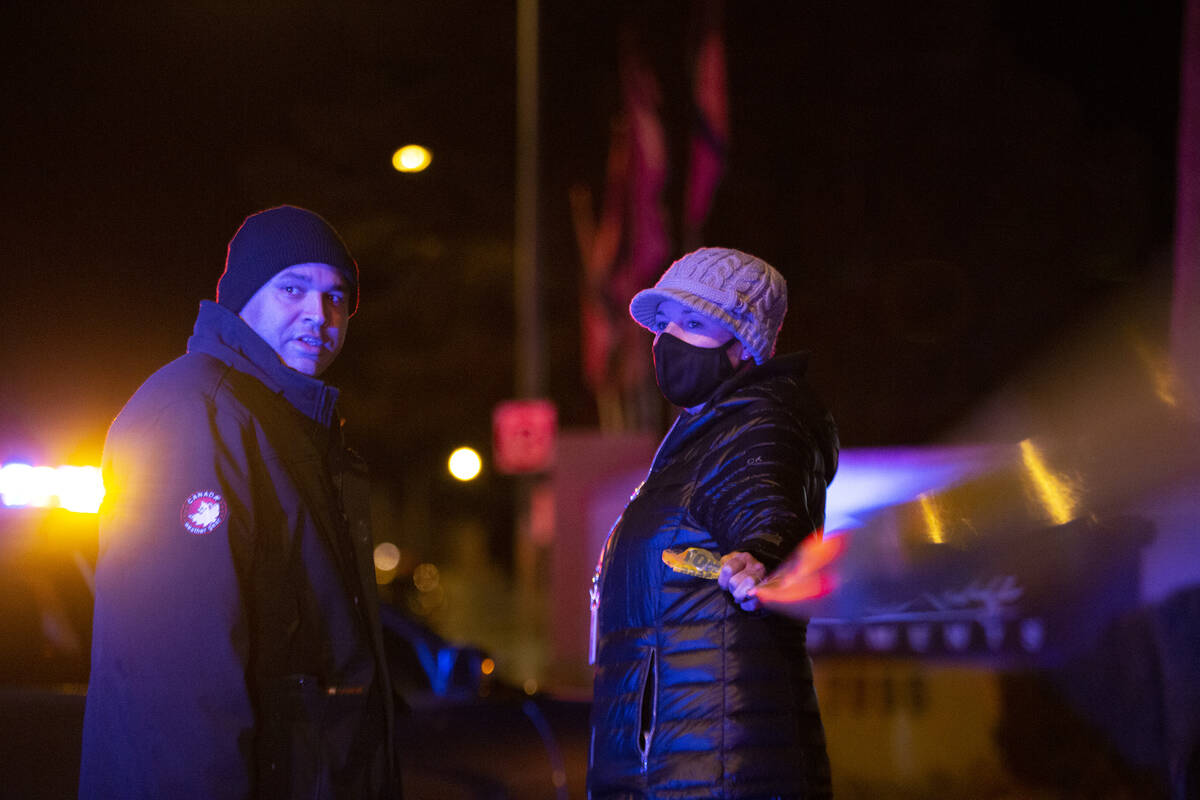 Homicide Lt. Ray Spencer arrives to the scene of a homicide near the intersection of Lake Mead Boulevard and Los Feliz Street on Tuesday, Feb. 2, 2021, in Las Vegas. (Ellen Schmidt/Las Vegas Review-Journal) @ellenschmidttt

Two men have been arrested and charged with sex trafficking a 17-year-old girl who was later shot dead, records show.

A Metropolitan Police Department arrest report released Tuesday stated that Thomas, 20, and Holt, whose age was not given, were among several people who took 17-year-old Nakaila Daniels to the Desert Ridge Apartments on Feb. 2 during a robbery scheme.

Daniels went to the complex at 7055 E Lake Mead Blvd. to meet with a man for sex, police said. The man told police he had been talking to Daniels on Snapchat for a few weeks. They agreed he would pay her $350 for sex.

The man told police that when Daniels arrived, she appeared nervous and went to the bathroom for about 10 minutes after he gave her the money, according to the arrest report. During that time, a man knocked on the door and said Daniels was his sister and that he came to pick her up.

When the resident opened the door, he said a gunfight began, and Daniels was struck in the crossfire, according to police.

Daniels was pronounced dead at the scene from a gunshot wound to the neck, according to the Clark County coroner’s office.

Police said at the time that the case was considered self-defense, and the resident was not arrested.

Another man involved, whose name was redacted from the police report, was shot 13 times during the gunfight and survived.

Investigators reviewed security footage from the apartment complex that showed Daniels get out of a 2018 gray Honda Accord. The car was found Feb. 8 in the desert near Interstate 15 in northeast Las Vegas, according to the arrest report. Detectives said they believe someone attempted to set the car on fire but the fire was snuffed out. Thomas’ fingerprints were found on the inside and outside of the car.

It was unclear how Holt was involved, as his name was partially redacted from the report.

Thomas told police in June that he was in the car, but he did not remember why they were at the apartment complex, the report stated. He said he wasn’t there during the gunfight, but when police said they found his shoe at the bottom of the stairs, Thomas said he ran off when the shooting started, according to the report.

A .40 caliber pistol was found in a trash can at the apartment complex with blood on it, according to the arrest report.

Both men were released Oct. 25 with an ankle monitor, court records showed.

A judge ordered that Thomas could not access firearms and should have no contact with Holt. Both men are due in court Nov. 18.