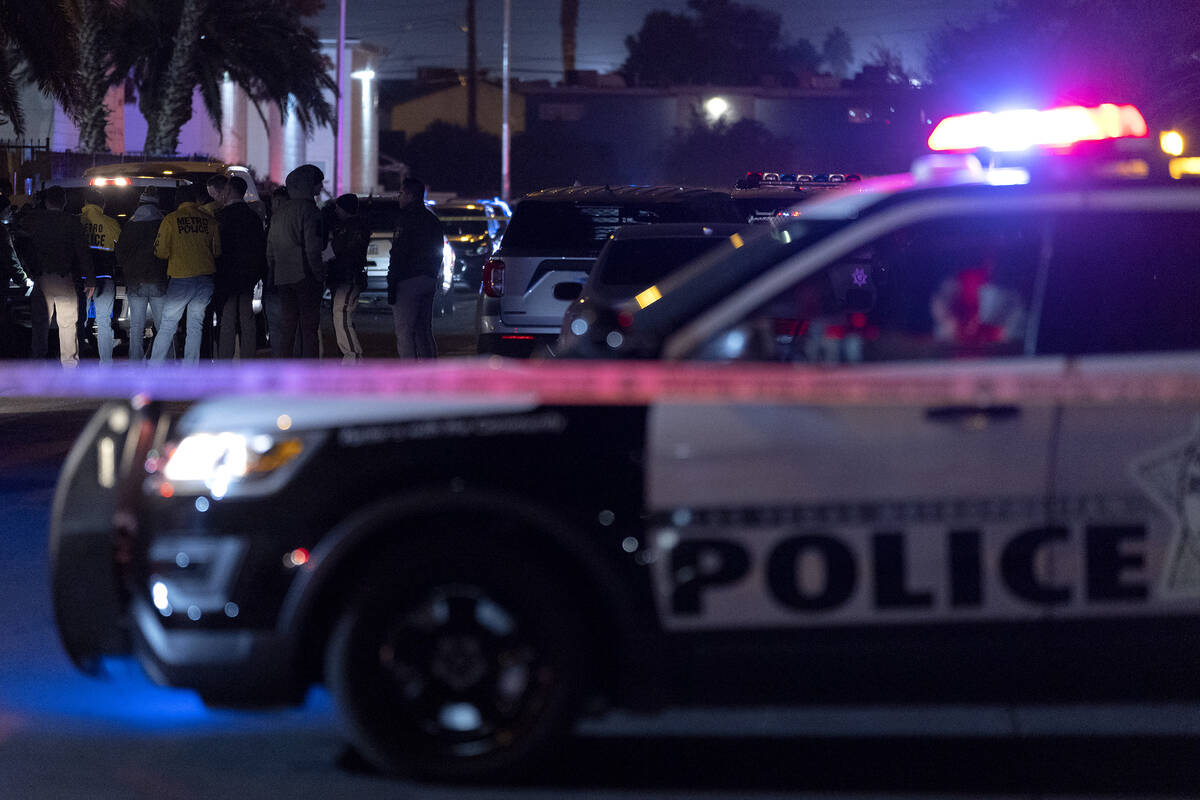 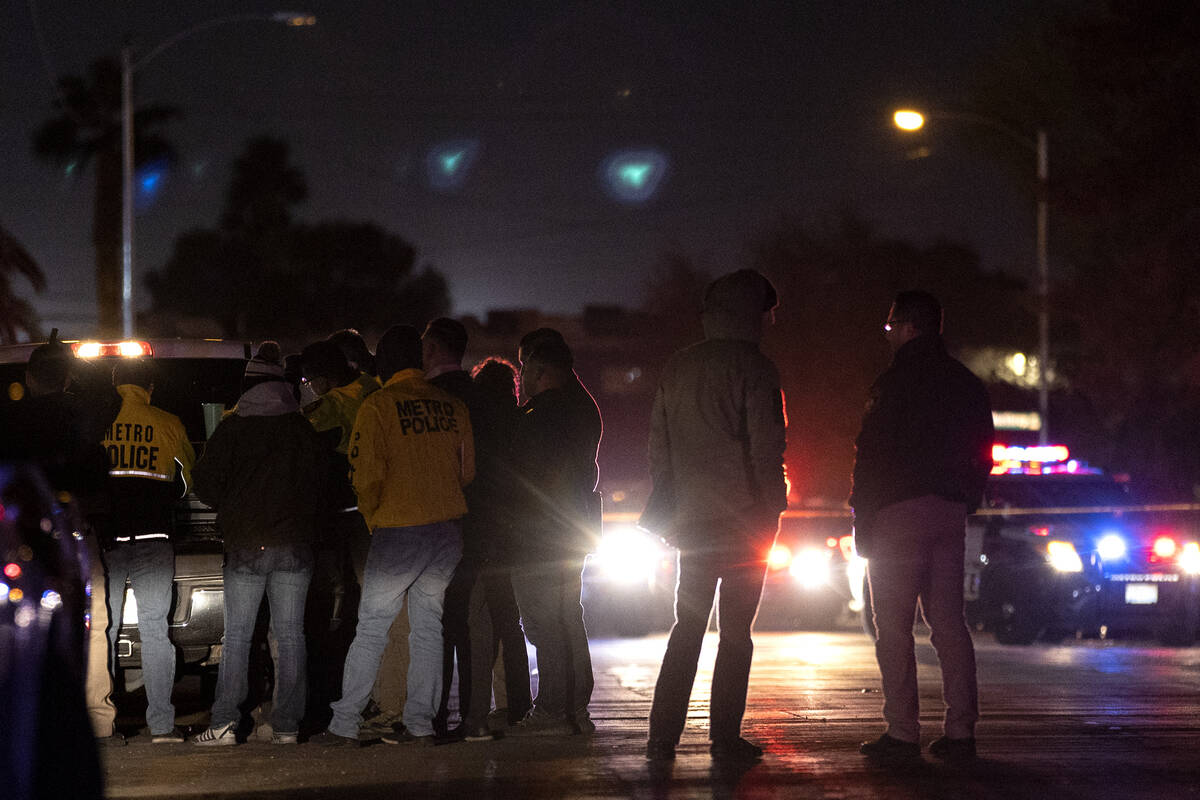 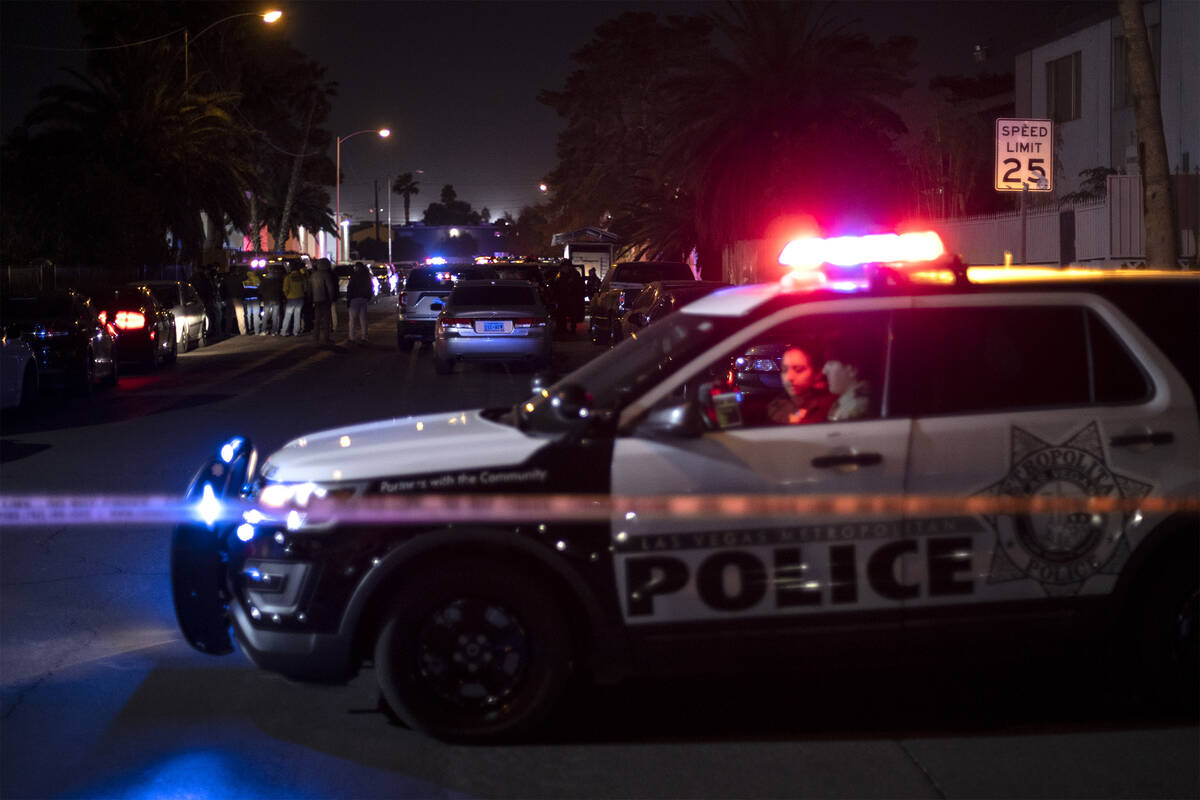 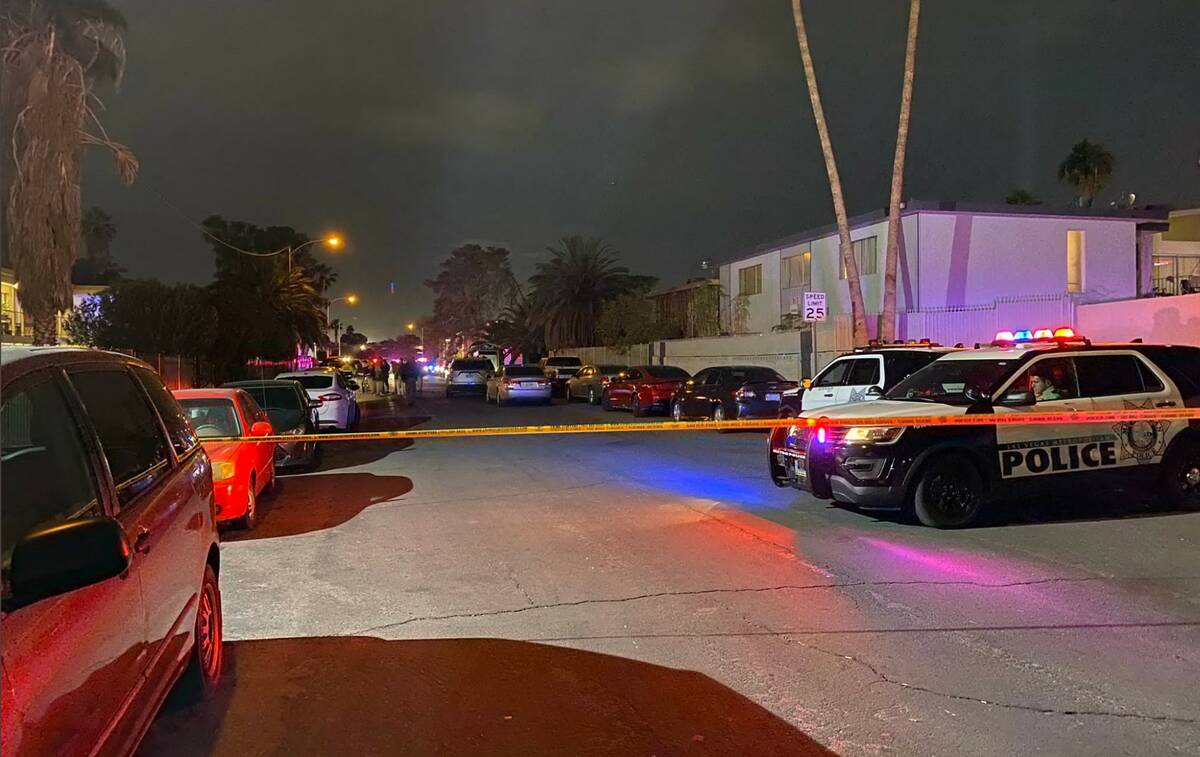 Las Vegas police investigate the scene of a homicide near the 3800 block of Royal Crest Street on Thursday, Dec. 1, 2022. (David Wilson/Las Vegas Review-Journal) 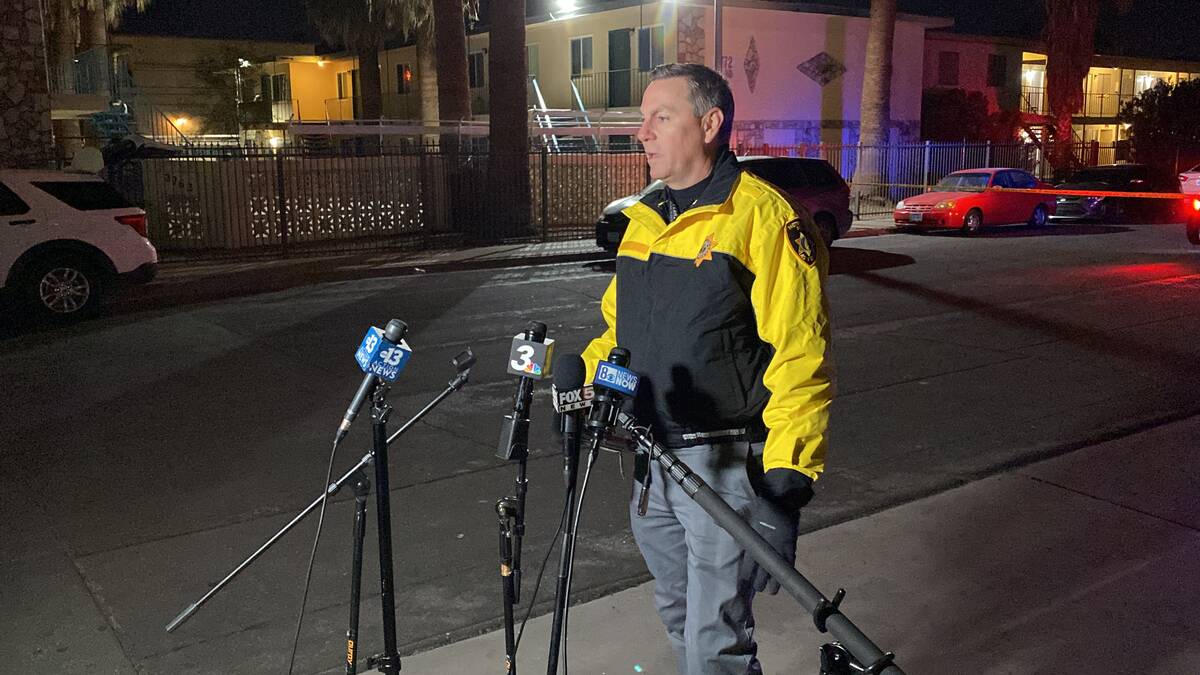 Metropolitan Police Department Lt. Jason Johansson speaks to the media at the scene of a homicide near the 3800 block of Royal Crest Street on Thursday, Dec. 1, 2022. (David Wilson/Las Vegas Review-Journal)

The shooting occurred around 7:55 p.m. at an apartment complex in the 3800 block of Royal Crest Street, near East Twain Avenue and South University Center Drive, according to Metropolitan Police Department Lt. Jason Johansson.

He said officers who responded to the shooting found a man in his 30s and a woman in her 20s who had been shot inside the apartment.

Police said two men were in a physical altercation when one of them pulled out a firearm and fired it at the victims. The man who shot the victims fled the scene and was not in custody as of late Thursday.

Both victims were taken to Sunrise Hospital and Medical Center where the man later died. The woman’s injuries were not life threatening, according to Johansson.