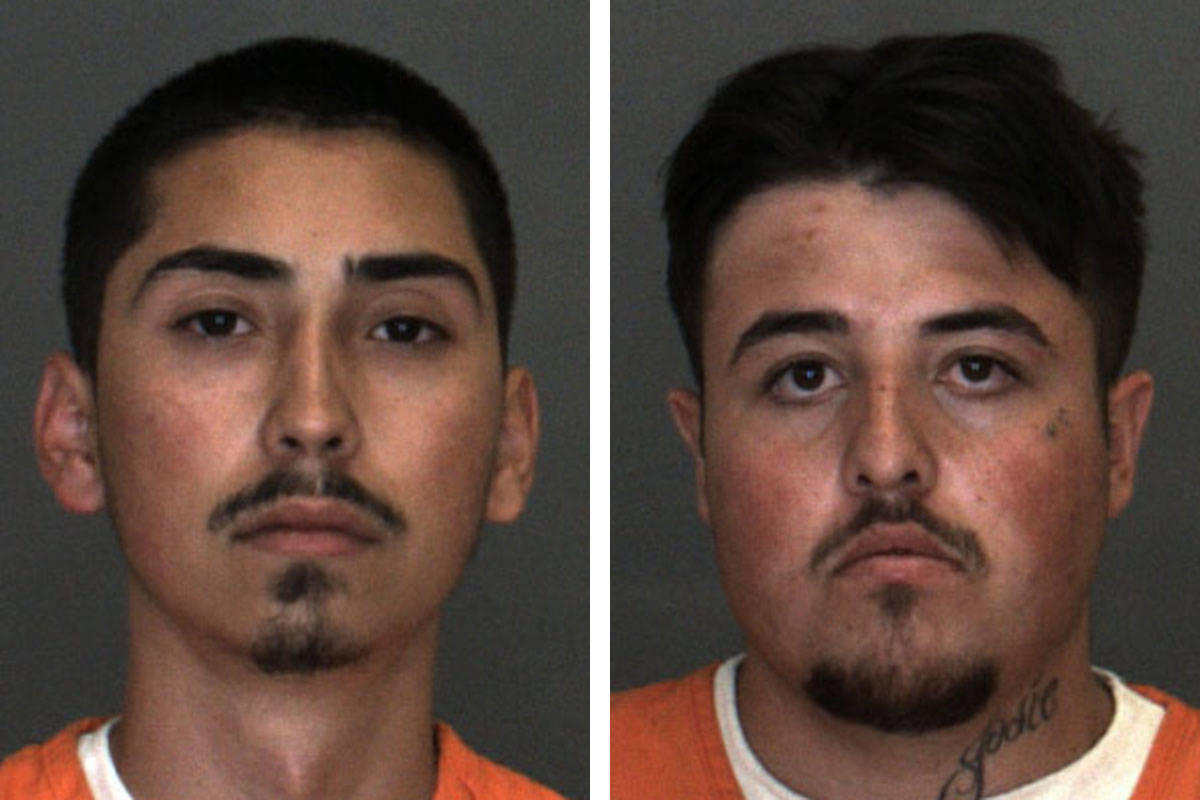 Two teenagers accused of shooting a man on the Strip in September, leaving him paralyzed, were returned to Las Vegas on an arrest warrant Friday.

Miller and Preston left a Washington man unable to use any limbs after shooting him in the chest around 11 p.m. Sept. 27 outside the Flamingo, according to an arrest report from the Metropolitan Police Department.

Investigators reviewed video from the area that showed Miller and Preston in an argument with the man on the sidewalk before they followed him and shot him near Margaritaville, police said.

The men are seen on video quickly walking away from the scene and heading to their room on the 18th floor of the Flamingo.

Metro officers had encountered Miller and Preston just before 9:30 p.m. in the garage of The Cromwell after hotel security reported two men with a gun, but the officers who responded let the men go because Preston and Miller didn’t match the description given by security.

“Upon review of those officers body camera, the two subjects did match that of the ones involved in the shooting. Upon watching the video further, those two males were observed by a red in color 4door Hyundai car with a California license plate,” the report said.

Officers locked down the Flamingo for several hours while they investigated the 18th floor and sent out information to other law enforcement agencies about the Hyundai that Miller and Preston were last seen near.

“The search warrant was served on the vehicle and in the rear cargo area in a covered floor compartment a 9mm black semi auto handgun was located, which is believed to be the weapon used in the crime,” the report said. “Also a 20 9mm magazine was found in the front compartment area of the car loaded with 20 rounds of 9mm Tulammo Luger rounds. The gun appeared to be a copy of a Glock generically made with no serial number.”

Miller is being held without bail at the Clark County Detention Center and is due in court again Thursday morning.

Preston was released on $25,000 bail with a condition he have no contact with Miller. He also is scheduled to appear in court again Thursday.