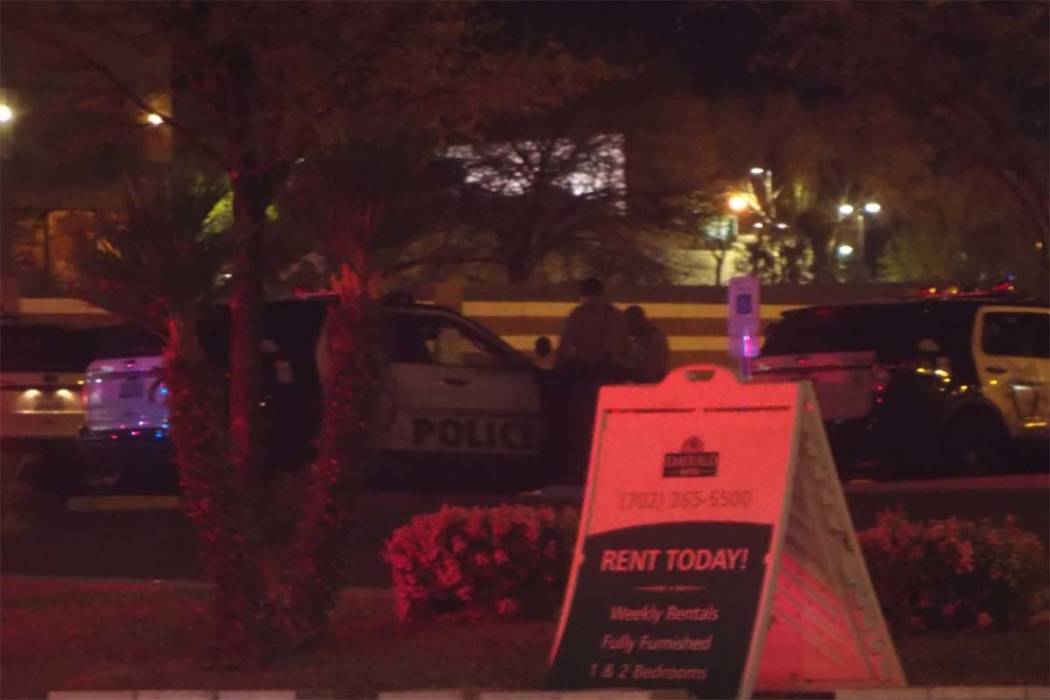 Three people were wounded in a shooting at the Emerald Suites, 4777 Cameron St., across from The Orleans, early Friday morning, April 6, 2018. (Max Michor/Las Vegas Review-Journal) 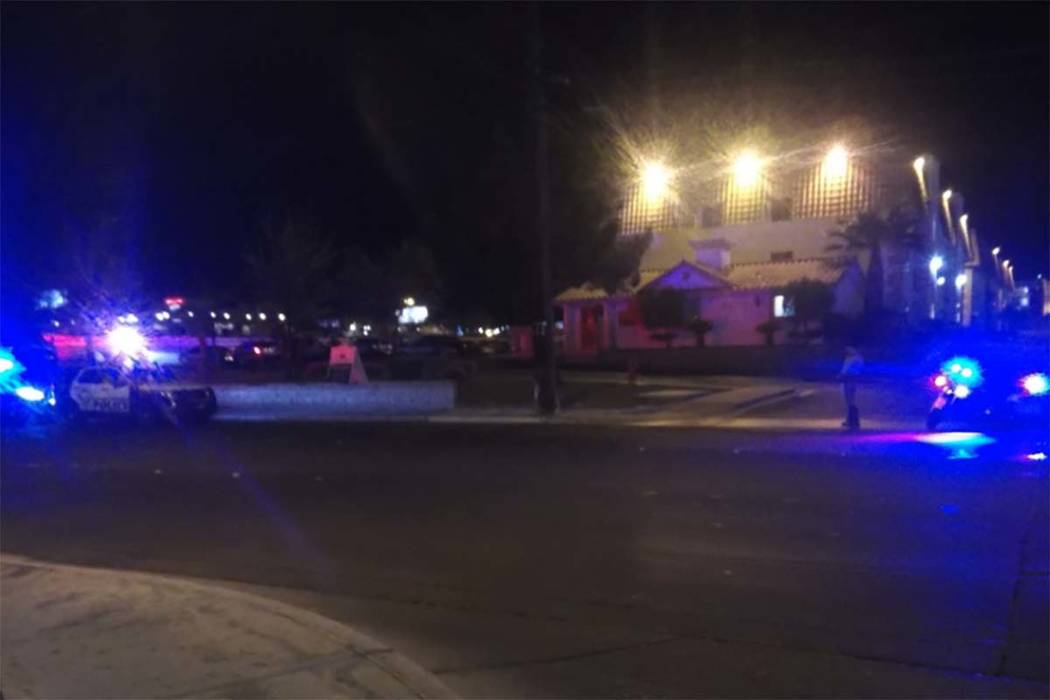 Three people were wounded in a shooting at the Emerald Suites, 4777 Cameron St., across from The Orleans, early Friday morning, April 6, 2018. (Max Michor/Las Vegas Review-Journal)

A couple and a male acquaintance were wounded in a shooting early Friday morning just west of the Strip.

The shooting happened about 4 a.m. inside an apartment at the Emerald Suites complex, 4777 Cameron St., across from The Orleans. Metropolitan Police Department spokesman Jay Rivera said the two victims, a husband and wife, let the man into their apartment where an argument escalated into gunfire. He said the suspect is an acquaintance of the couple.

All three were hospitalized Friday. The woman was in critical condition, but Rivera said the conditions of her husband and the suspect weren’t immediately available.

Rivera said investigators have not been able to learn additional details surrounding the shooting because all three were still sedated as of 11:30 a.m. It wasn’t clear whether the suspect was shot with his handgun or if the husband and wife had their own weapon or weapons.