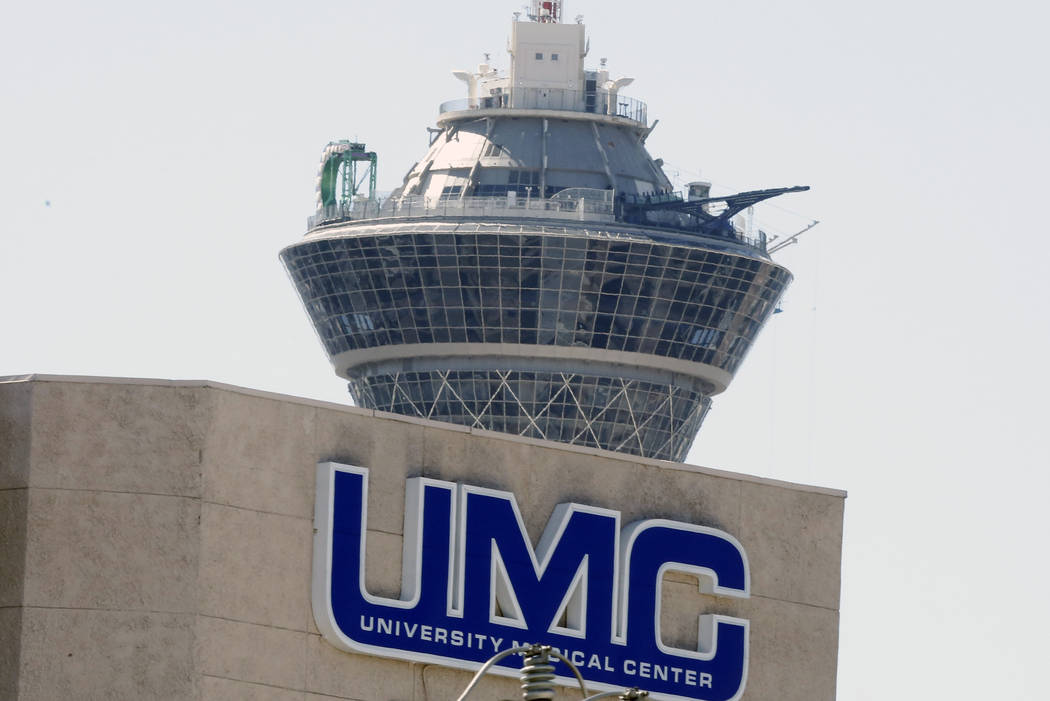 University Medical Center received 104 patients immediately after the shooting and later received more wounded who were transferred from other hospitals because of the severity of their gunshot wounds.(Bizuayehu Tesfaye/Las Vegas Review-Journal )@bizutesfaye

University Medical Center, which received 104 patients immediately after the shooting and later received more wounded who were transferred from other hospitals because of the severity of their gunshot wounds, has 14 patients remaining, including three in critical condition.

Sunrise Hospital and Medical Center, which initially received 200 patients, still had 23 patients in critical condition and 22 others hospitalized on Friday morning.

Southern Hills and MountainView Hospital, both in the Sunrise Health System of hospitals, treated and released 20 patients .

In addition to wounding approximately 489 people, gunman Stephen Paddock, 64, of Mesquite killed 58 others before taking his life as police closed in.