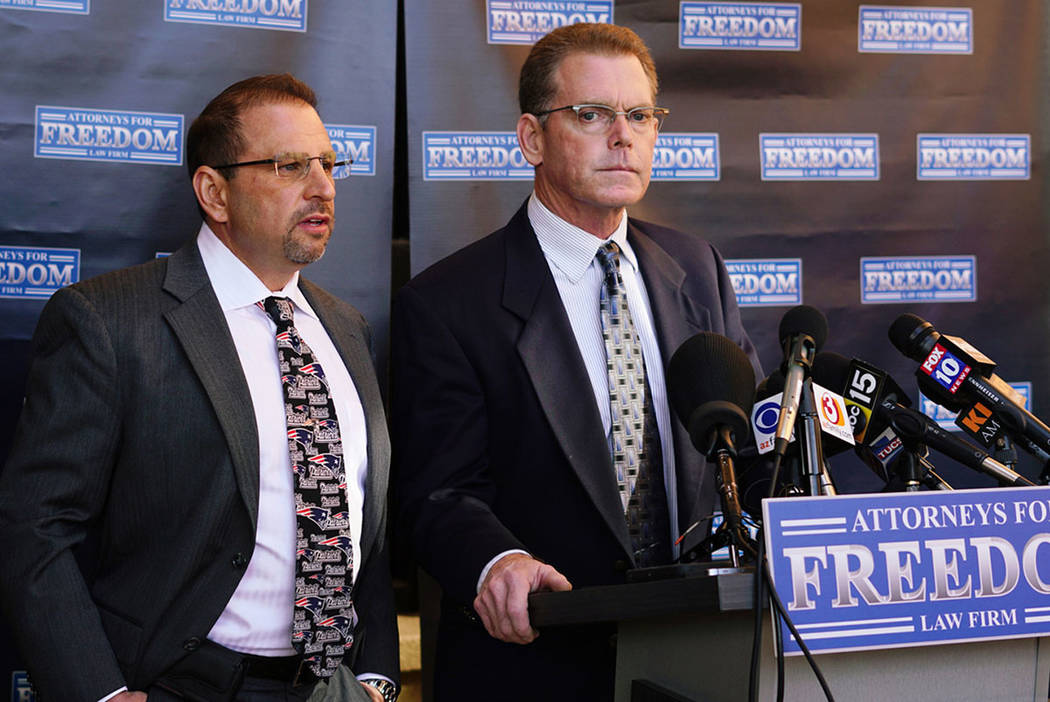 The Arizona man who sold ammunition to the Las Vegas mass shooter wants his case thrown out of court.

Douglas Haig was charged last year with engaging in the business of manufacturing ammunition without a license. The case stemmed from his sales to Stephen Paddock.

But on Thursday, Haig’s attorneys filed a motion to dismiss the case against him. The grounds? The term “manufacturing” is unconstitutionally vague, they argued.

“The statute criminalizes engaging in the business of manufacturing ammunition without a license but what conduct constitutes ‘manufacturing’ is not defined,” the filing reads.

According to the Thursday motion, the government throughout its charging documents and follow-up filings has referred to Haig’s reloading of ammunition as “manufacturing” in this case.

But because defense attorneys argue that the definition of “manufacturing” in the charge Haig faces is vague, “manufacturing” may not necessarily refer to the reloading of ammunition, according to the motion.

The question of whether “reloading” applies to “manufacturing” means federal prosecutors may be subjecting Haig to arbitrary enforcement, the motion continues. So defense attorneys want the case dismissed.

Haig’s attorneys also noted that — in cases in which defendants have faced the same sole charge as Haig — it is rare that those defendants’ cases were prosecuted to completion.

His attorneys also questioned whether Haig would have been prosecuted had he no ties to Paddock, who fired more than 1,000 rounds from his Mandalay Bay hotel suite into the Route 91 Harvest festival crowd on Oct. 1, 2017.

“Instead, he suspects, at worst, he would have been warned by the Bureau of Alcohol Tobacco and Firearms, he needed a license to sell reloaded ammunition,” the defense motion reads.

Paddock killed 58 people and wounded more than 800 before killing himself.

Inside Paddock’s suite, investigators found ammunition that Haig sold to Paddock loaded into five rifles, one magazine and inside an Amazon shipping box that listed Haig’s address.

Prosecutors have until Feb. 14 to respond to the motion.