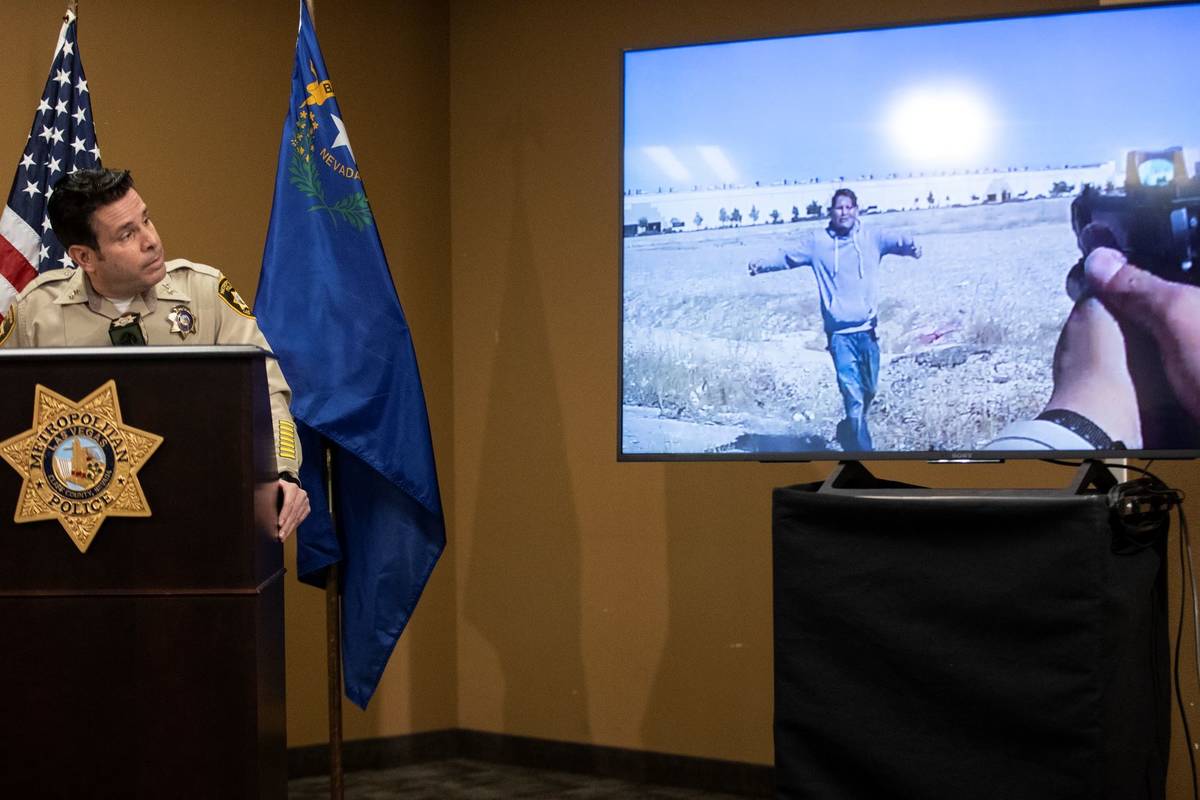 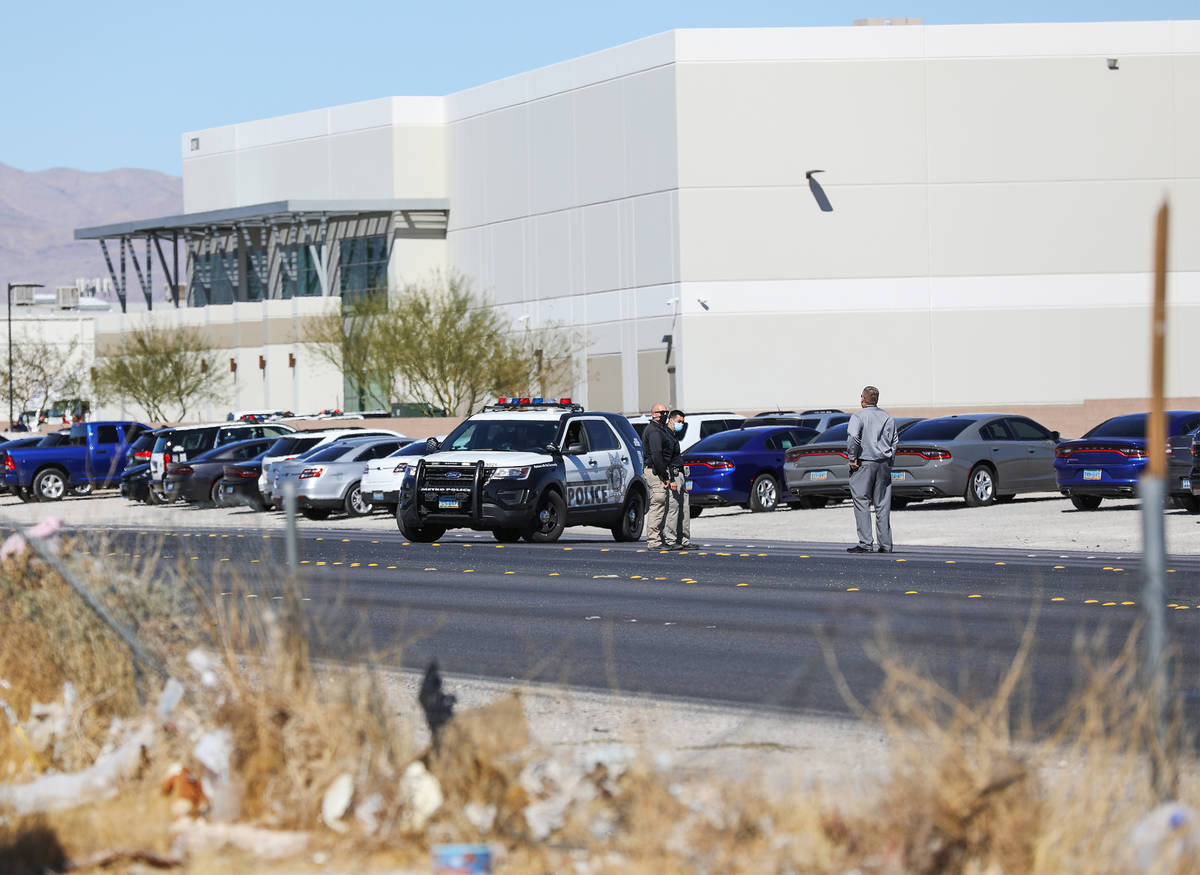 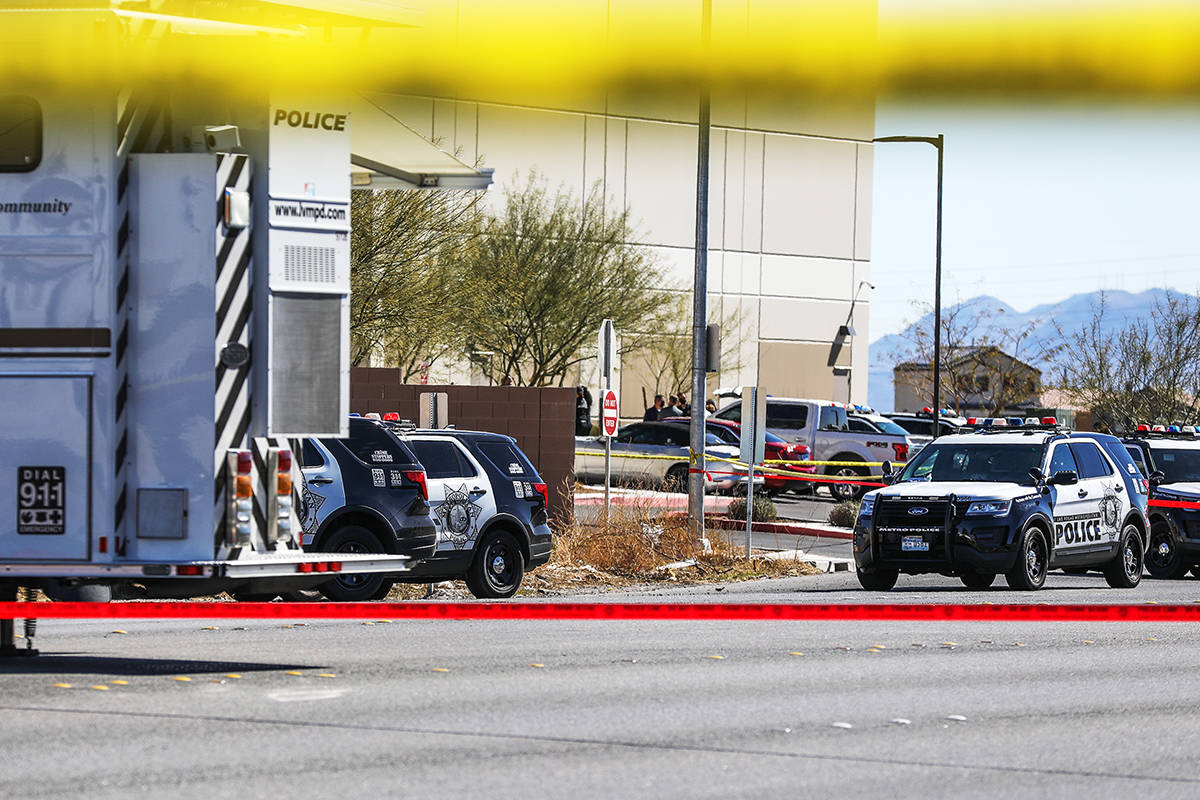 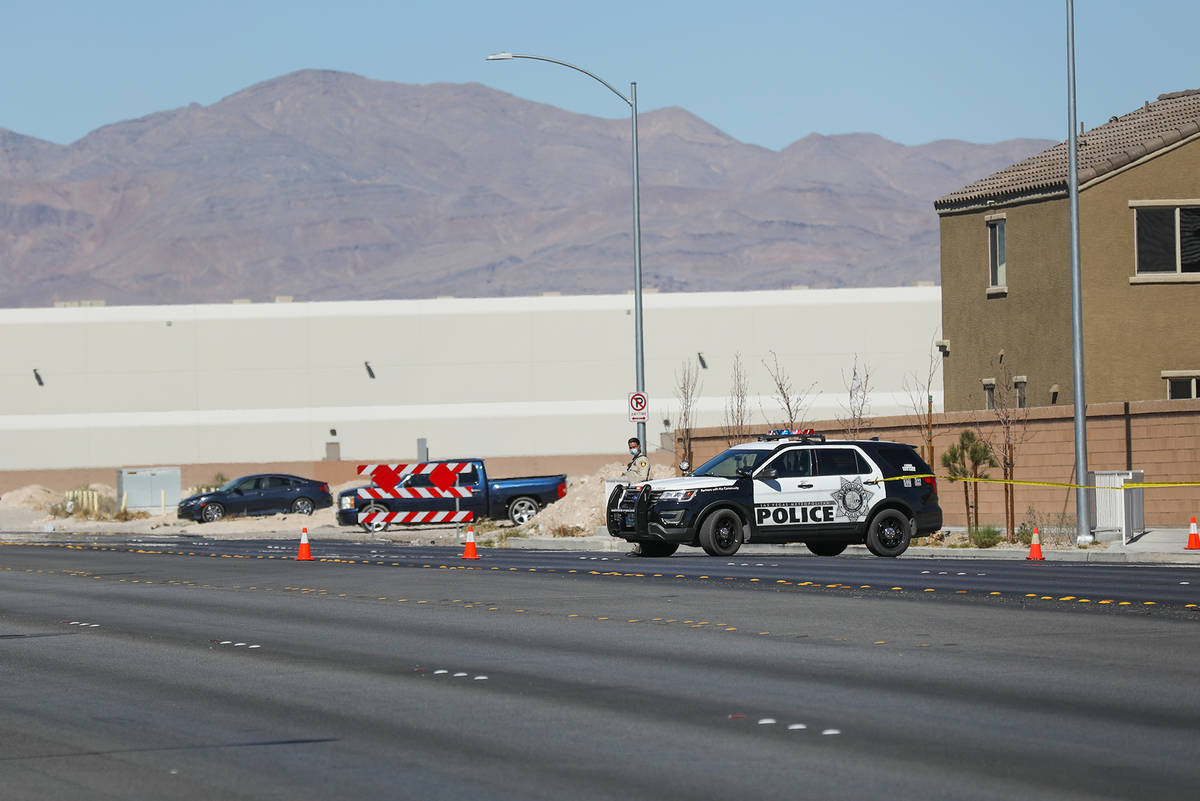 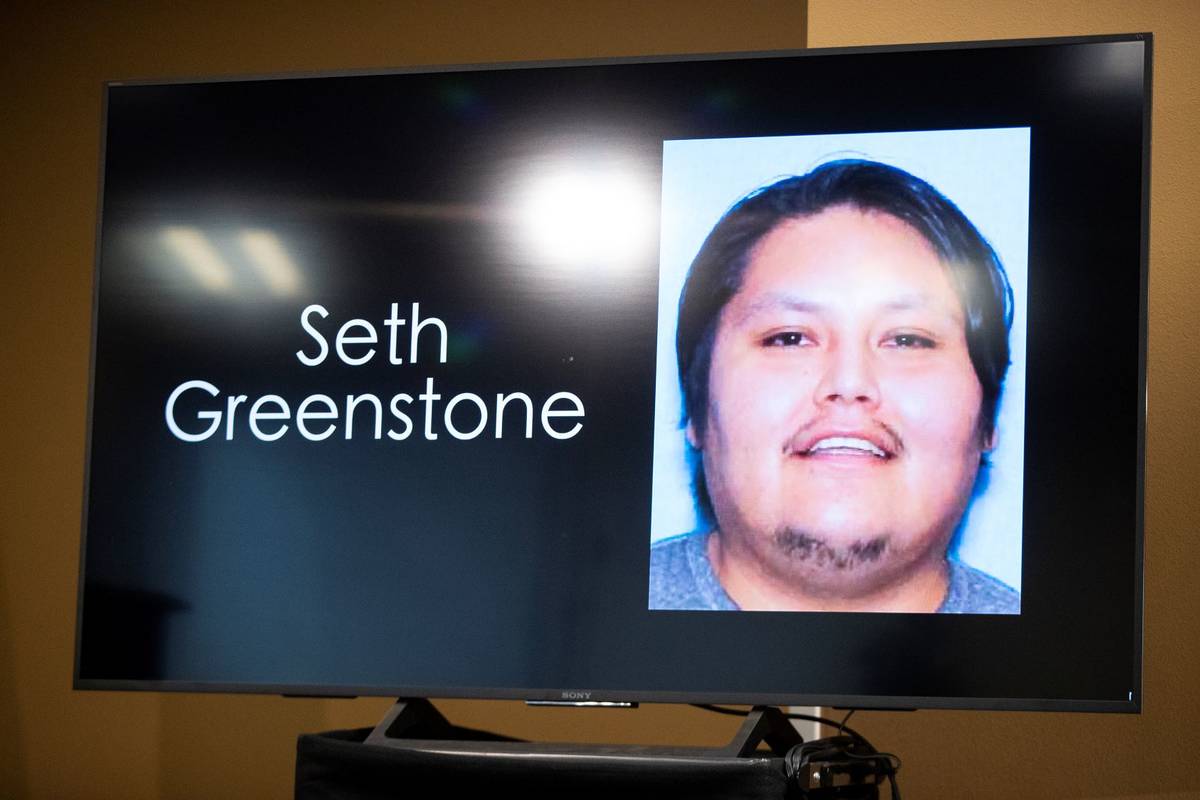 A photograph of Seth Greenstone, the man involved in an officer involved shooting, is displayed during a press conference at the Las Vegas Metropolitan Police Department headquarters in Las Vegas, on Wednesday, March 3, 2021. (Erik Verduzco / Las Vegas Review-Journal) @Erik_Verduzco 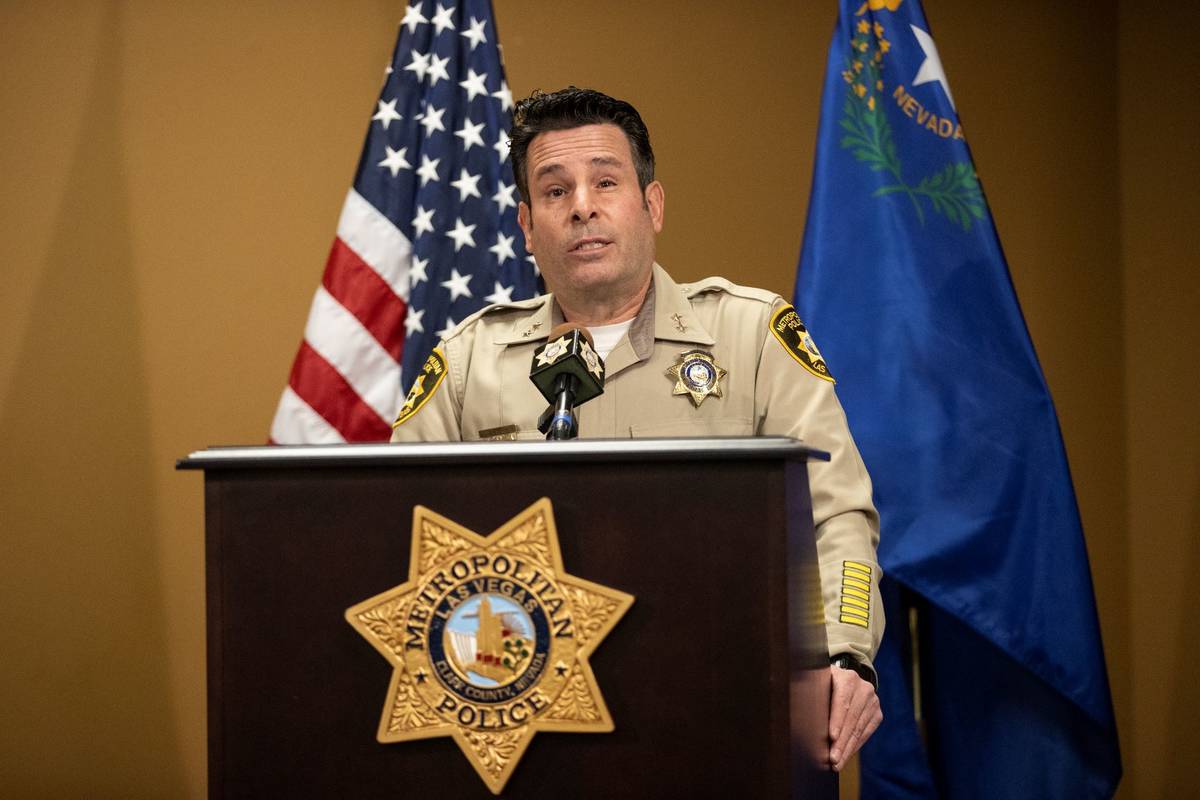 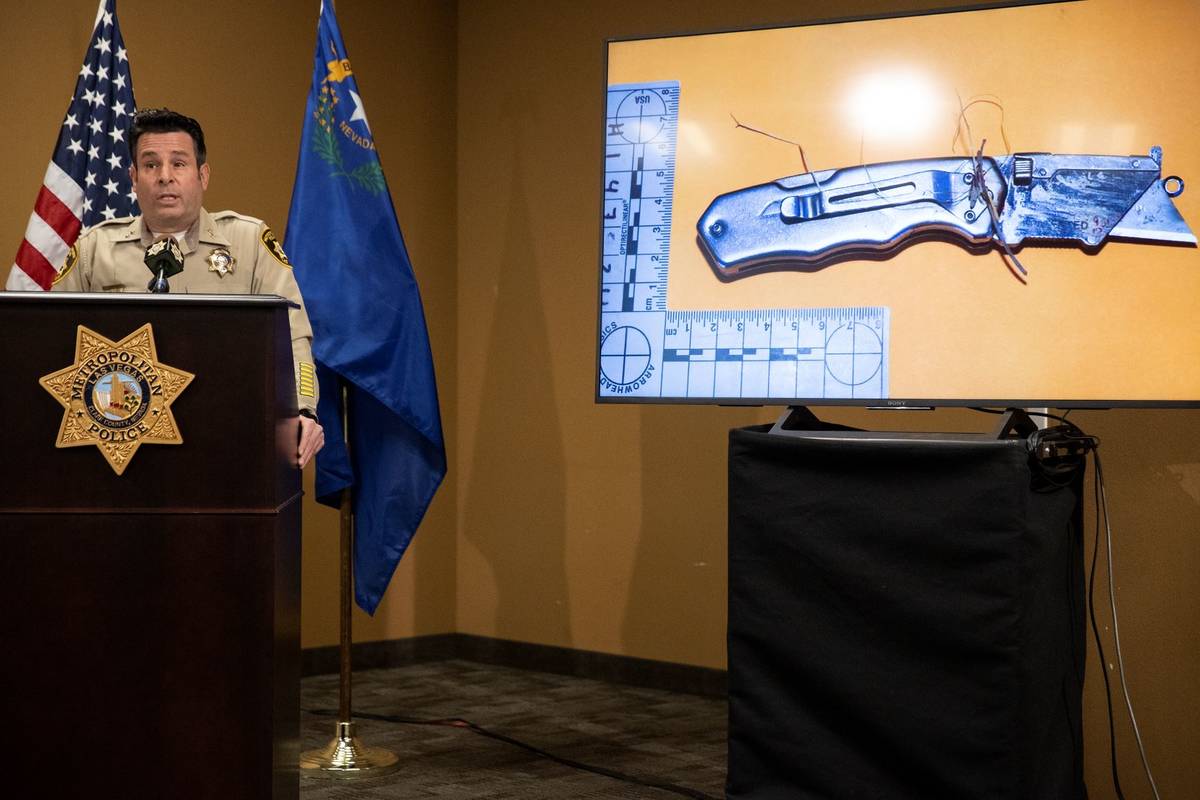 The Metropolitan Police Department has identified the officer who shot a man in northeast Las Vegas on Monday afternoon.

Officer Vidal Contreras, 30, has been placed on routine paid administrative leave while the shooting is investigated, police said.

Contreras responded to an anonymous call of a man walking through a desert area near Lamb Boulevard and Carey Avenue around noon on Monday. The report said the man may have a knife, police said.

When Contreras arrived, police said he found the man armed with a knife and bleeding from his neck and hands. He told the man to drop the knife, but the man moved toward Contreras, who fired two rounds, police said.

Police on Wednesday identified the man as Seth Greenstone, 31. During a news conference, Assistant Sheriff Brett Zimmerman said police determined Greenstone was who called 911, reporting a man with a knife.

Greenstone works in the area, and had been at work Monday, but left after borrowing a box cutter from a coworker, Zimmerman said.

When Contreras arrived, it appeared as though Greenstone was trying to harm himself, Zimmerman said. During the news conference, police played body camera footage that depicted the encounter.

“There’s a guy with a knife,” Contreras can be heard saying in the clip.

After the shooting, police said Contreras immediately called for medical attention. Greenstone was taken to University Medical Center in critical condition. Contreras was not hurt.