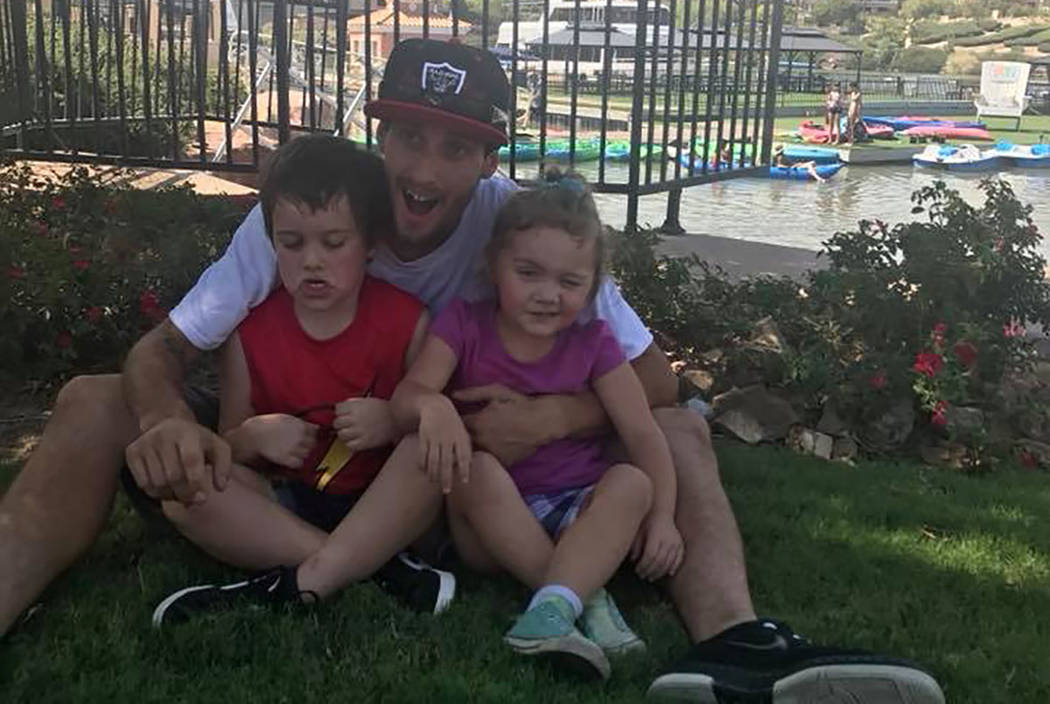 Randy Griffin with his son, Robert, and his daughter, Faith (courtesy, Cody McArdle) 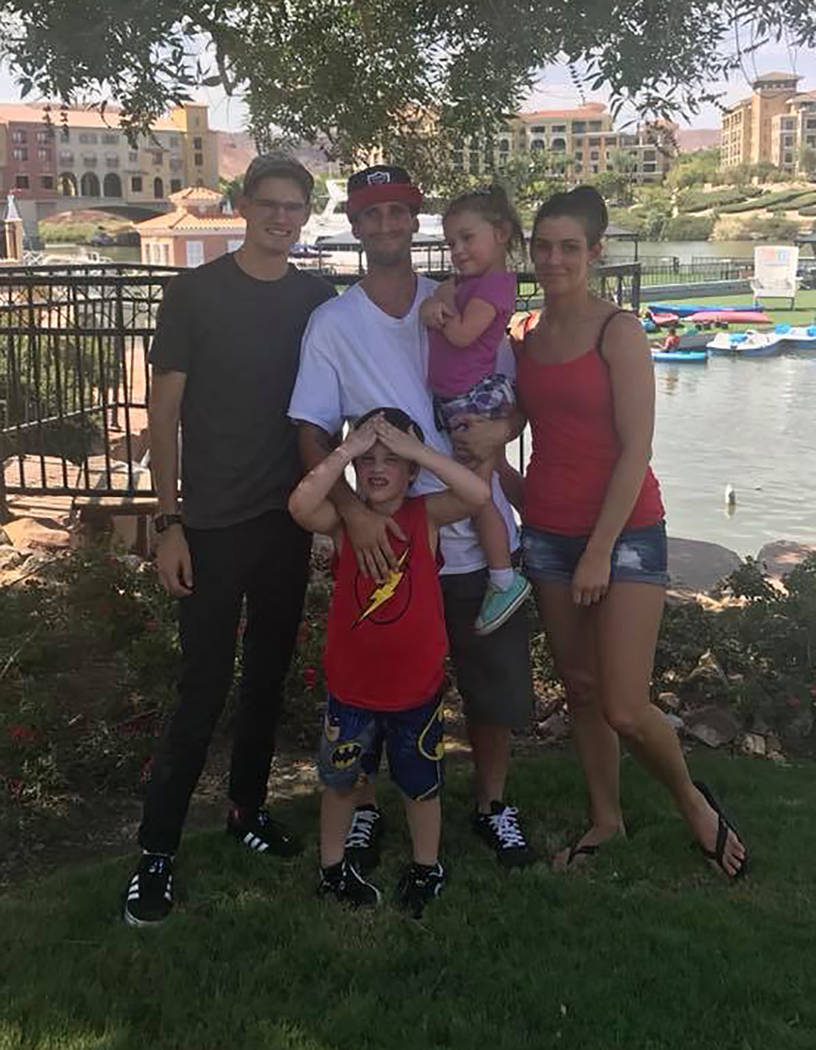 Randy William Griffin, 31, was planning a party for his daughter, Faith, on Wednesday, said Griffin’s brother, Cody McArdle. Griffin had planned to stay the night with his mother ahead of the celebration.

“He kissed my mom goodbye and said he loved her,” and then left, McArdle said. “He never returned.”

He was shot about 10:55 p.m. while riding with another man on the 4800 block of Sacks Drive, near East Tropicana Avenue and South Nellis Boulevard, Las Vegas police said.

Griffin and the other man encountered several men walking on the street, police said, and one of the men pulled out a rifle and shot at the bicyclists as they tried to ride away.

He died at Sunrise Hospital and Medical Center of a gunshot wound to the torso, the Clark County coroner’s office said. The second man wasn’t injured, and the group ran away before police arrived.

The second man was a friend of Griffin’s, said McArdle, of Belmar, New Jersey.

Griffin loved his family and wasn’t shy about expressing it, McArdle said. He had been spending a lot of time with his mother as she has been undergoing treatment for lung cancer. Now she’s distraught thinking that she has to bury her oldest child, McArdle said.

“His love for my mom was infinite, and it always showed,” he said.

Griffin would sing, play acoustic guitar or draw for his kids, particularly his son, Robert, who is 6, McArdle said. The father of two could envision the drawing and just put it to paper, like a drawing of Superman — a favorite of his — for his son.

“It would come out, and it would look amazing,” McArdle said.

McArdle said his older brother “didn’t have the perfect track record” and didn’t hang around with the best crowd growing up. Griffin had drug convictions and a conviction for carrying a concealed weapon without a permit, court records show.

But Griffin wasn’t the type to go looking for trouble and he wanted to see McArdle, 23, succeed and learn from his mistakes, the younger brother said.

“He never hid that,” McArdle said. “He always made sure that I knew that he was my biggest fan in life, and he always wanted me to be successful.”

Griffin was born and raised in Las Vegas, but in recent months he had expressed to his brother a desire to move to New Jersey.

“This place has been really toxic to me,” Griffin said in a message to his brother.

McArdle said he’ll miss Griffin’s “contagious” laugh, love of music, energy and ability to cheer him up. But perhaps most of all, he’ll miss his brother’s voice.

A GoFundMe page has been set up in Griffin’s name to cover funeral expenses.

No arrests have been made, but police said “it is possible the deceased victim and the suspect may have had a previous altercation a few days before this shooting.”