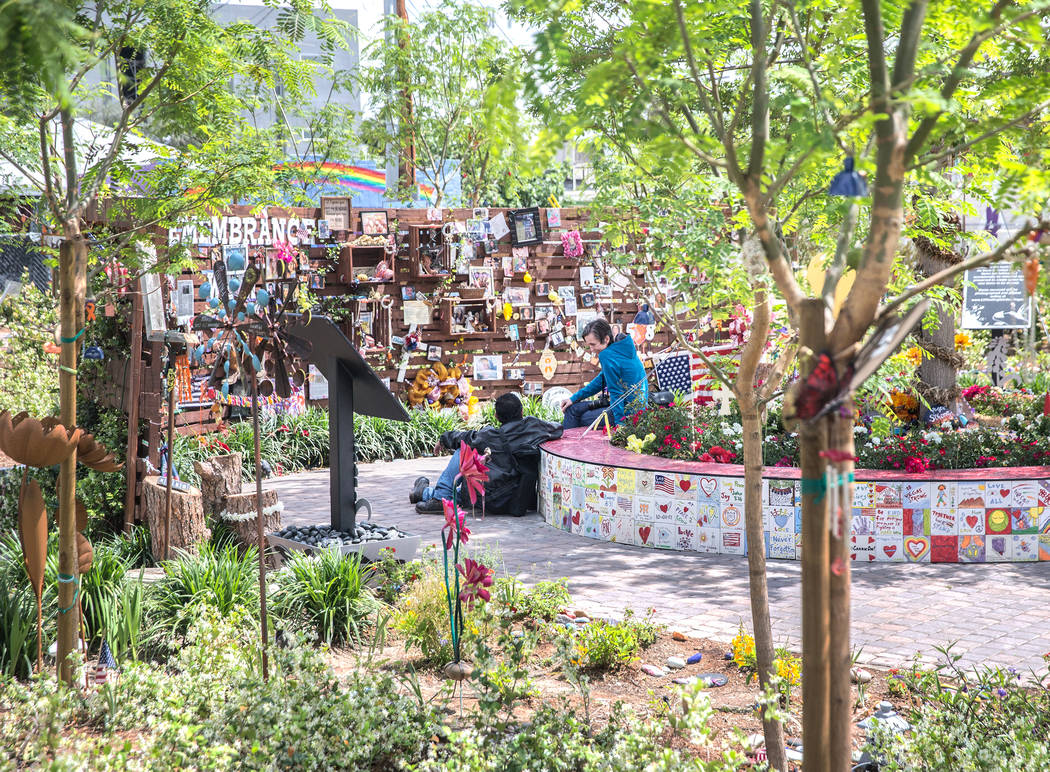 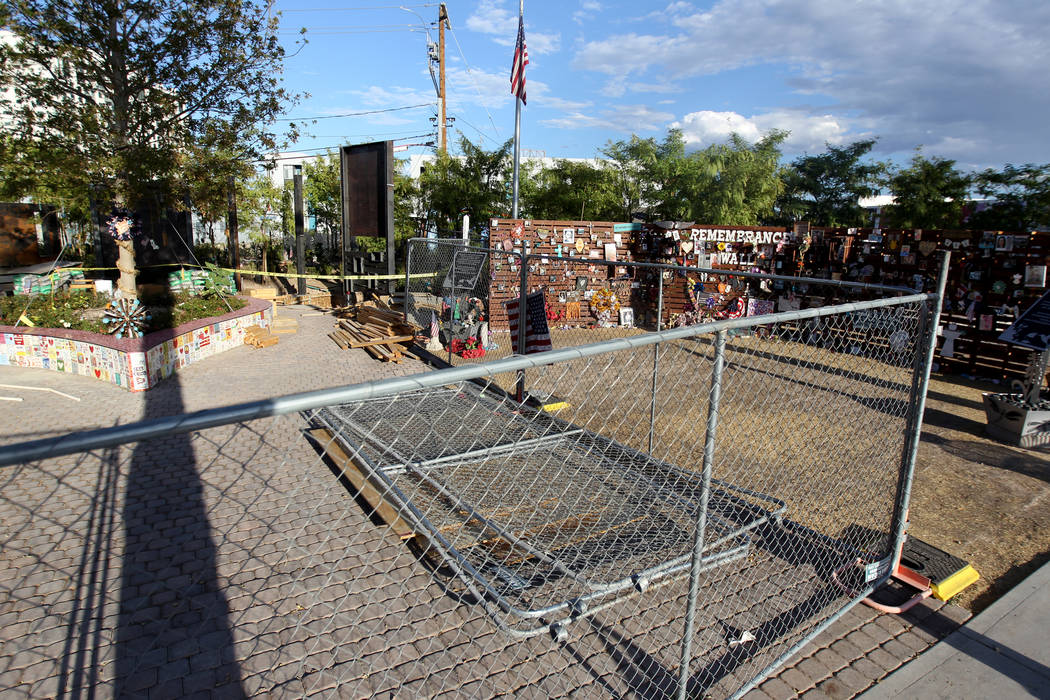 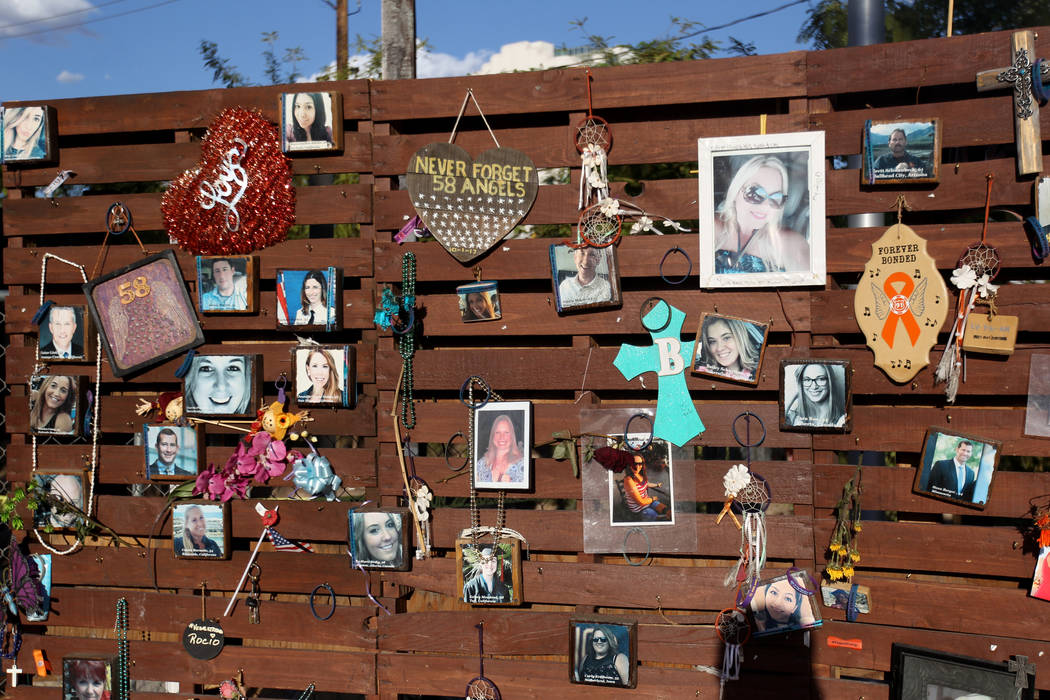 Resort marquees along the Strip will go dark Oct. 1 to commemorate the one-year anniversary of the mass shooting in Las Vegas.

Community leaders announced the scheduled tribute in a calendar released Tuesday that included several other planned events, each meant to honor victims and support survivors of the Route 91 Harvest festival attack, which left 58 concertgoers dead and hundreds more injured.

— A monthlong portrait exhibit beginning Sept. 17. Volunteer artists from around the world painted portraits of each person killed Oct. 1. The paintings will be on display within the Clark County Government Center rotunda, 500 S. Grand Central Parkway, until Oct. 19.

The 58 crosses placed near the Welcome to Fabulous Las Vegas sign after the shooting also will be on display. An Oct. 4 reception at the rotunda for artists and relatives of the 58 will begin at 6 p.m.

“Your service will help us honor the victims, thank our first responders and continue the healing of our community,” the organization said in a statement.

— An interfaith service on Sept. 30. The 5 p.m. service is titled, “Dear Love: A Ceremony of Help, Healing and Transformation.” It will take place at the Guardian Angel Cathedral, 302 Cathedral Way, just east of the Strip.

The event will include 58 seconds of silence, a series of speakers and a multi-jurisdictional honor guard. The Las Vegas Academy student “Academy Singers” are expected to perform.

— A dedication ceremony at the Las Vegas Healing Garden on Oct. 1. The new remembrance wall dedication begins at 6:30 p.m. The garden is located at 1015 S. Casino Center Blvd.

— The Strip marquee tribute on Oct. 1. It begins at 10:01 p.m. and will include properties throughout the Las Vegas Valley, county officials said. The Welcome to Fabulous Las Vegas sign also will go dark at that time.

On Wednesday, Southern Nevada Harley-Davidson Dealers also announced a “Vegas Strong” motorcycle run slated for Sept. 29 at 9 a.m. It starts at the Las Vegas Harley-Davidson on the Strip, 5191 Las Vegas Blvd. South, which served as a makeshift helipad for Metro air units on the night of the attack.

Registration costs $58 and includes a “Vegas Strong” pin, bandana, T-shirt and poker chip. All proceeds benefit the Injured Police Officers Fund and the Firefighters of Southern Nevada Burn Foundation. Sign up at vegasstrongride.eventbrite.com.

County spokeswoman Stacey Welling said organizations and individuals are welcome to submit other anniversary events to the community calendar at www.lasvegasnewswire.com/submit-an-event/.

The calendar can be found at www.lasvegasnewswire.com/events.