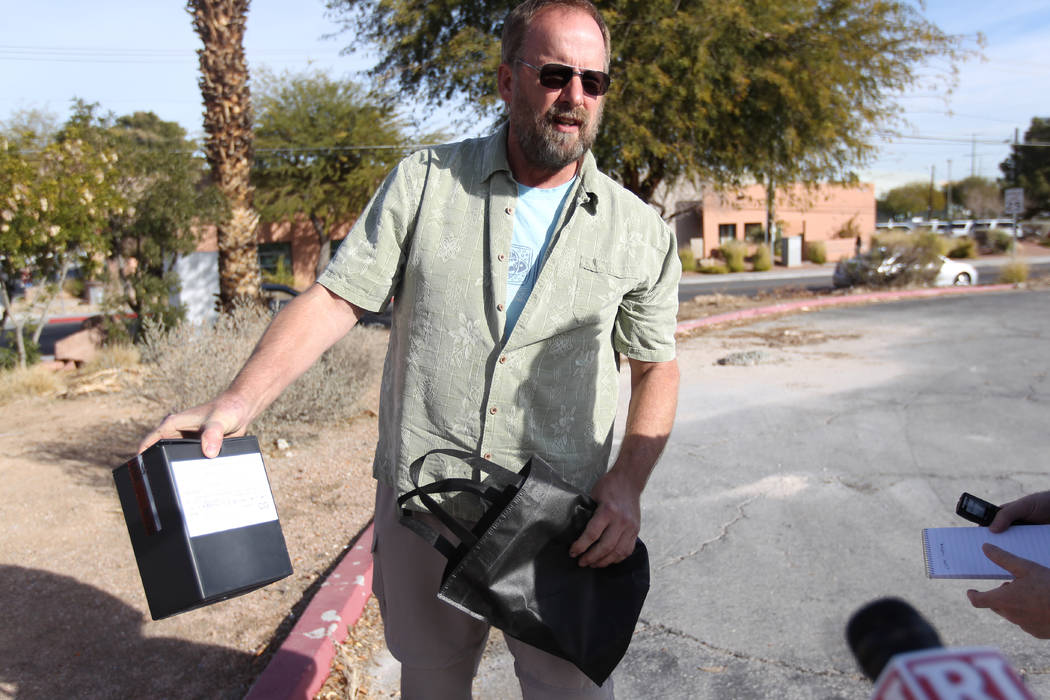 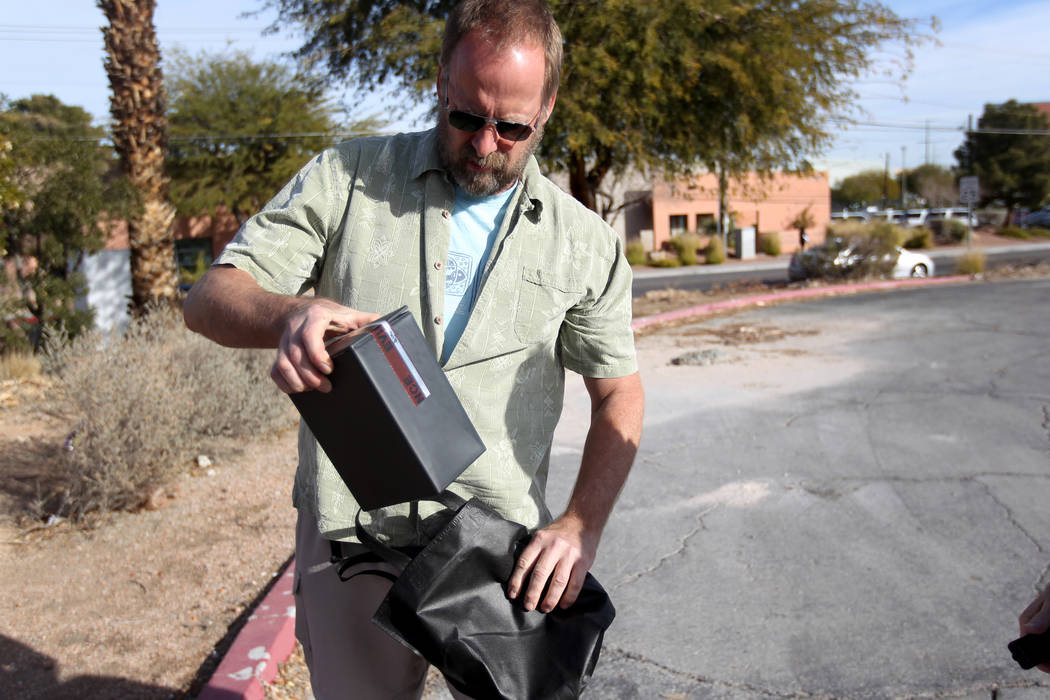 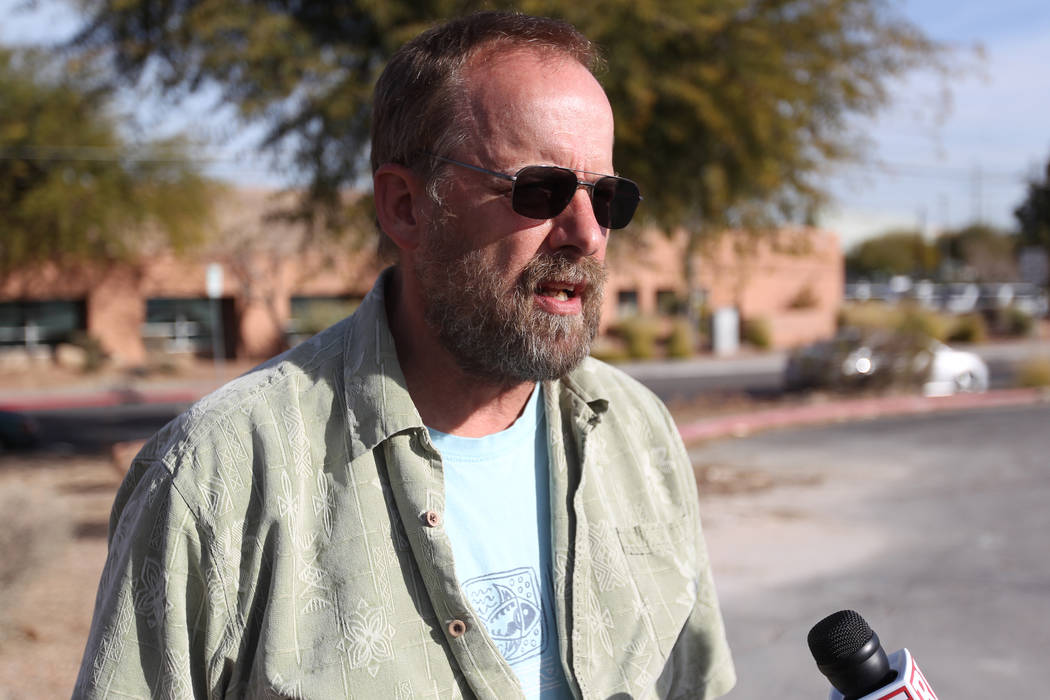 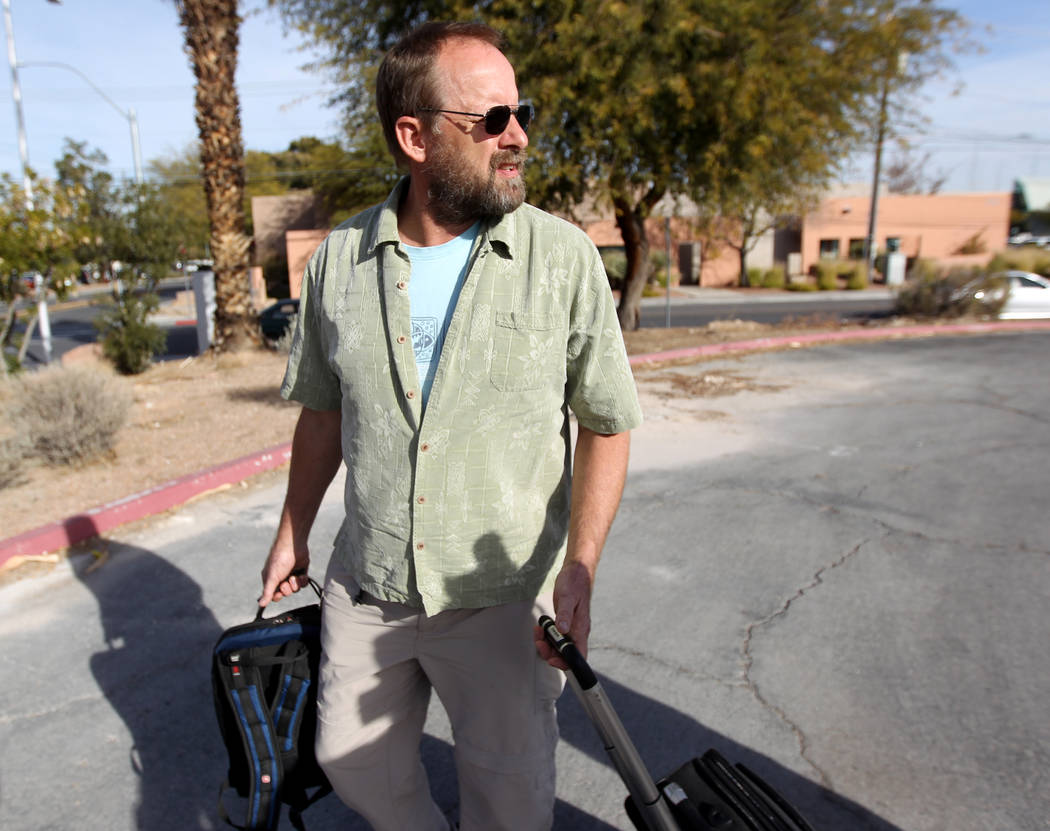 The Review-Journal reported Wednesday that the brother, Eric Paddock, had been unable to get the coroner’s office to send the remains to him in Orlando, Florida, where he lives.

Eric Paddock jumped on a plane early Thursday and flew to Las Vegas to meet with Clark County Coroner John Fudenberg. The meeting lasted about two minutes, said the brother, who was to return home Thursday.

“I’m going back to my life,” Paddock told the Review-Journal outside the coroner’s office after he had received the ashes.

The remains were contained in a black plastic box sealed with red evidence tape. The label bears Stephen Paddock’s name and says his body was cremated Dec. 21.

Fudenberg issued a statement Thursday confirming that his office turned over the ashes to Eric Paddock.

“Due to security concerns, we felt it was important to deliver the remains in a secure manner, which was accomplished,” he said. “At this time we are not releasing any additional information related to this case.”

Paddock said he did not understand why Fudenberg “decided to play games” with his brother’s ashes.

“This is a thing that is done when someone dies. That’s all it is,” Paddock said. “If it had just been handled that way, it would have been done the day after he was cremated.”

Paddock said it would have cost $157 for the coroner’s office to mail his brother’s remains to him in Orlando. Instead, he had to pay $1,500 for an airline ticket.

He said Fudenberg had offered to try to ship the ashes to the Orlando Police Department and arrange for police there to deliver the remains to Paddock. But that upset Paddock, who decided to make the trip to Las Vegas.

Fudenberg sent Stephen Paddock’s brain tissue to Stanford University School of Medicine in October for a neuropathological examination to look for possible disorders that might explain his behavior. On Oct. 1, Paddock fired into a crowd of concertgoers with high-powered rifles from his 32nd-floor Mandalay Bay hotel room, leaving 58 people dead and more than 500 others injured. The mass shooting was the worst in modern American history.

Eric Paddock said his family did not object to the Stanford examination of his brother’s brain.

In December, Fudenberg said publicly that the 64-year-old shooter, a high-rolling video poker player on the Strip, died from a self-inflicted gunshot and ruled his death a suicide.

Police said Paddock killed himself as officers closed in on his hotel room. But Fudenberg has not yet released an autopsy report to the family.

Paddock told the Review-Journal on Wednesday that he does not intend to keep his brother’s remains at his home in Orlando.

“I’m putting the ashes in a safe deposit box in a bank in order to make sure that there’s no hoopla around Steve’s remains,” Paddock said. “I don’t want someone to do something stupid.”