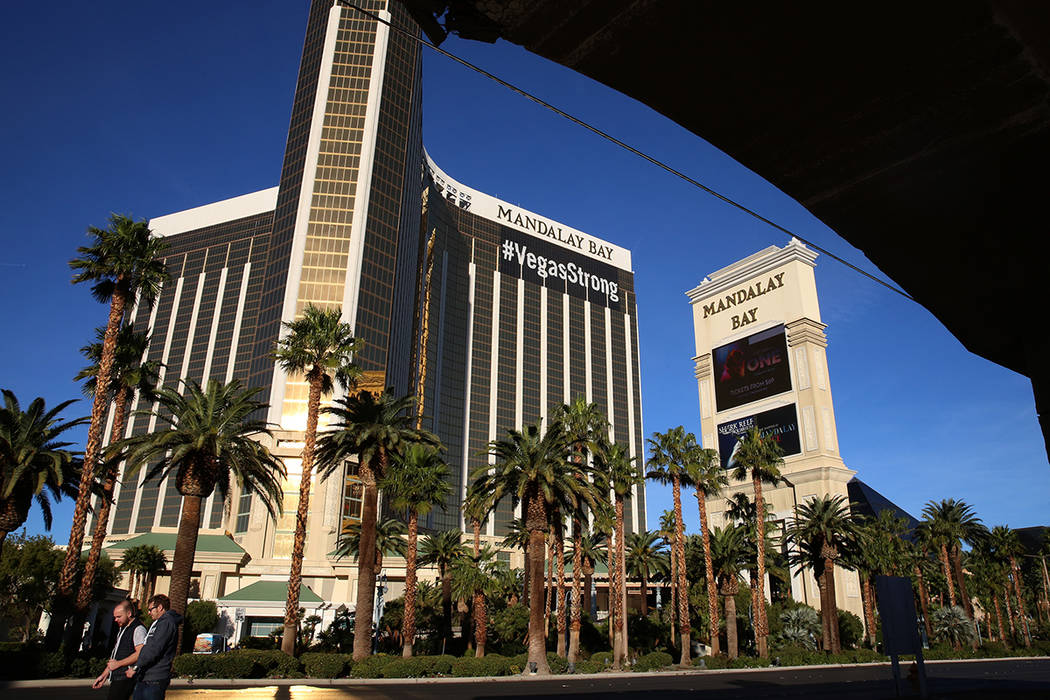 Metropolitan Police Department lawyers said Tuesday that criminal charges related to the Oct. 1 massacre may be coming in the next 60 days.

“There are charges being investigated,” Metro attorney Nicholas Crosby said during a court hearing in Las Vegas.

The hearing was held to determine whether Metro search warrant records pertaining to the Las Vegas shooting investigation should be unsealed. Metro attorneys argued that the documents should remain sealed because they may be used to support charges related to the investigation. They did not say who may face charges or what the charges may be.

On the final night of the Route 91 Harvest festival, Stephen Paddock opened fire from his Mandalay Bay suite on the Strip, killing 58 concertgoers before killing himself. Since that night, law enforcement officials have identified no other suspects in the case, though Paddock’s girlfriend, Marilou Danley, initially was identified as a person of interest.

Last week, a federal judge unsealed more than 300 pages of federal search warrant records after the Las Vegas Review-Journal and other media organizations sued for their release.

Those documents noted that Danley “agreed to cooperate with investigators” and remained “adamant” she had no prior inclinations of Paddock’s planned attack. The documents also noted that during an interview with investigators, Danley “spontaneously stated” that her fingerprints likely would be on Paddock’s ammunition because she “occasionally participated in loading magazines.”

“Although the investigation to date has not produced any conclusive evidence that Danley aided Paddock, had foreknowledge of his plans, or has been deceptive with law enforcement, this aspect of the investigation is still the subject of intensive review,” according to one document, dated Oct. 7.

A few days after the shooting, Danley released a statement through her Los Angeles attorney, Matthew Lombard.

“I knew Stephen Paddock as a kind, caring, quiet man. I loved him and hoped for a quiet future together with him,” she said in the statement. “He never said anything to me — or took any action that I was aware of — that I understood in any way to be a warning that something horrible like this was going to happen.”

Danley’s lawyer did not respond to a request for comment after Tuesday’s hearing.

Metro’s initial argument was that Cadish did not have the authority to unseal the records because that authority should remain with the individual judges who initially ordered the records sealed. Cadish rejected that argument.

The only other evidence Metro submitted in support of keeping the records sealed was an FBI affidavit. Review-Journal attorney Maggie McLetchie argued that Metro could not make assertions on behalf of the FBI, then noted that federal authorities did not oppose the release of federal search warrants last week.

“The press has an important role in being able to get access to this warrant information and help the public understand what occurred in regard to what warrants law enforcement got, what came back and what the actual facts are,” McLetchie said in court. “The horrific incidents of 1 October were over three months ago. The public still has many, many questions.”

That’s when Metro attorneys suddenly asserted that the sealed documents were pertinent to possible charges.

“Are we going to indict Mr. Paddock? No. He is deceased,” Crosby said.

Crosby then suggested that the investigation was ongoing.

“So without naming names,” Cadish said, “there are potential charges against others as a result of the ongoing investigation? Is that fair?”

McLetchie said this was the first mention from Metro attorneys of any potential charges and argued that every delay “is a First Amendment violation.”

Cadish said she wanted to read through the sealed documents and compare them with information that already has been made public. She indicated she would make a decision by Jan. 26.