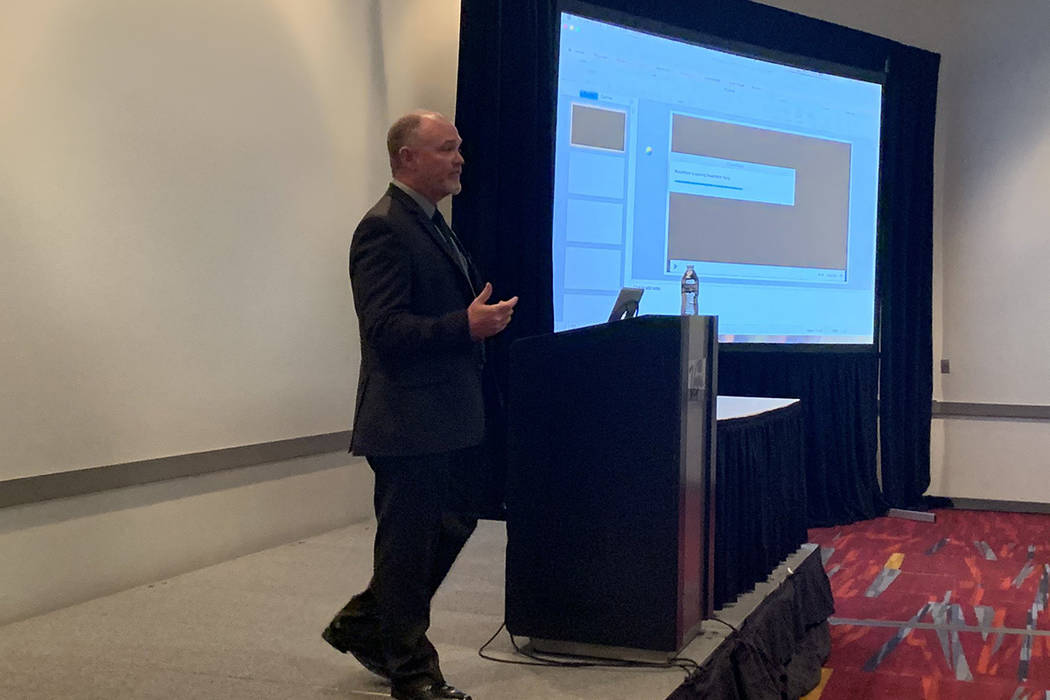 Retired Clark County Fire Chief Greg Cassell addressed about 150 firefighters and emergency responders from across the country on Monday afternoon, offering advice on how to handle active shooter situations.

Cassell reflected on how local law enforcement handled the Route 91 Harvest festival shooting on Oct. 1, 2017, the largest mass shooting in modern U.S. history. His main point: No community ever thinks it will happen to them, but it is important to be prepared and to learn from others who have gone through it.

His session, called “Review of the 1 October Mass Shooting,” closed out the first day of a four-day conference, called Firehouse World, at the Las Vegas Convention Center.

Cassell explained what happened before, during and after the shooting — which left 58 people dead and hundreds more injured — with body camera video and 911 audio. He explained what Las Vegas law enforcement did well and what they could have improved on.

He said one thing they did well was communicate among agencies, something he said has always been a priority in Las Vegas.

He was critical of media coverage of the event and warned those in attendance to have a plan for the release of public information.

Cassell said one of the biggest lessons Las Vegas Valley agencies learned in the Route 91 shooting was that local hospitals have trouble handling an influx of shooting victims without some help. That’s why local law enforcement is working on implementing a hospital area command, which he said would provide hospitals with additional help to triage patients, replenish supplies or even just help clean up.

“We’re going to do our thing on-scene, but behind the scenes we’re going to dispatch an engine company to the four or five closest hospitals and trauma centers to go in there and just meet up with the charge nurse, asking, ‘What can we do for you?’” Cassell said.

He said the hospitals were surprised to hear that law enforcement wanted to send their resources in an event such a mass shooting, but “we were like, ‘Yeah, one team, one fight,’” Cassell said.

The area command idea was floated a little over a year ago by Metropolitan Police Department Lt. Branden Clarkson and Clark County Deputy Fire Chief Jon Klassen in a meeting with the state Assembly Health and Human Services committee.

“We should’ve gone to the area hospitals … as opposed to throwing resources at a crowd running past us,” Klassen said at the meeting, adding that the department was working with hospitals to create a mass casualty incident plan that would allow for emergency responders to help with triage and transport at hospitals.

Sunrise Hospital and Medical Center, which was flooded with hundreds of gunshot victims on the night of the shooting, was not immediately available for comment.