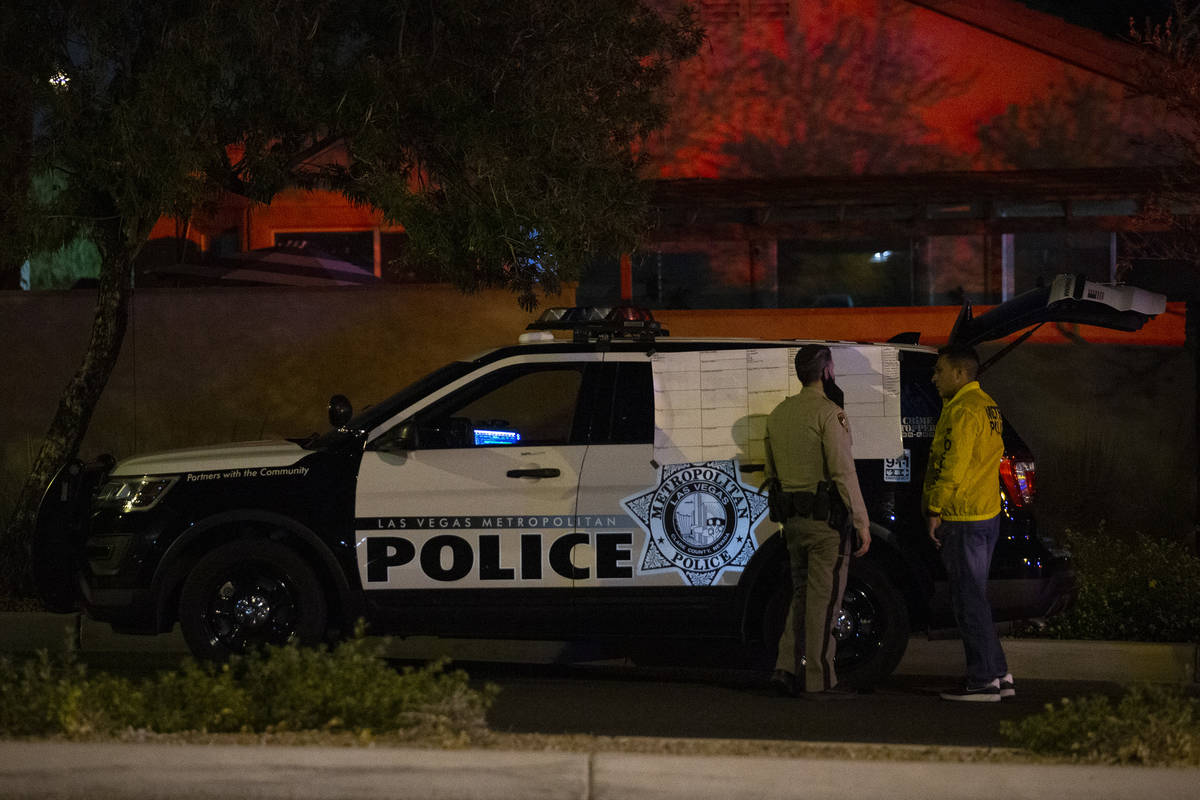 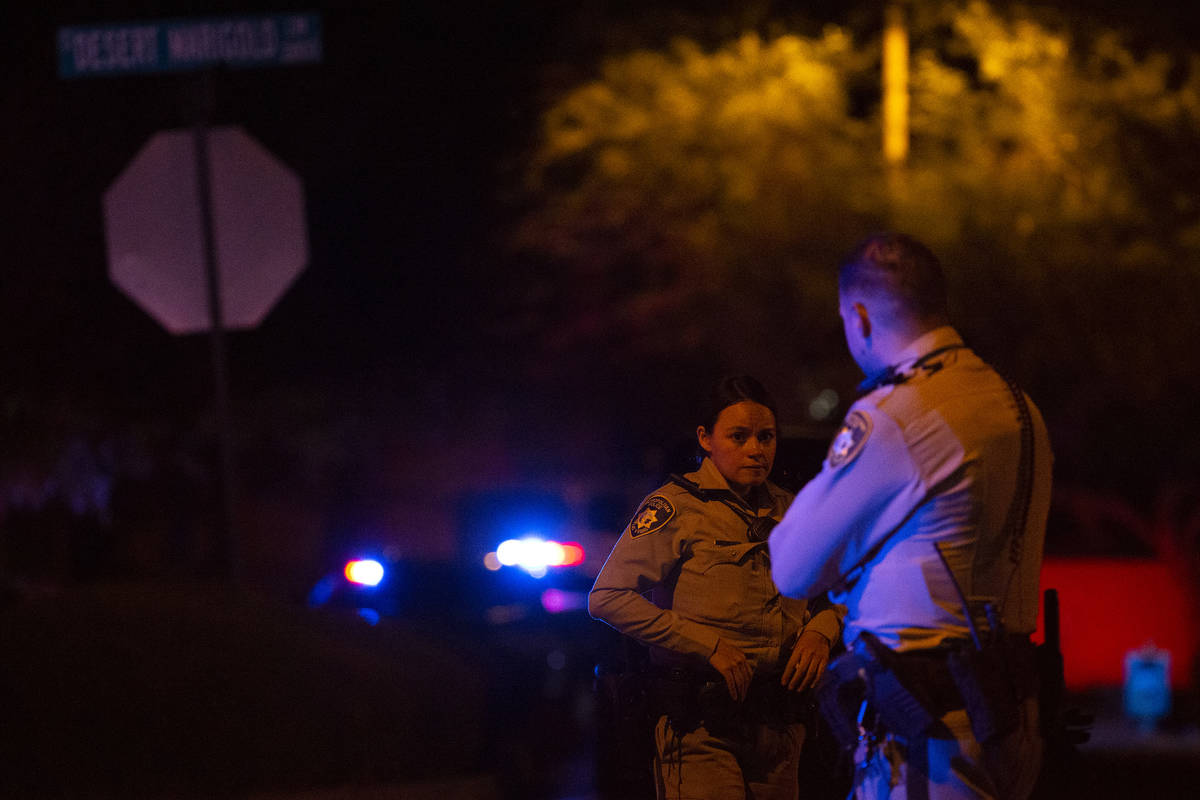 A psychiatrist called Las Vegas police Sunday night with a warning about his client just minutes before the client stabbed his wife and an officer fatally shot him in Summerlin, the Metropolitan Police Department said.

Police were called at 9:08 p.m. to the 10300 block of Timber Willow Avenue where 40-year-old Seth Holliday was found near the front door stabbing his wife multiple times while their child was in the house, Assistant Sheriff Christopher Darcy said during a briefing Wednesday afternoon.

Las Vegas police also received a call just after 9 p.m. from a psychiatrist who warned police that one of his clients was “getting aggressive and was a danger to his spouse,” Darcy said. Minutes later, the spouse called police to say Holliday had stabbed himself and while she was on the phone with police, he began stabbing her as well, Darcy said.

Darcy played the 911 audio during the briefing Wednesday, where Holliday’s wife can be heard screaming “No, help, stop please help, help me, no,” before police shot her husband while she was still on the phone.

Sgt. Douglas King, 34, fired one shot with a Glock 21 45-caliber handgun through the metal screen door, only feet from the couple, after Holliday told King, “Shoot me,” Darcy said.

During body-worn camera footage shown at the briefing, King can be seen approaching the house while the woman screams, “Help me.” King yelled, “Drop it” twice before shooting Holliday in the chest.

Police later found eight knives covered in blood in the house. Darcy said that the man’s wife would pull a knife away from him and that he would then grab another and continue attacking her.

The woman was taken to a hospital with multiple stab wounds and was in stable condition Wednesday. A juvenile that was in the home has been placed with family.

King has been with Metro since 2004 and was placed on administrative leave pending the outcome of the investigation, police said.

The event is the 14th officer-involved shooting in Metro’s jurisdiction this year.