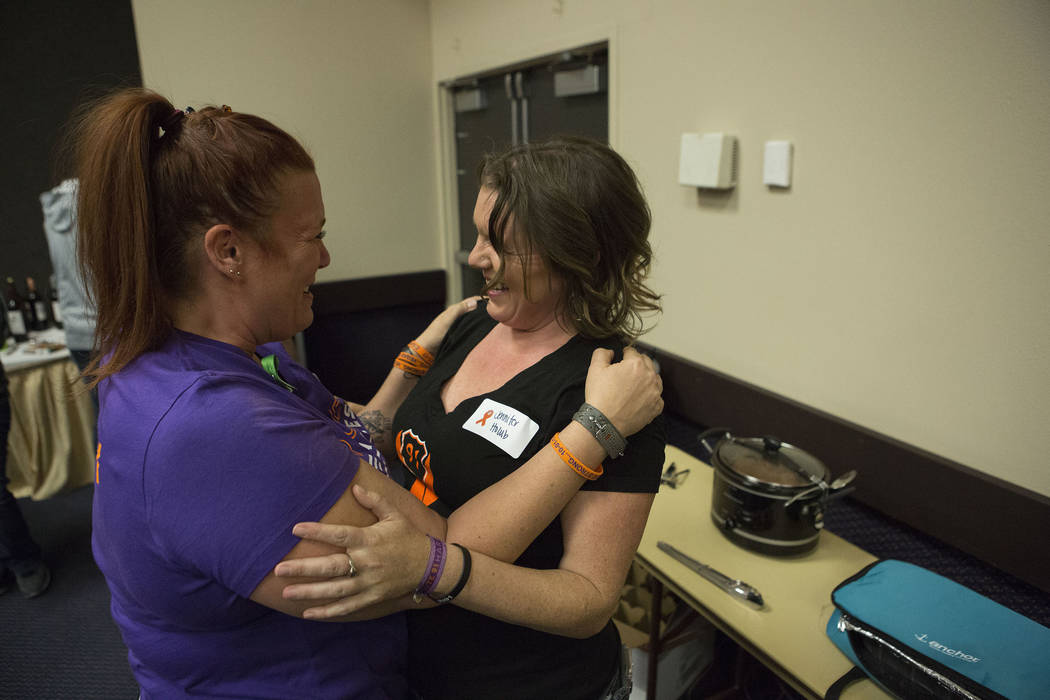 A group of Route 91 Harvest festival shooting survivors wants a “multistate solution” to the massive unmet financial needs of thousands of survivors.

Jennifer Holub, a survivor of the Oct. 1 shooting who lives in Cedar City, Utah created a petition Tuesday on the website change.org “asking our elected officials to find a solution to help all victims.”

More than 22,000 people were attending the Oct. 1 music festival when a gunman killed 58 people and injured 546 as they tried to escape and help others survive.

“Thousands upon thousands of were impacted and are suffering with crippling PSTD. … Victims and survivors, who live across our 50 states, are in desperate need of direct help. We are asking for state and federal politicians to step up and come up with a multistate solution,” the petition reads.

Around $17 million has been collected by the Las Vegas Victims’ Fund, which is not enough to cover thousands of survivors’ nonphysical injuries.

“Every injury, no matter how small or large, matters. Whether obvious or not, the wounds are deep and the ongoing struggle is real,” Holub wrote in the petition.

Holub told the Review-Journal on Thursday that she would like to see more states’ victims-of-crime programs augment Nevada’s. Anybody who was affected by a crime that occurred in Nevada is welcome to apply for financial aid. But help from such programs in other states is generally not available because the crime occurred in Nevada.

The program is used to pay for several services, including medical bills, funerals and counseling related to a crime that occurred in Nevada. Fund payouts are capped at $35,000 per individual, but it only issues cash in the case of lost wages and for reimbursable expenses, program manager Rebecca Salazar said.

The Nevada program has received 2,908 applications for victim aid connected to the Oct. 1, shooting, Salazar said.

In November, the Review-Journal contacted the 14 state victims-of-crime programs where the 58 killed in the shooting were from, with programs in two Canadian provinces.

Nevada’s program fund had about $12 million in it as of mid-October and $11.4 million as of Thursday, Salazar said.

“It would be wonderful if more states augmented Nevada’s VOC,” Salazar said. “However, each state has its own guidelines and we work within those. For instance, the majority of compensation programs help victims with crimes that occur in their own states.”

Holub said, “They are limited on what their scope is and what they can do. Help would be more widespread if it was more available in other states.”

In letters Holub and other survivors are sending directly to politicians, they say, “We are from your state, your communities, your neighborhoods and places of worship; we are your voters and we elected you to be our voices. This is a multistate problem and needs a multistate solution.”