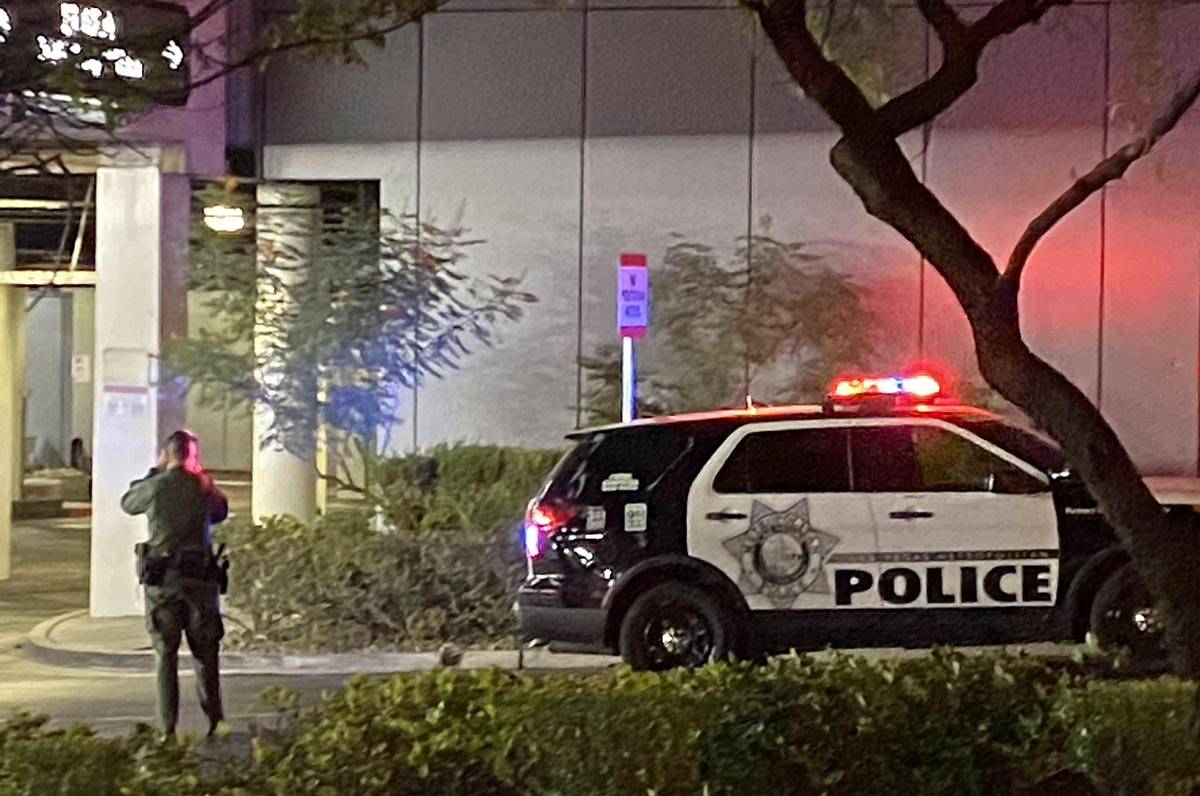 A Las Vegas police officer near the scene of a shooting on the Las Vegas Strip early Monday, Oct. 19, 2020. Nobody was injured and three men have been detained, police said. (Glenn Puit/Las Vegas Review-Journal) 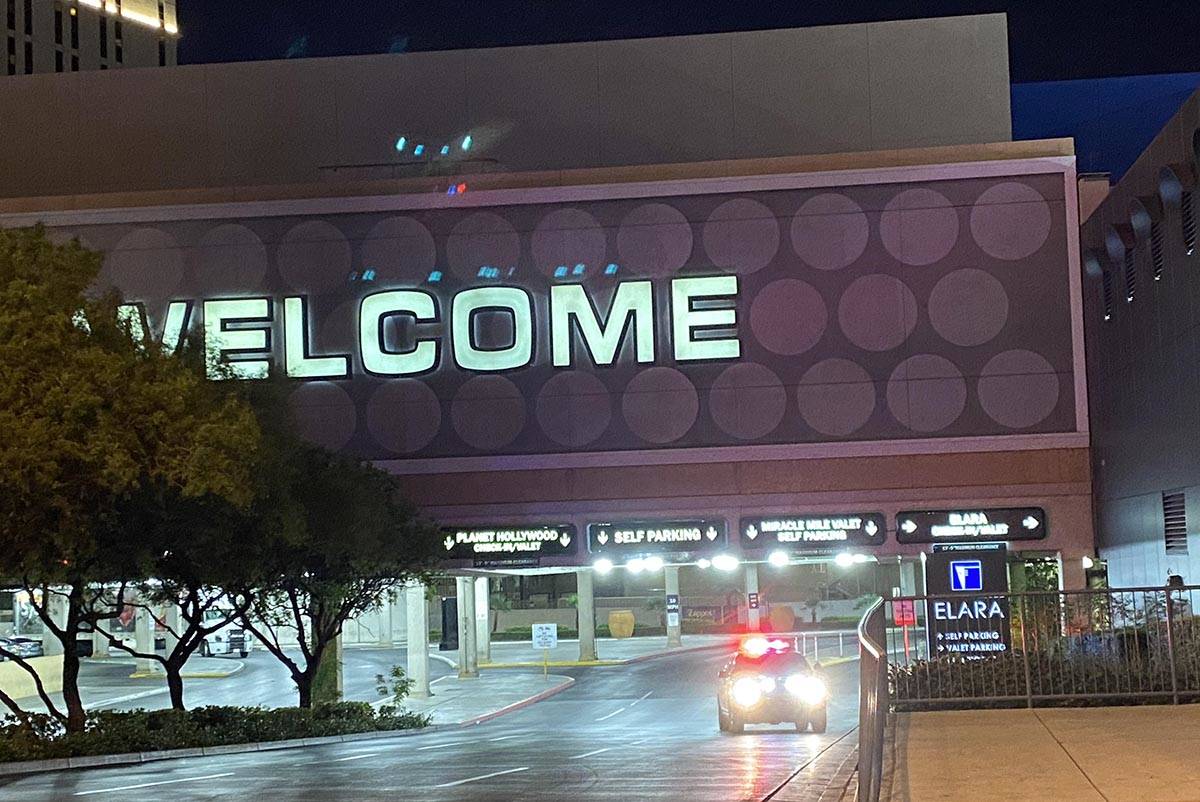 A Las Vegas police unit at the entrance to Planet Hollywood after a shooting nearby on Monday, Oct. 19, 2020. Nobody was injured and three men have been detained, police said. (Glenn Puit/Las Vegas Review-Journal)

“There was an altercation between some males at the top of of the escalator on the northeast corner of Las Vegas Boulevard and Harmon (Avenue),” police Lt. David Gordon said. “One of the males reportedly fired one shot, possibly in the air.”

The shot caused the participants in the altercation to scatter, Gordon said. Two males were initially detained by police. A third man believed to be involved returned to the scene and was taken into custody as well. Las Vegas police officer Misael Parra said the person who fired the shot was arrested. He did not immediately provide further details on the individual’s identity or what charge the individual faces.

Officers were observed scouring a landscaped area at the entry of the Planet Hollywood parking garage.

Clark County Sheriff Joe Lombardo said he’s convinced police will be able to quell the violence through increased patrols on the Strip. Aggravated assaults are up 29 percent in 2020 compared with the previous year, with gun crimes at the heart of the increase, Lombardo said.

“If we ignored it, it would really be a big problem,” Lombardo said. “But we haven’t ignored it, and we’ve allocated a significant amount of resources to address it.”