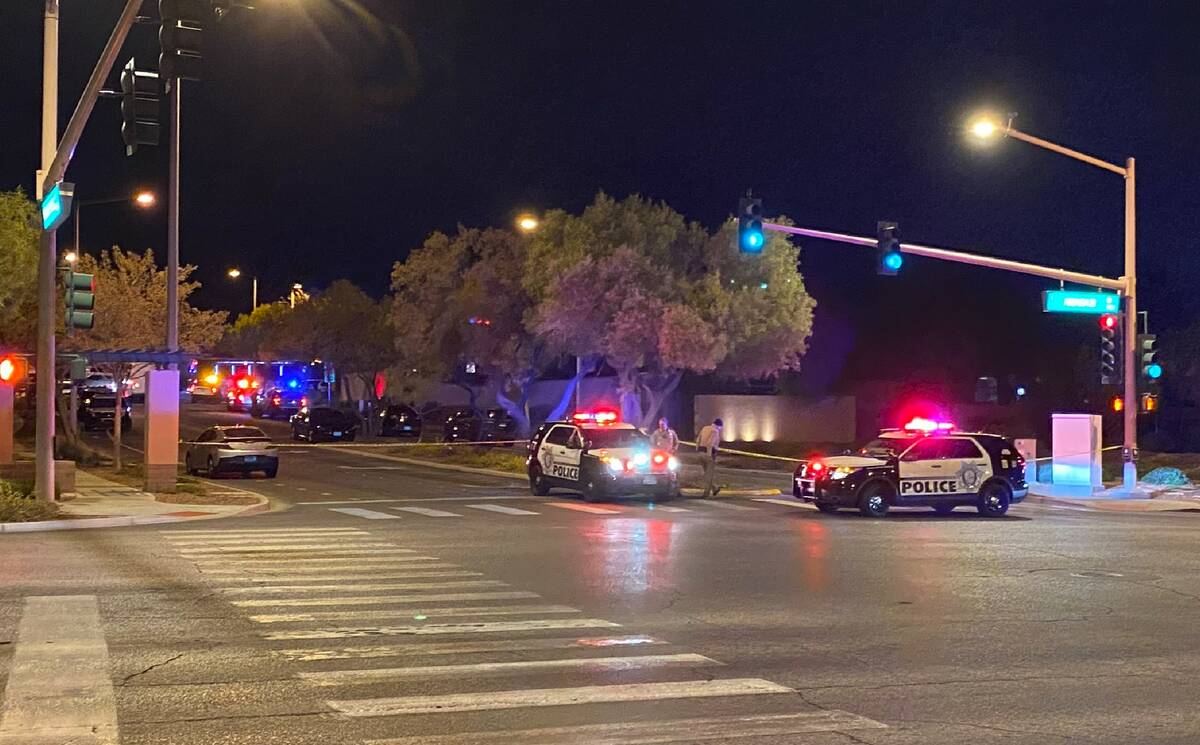 Police fatally shot a man carrying a firearm in Summerlin on Friday night.

At around 7:45 p.m. officers responded to the 10000 block of Angel Dreams Avenue, near Anasazi Drive and Summerlin Parkway, after reports of a neighbor dispute in which one of the neighbors had a firearm, according to Metropolitan Police Department Capt. Carlos Hank.

Police surrounded the man’s home and called inside for him to come out. The man emerged armed with a firearm. He walked toward officers, “disobeying the officers verbal commands,” according to Hank.

“It was at this time an officer fired, striking the suspect,” Hank said.

The man was taken to the hospital where he died.

Hank said no other citizens or officers were injured, and he could not say whether the man fired at officers.

Earlier Friday, Las Vegas police killed a suspected road rage driver who had pointed a gun at another driver in east Las Vegas.