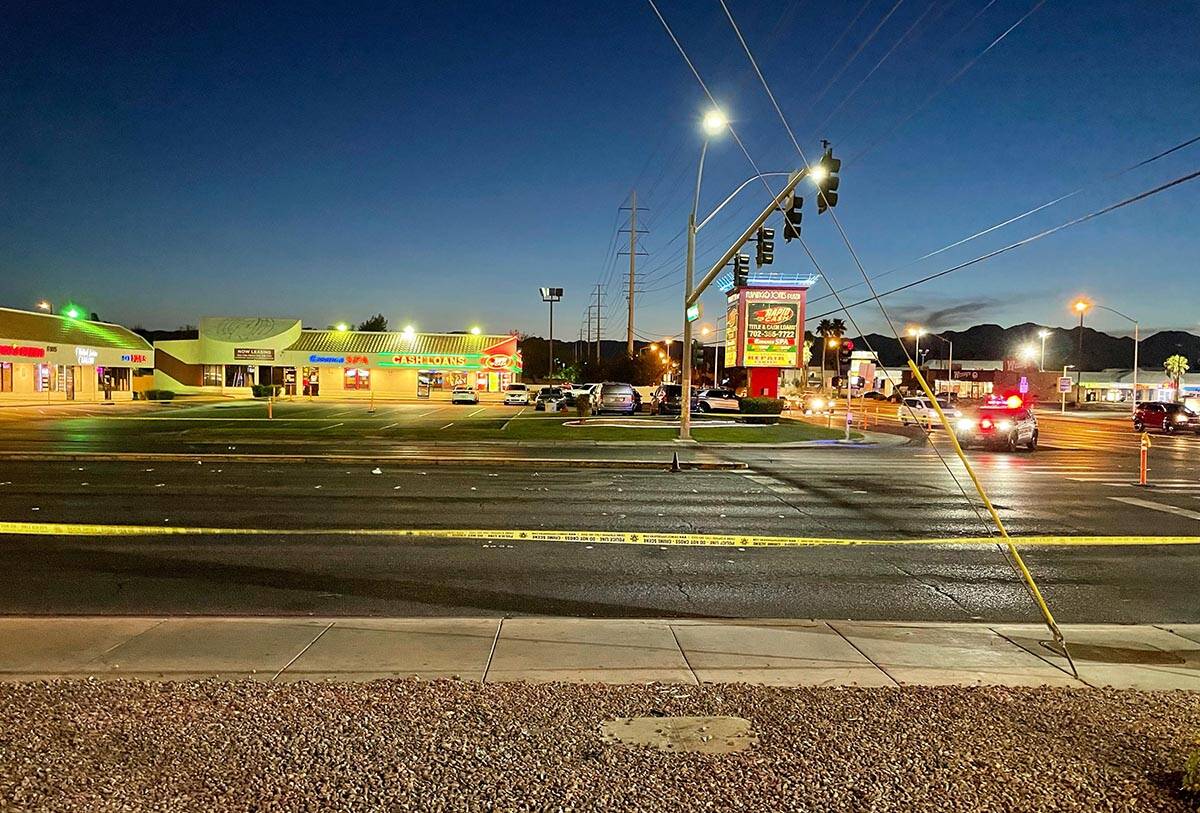 A man died Sunday after a road rage incident at a west Las Vegas intersection escalated into a physical fight and shooting, police said.

Police were called to West Flamingo Road and South Jones Boulevard at 4:17 p.m. after a report of gunfire and a fight, Metropolitan Police Department Lt. Brian Boxler said.

Two men were in separate vehicles at the intersection while stopped at a red light, Lt. Dave Valenta said. They started quarreling, and the quarrel eventually escalated to a physical fight. They both stepped out into the intersection, Valenta said, and one pulled out a gun and shot the other.

Valenta said the victim, a 42-year-old man, took himself to Spring Valley Hospital and later was pronounced dead at University Medical Center.

The Clark County coroner’s office determined that John Michael Owen died of a gunshot wound to the abdomen.

“Everyone just needs to take a breath,” Valenta said, speaking about road rage in the valley. “Every viewer watching right now, every single person gets cut off. Every day, it happens, unfortunately, in Vegas. We have fatalities. We have speeding, people on the phone, whatever. People are going to cut each other off. Take a breath. Nothing is worth somebody’s life.”

The shooter flagged down officers in the area and was taken into custody without incident. Valenta said police were in the process of interviewing witnesses and had not decided on charges.