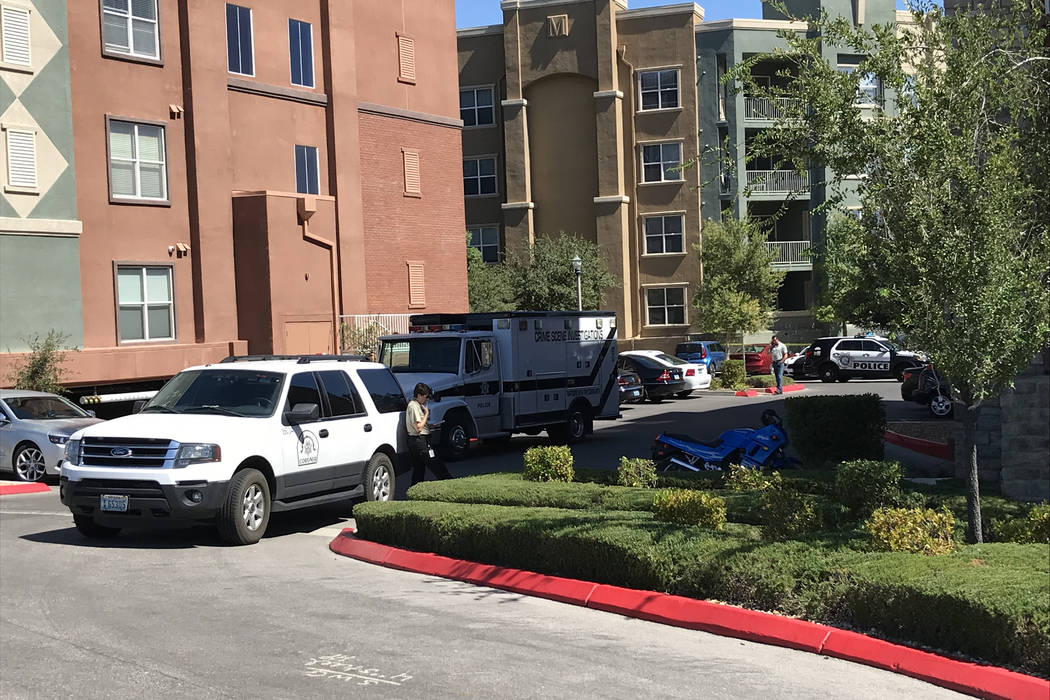 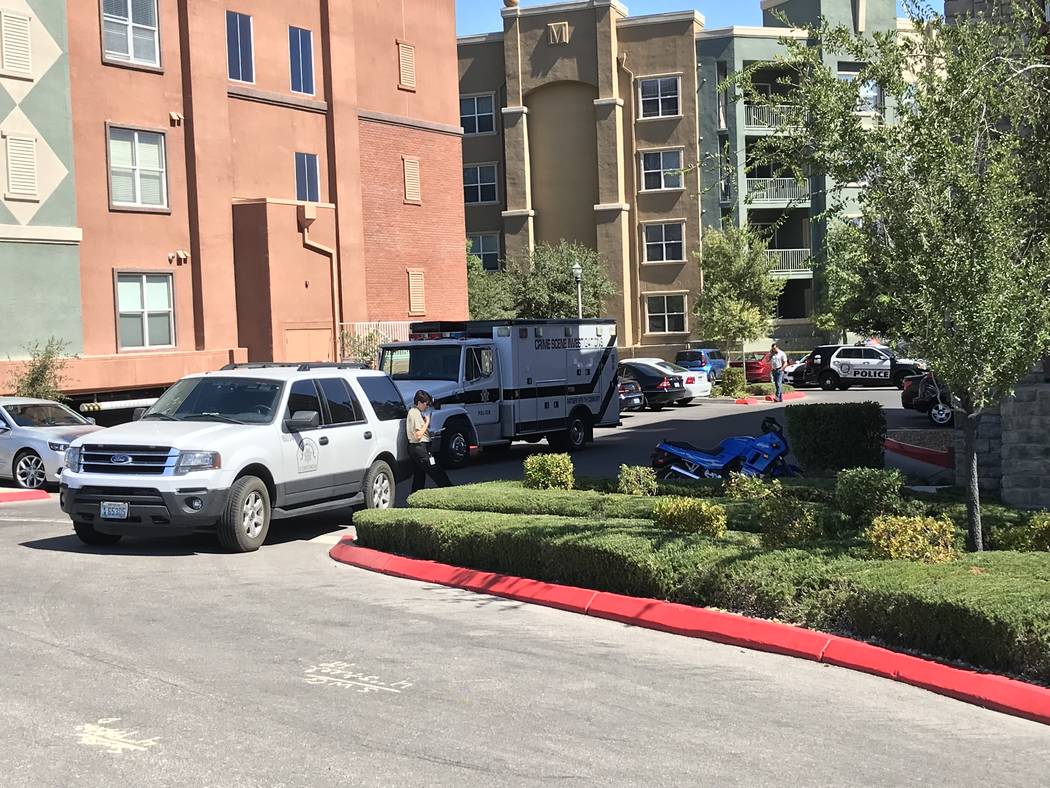 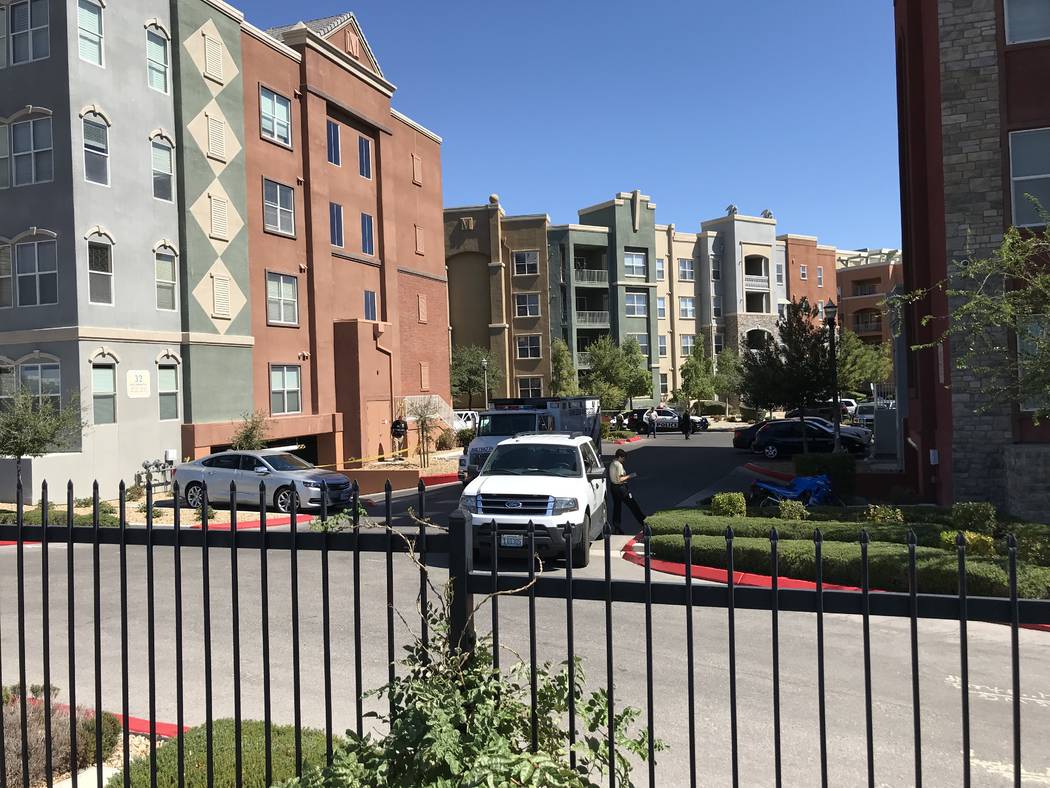 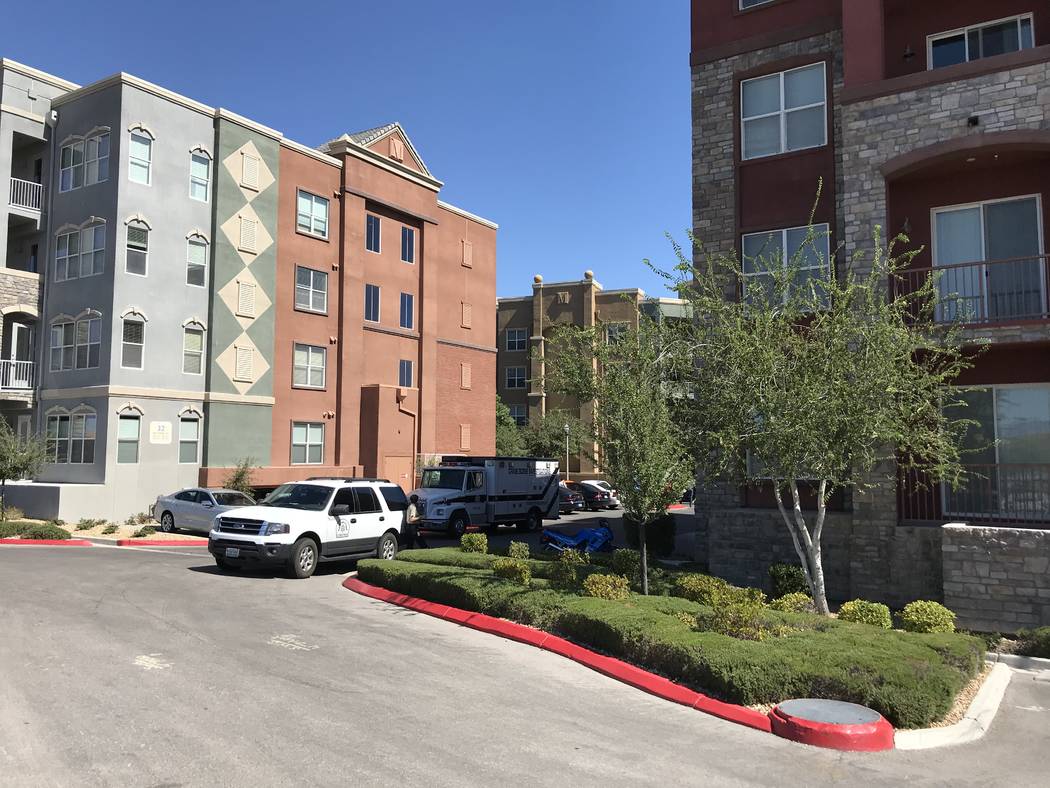 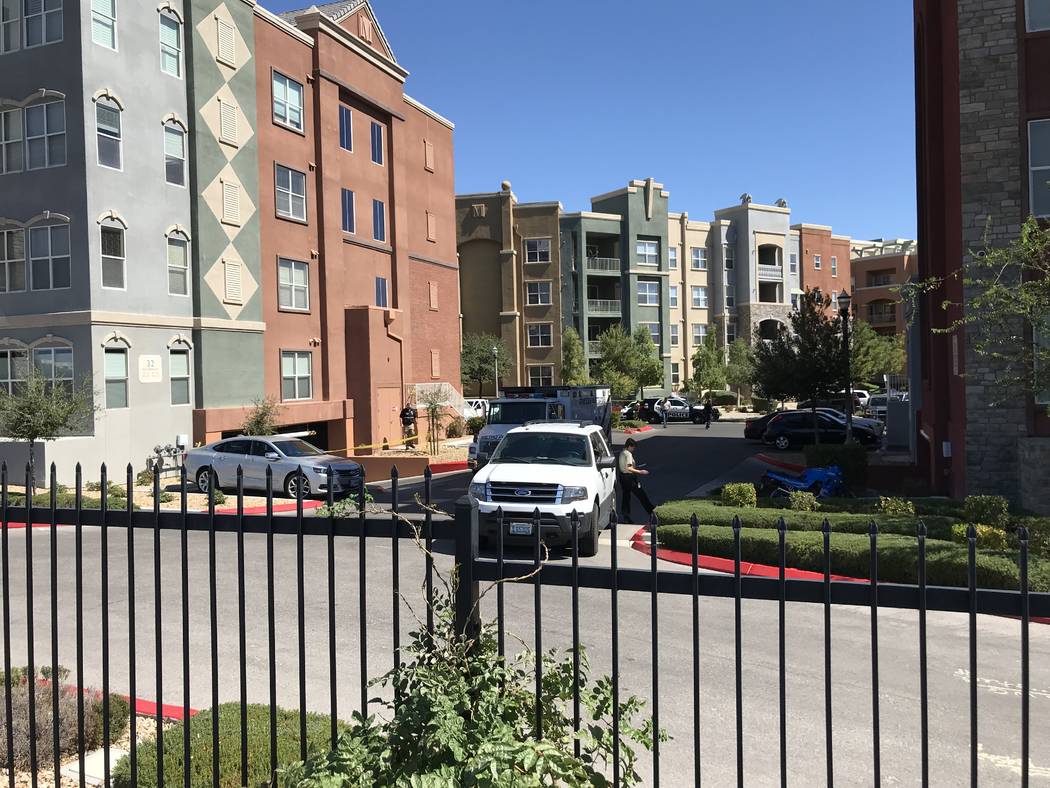 A man was shot to death early Sunday morning at a condominium complex in the south valley.

The Metropolitan Police Department said residents reported seeing people running within the Manhattan Condominiums, 32 E. Serene Ave., at about 7 a.m. and then seeing a black car speeding by shortly afterward.

Officers found a man with multiple gunshot wounds prone on the floor of the complex’s parking garage. The victim, who police believe was 25 to 30 years old, died at the scene, Metro Lt. Dan McGrath said.

The man had been walking toward his car or returning to the complex, near Las Vegas Boulevard South, when he was shot, McGrath said. It’s unclear whether the victim lived in the complex.

McGrath said detectives are reviewing video evidence, but believe the speeding car’s occupants may have been involved in the shooting. They also believe the strike was targeted and perhaps retaliatory, McGrath said. No suspects have been named.

“This was an isolated incident,” McGrath said.

The Clark County coroner’s office will identify the victim after his family has been notified.