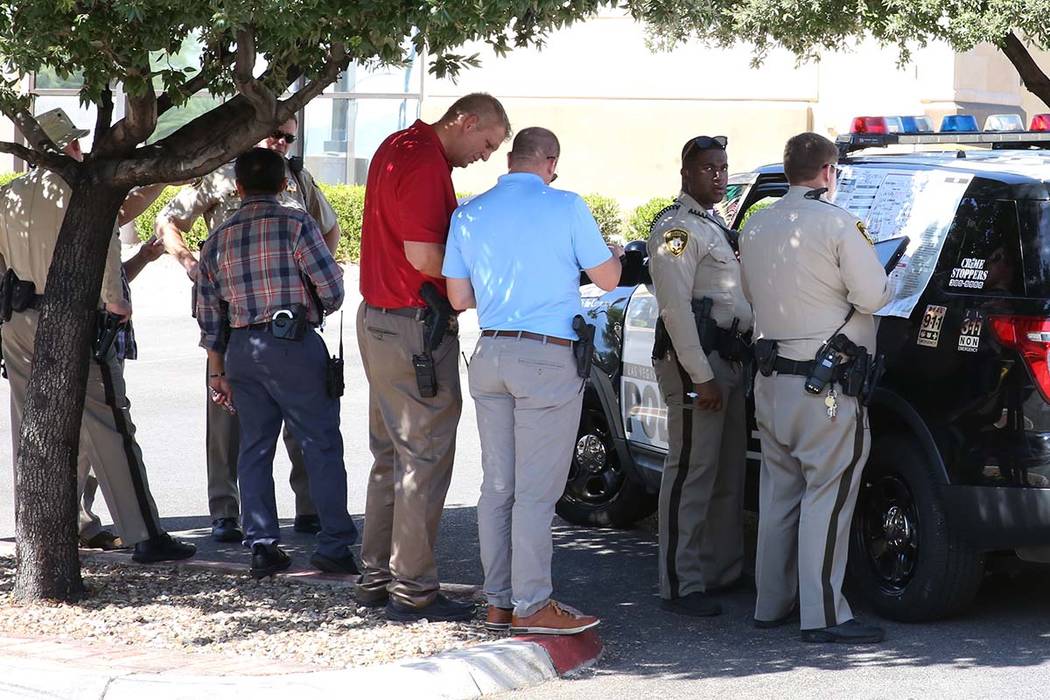 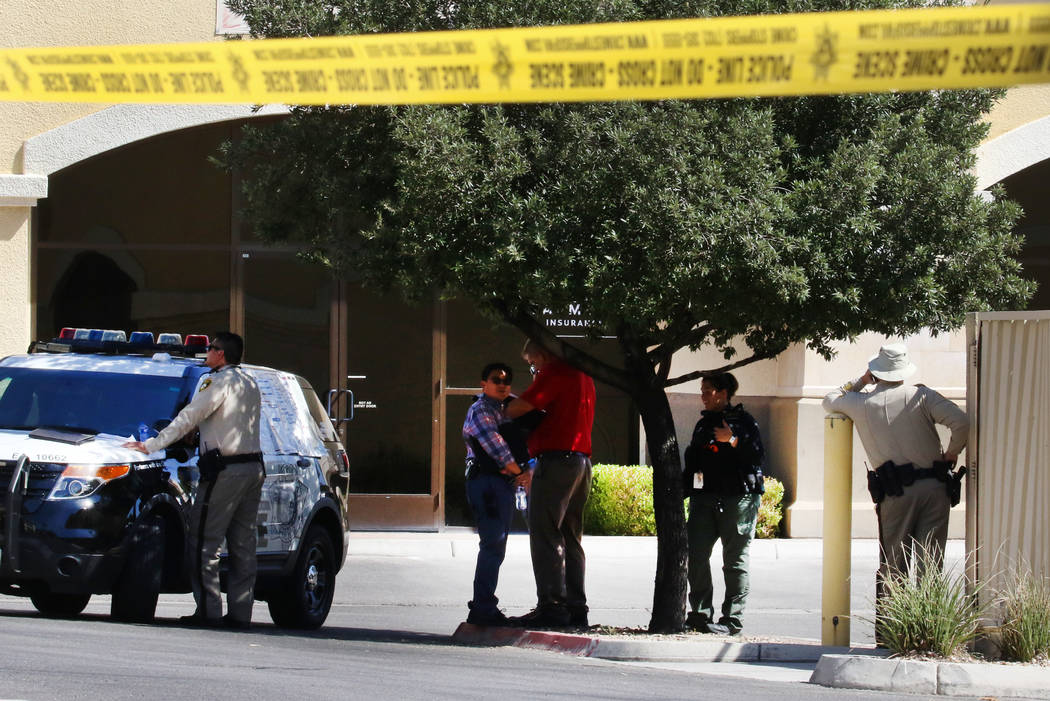 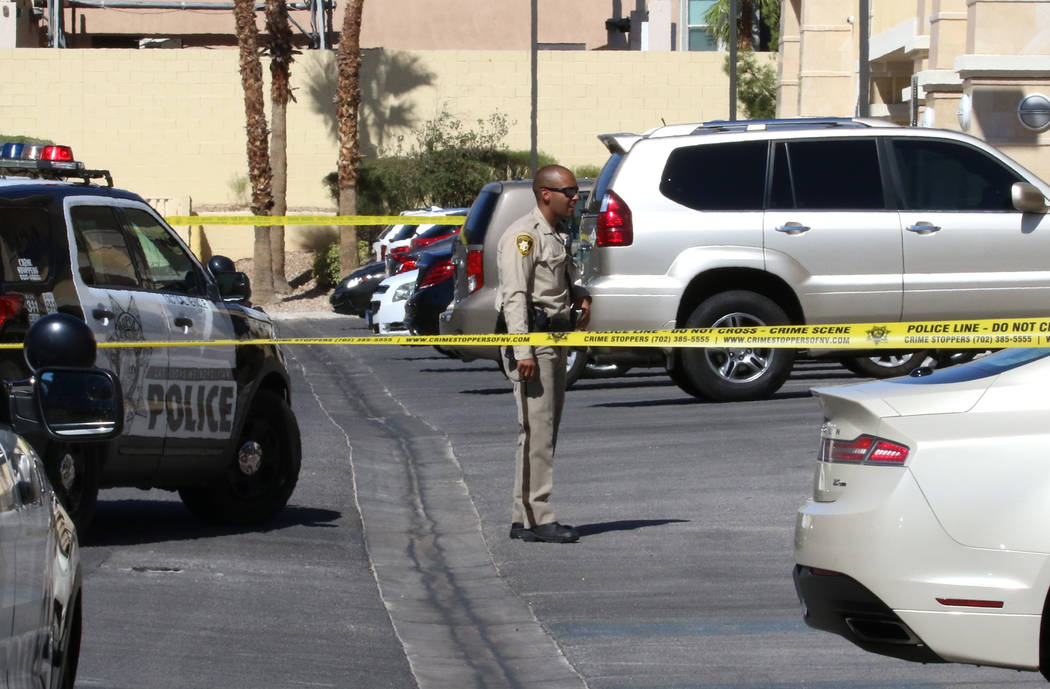 An officer shot at a dog while investigating reports of armed men last week at a Spring Valley-area business complex, but the men had a “tommy gun” style BB gun, according to an arrest report.

One of the men was immediately taken into custody, but the other man took off running and jumped over a wall. That’s when the “pit bull style” dog charged and tried to bite an officer’s leg, instead grabbing onto the officer’s pants, Beas said.

Another officer then shot at least one round “to stop the dog,” which ran away but was later found, Beas said. Clark County animal control took the dog to a shelter, county spokesman Dan Kulin said.

The arrest report made no mention of the dog or which officer shot at it. It was unclear if the dog belonged to either man.

Only one of the two men, Matthew Deaugustinis, was charged. He was the man who officers saw jump a wall, according to his arrest report.

A woman had called police to report a man shot into her business “but did not break the glass window,” the report said. The woman later told officers she heard something hit the window, and then she saw two men standing behind the building.

One of the men, later identified as Deaugustinis, was holding a dark-colored gun with a “lime green hue” that resembled a “tommy gun,” the woman told police. She said based on the sound against the window and the style of firearm, it looked like a BB gun, the report said.

She saw Deaugustinis give the gun to the man he was with, who put it behind a wall, the report said. Officers later found the BB gun on the other side of the wall, on a couch in a backyard.

Deaugustinis told police he owned the battery-powered BB gun and it went off accidentally when he was “messing around with the safety button.” He said he hid the BB gun after it went off because he was nervous.

Deaugustinis was charged with a gross misdemeanor count of discharging a gun or other weapon where a person may be endangered, court records show. He was released from the Clark County Detention Center on Aug. 22 on his own recognizance.

A preliminary hearing in the case is scheduled for Nov. 4, court records show.