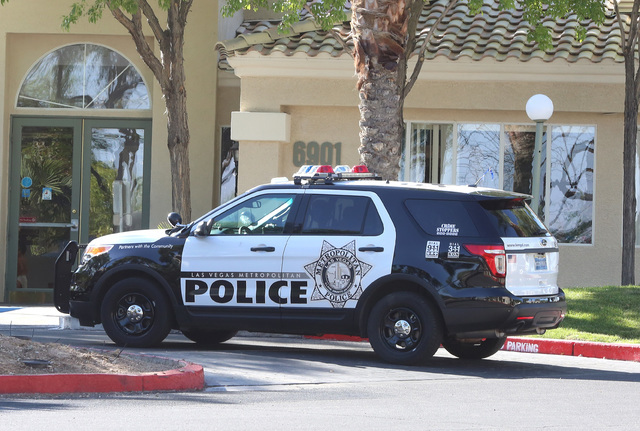 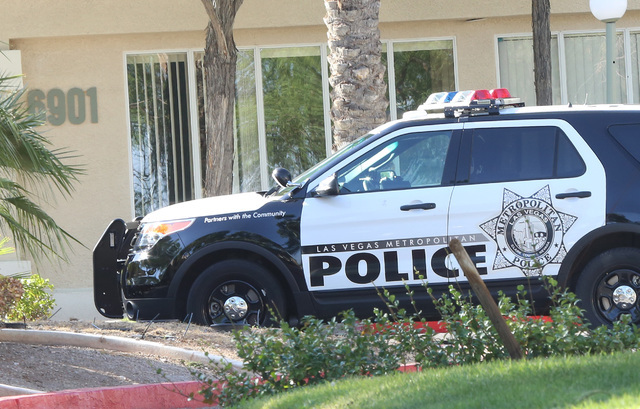 A police car is seen at Avion apartment complex on 6901 E. Lake Mead Blvd., near Hollywood Boulevard, on Tuesday, Aug. 9, 2016. A man was found inside an apartment near the complex pool area with multiple gunshot wounds. (Bizuayehu Tesfaye/Las Vegas Review-Journal) Follow @bizutesfaye 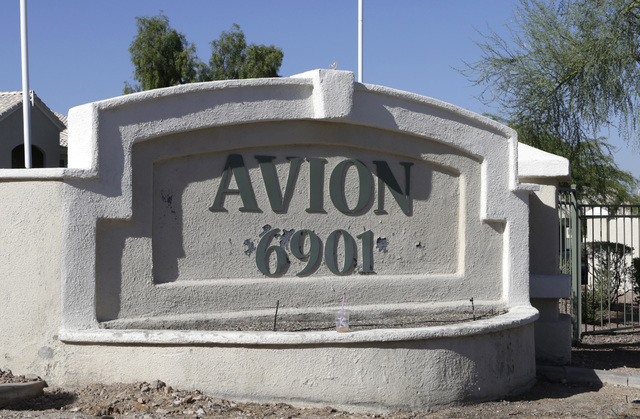 A man was still in critical condition Tuesday afternoon after being shot Monday night in a far northeast valley apartment complex.

The shooting happened about 10:45 p.m. at the 6901 E. Lake Mead Blvd. complex, near Hollywood Boulevard, Metropolitan Police Department Lt. David Gordon said. The man was found inside an apartment near the complex’s pool area with multiple gunshot wounds.

A child was in the apartment at the time of the shooting, Metro spokesman Michael Rodriguez said.

The shooting victim was taken to University Medical Center’s trauma unit, where he remained Tuesday.

Homicide detectives responded to the scene and are investigating due to the nature of the man’s injuries, Rodriguez said.

Police said the bullets came from outside the apartment, but it is unclear whether the shooting was intentional or the result of stray bullets.

No suspect or motive had been identified as of Tuesday night.