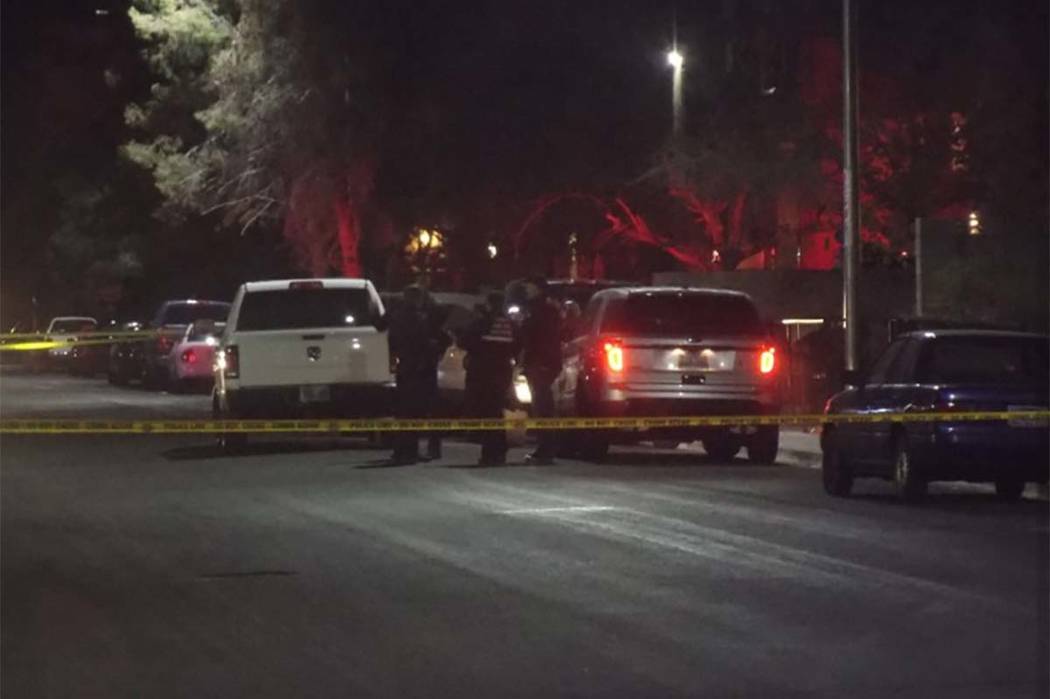 Las Vegas police are investigating after a man was shot dead during a dispute over a parking space on the 6200 block of Ilanos Lane near Lake Mead and Jones boulevards. (Max Michor/Las Vegas Review-Journal)

One man is dead after an argument over a parking spot Thursday night in the central valley, Las Vegas police said.

The man was shot about 9:50 p.m. in a residential area near Lake Mead and Jones boulevards, Metropolitan Police Department Lt. Peter Kisfalvi said.

Kisfalvi said one man used a shotgun to shoot the second man on the 6200 block of Ilanos Lane.

The critically injured man was hospitalized at University Medical Center, where he later died.

Police have the shooter in custody, Kisfalvi said.