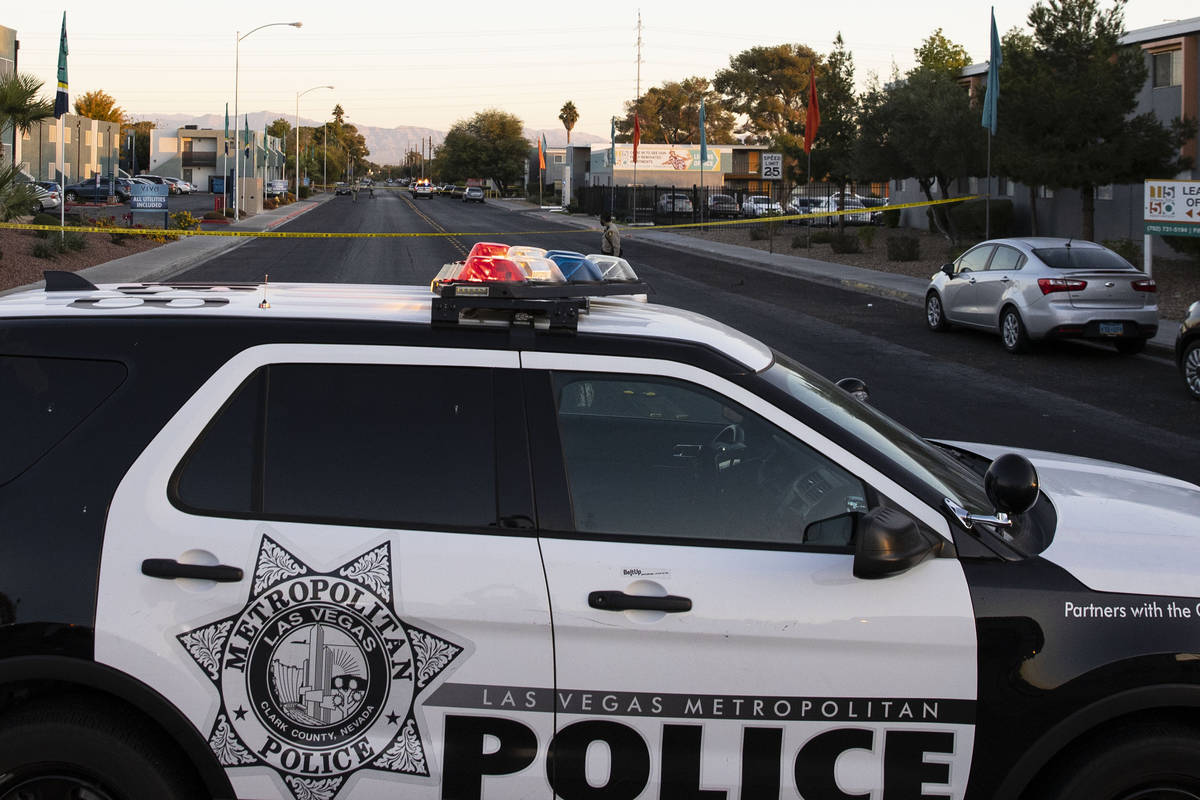 The Metropolitan Police Department is investigating after a man was shot at Harmon Avenue and Caliente Street, on Wednesday, Nov. 4, 2020, in Las Vegas. (Bizuayehu Tesfaye/Las Vegas Review-Journal) @bizutesfaye

Officers were called at 2:05 p.m. to GO Car Wash, 5550 W. Charleston Blvd., west of Decatur Boulevard, after a report of gunshots and found Saucedo had been shot several times while in the car next to his wife, who was uninjured, Metropolitan Police Department Lt. Ray Spencer said at the time.

Spencer said Saucedo had finished vacuuming his car when someone he knew shot him and drove off. He would not disclose the relationship between Saucedo and the shooter and officers were receiving conflicting descriptions of the suspect car from the dozen witnesses.

“He’d entered the car and was sitting down in the driver’s seat when an unknown vehicle pulled up next to him,” Spencer said. “A person or persons inside the vehicle fired multiple shots into the car, striking and killing him. That vehicle then fled the scene.”

No one had been arrested in connection with the death as of Wednesday night, according to jail records.