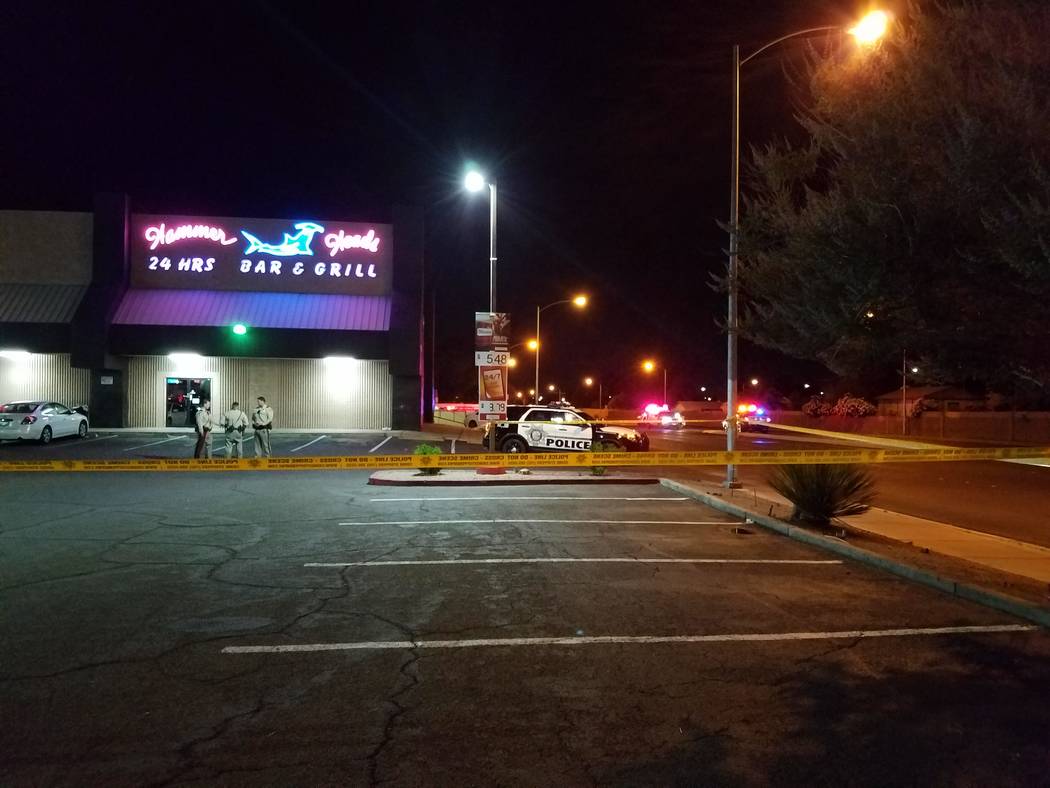 Metropolitan Police Department officers talk with one another at a location not far from the scene of an officer-involved shooting Saturday night on Big Sur Drive in the east Las Vegas Valley. (Mike Shoro/Las Vegas Review-Journal) 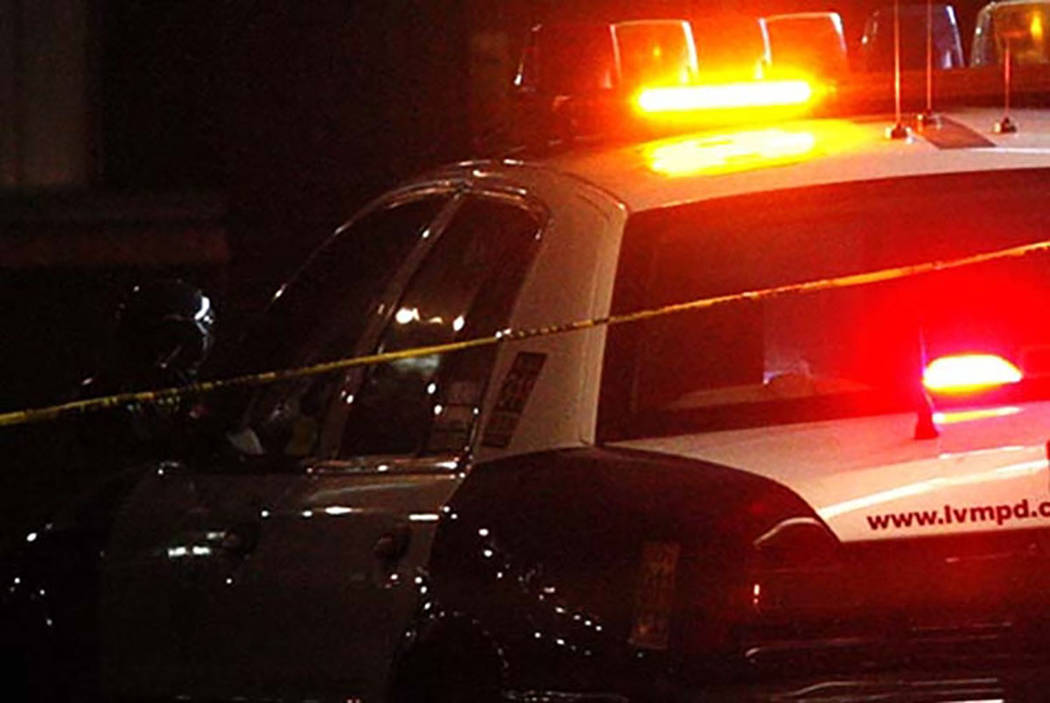 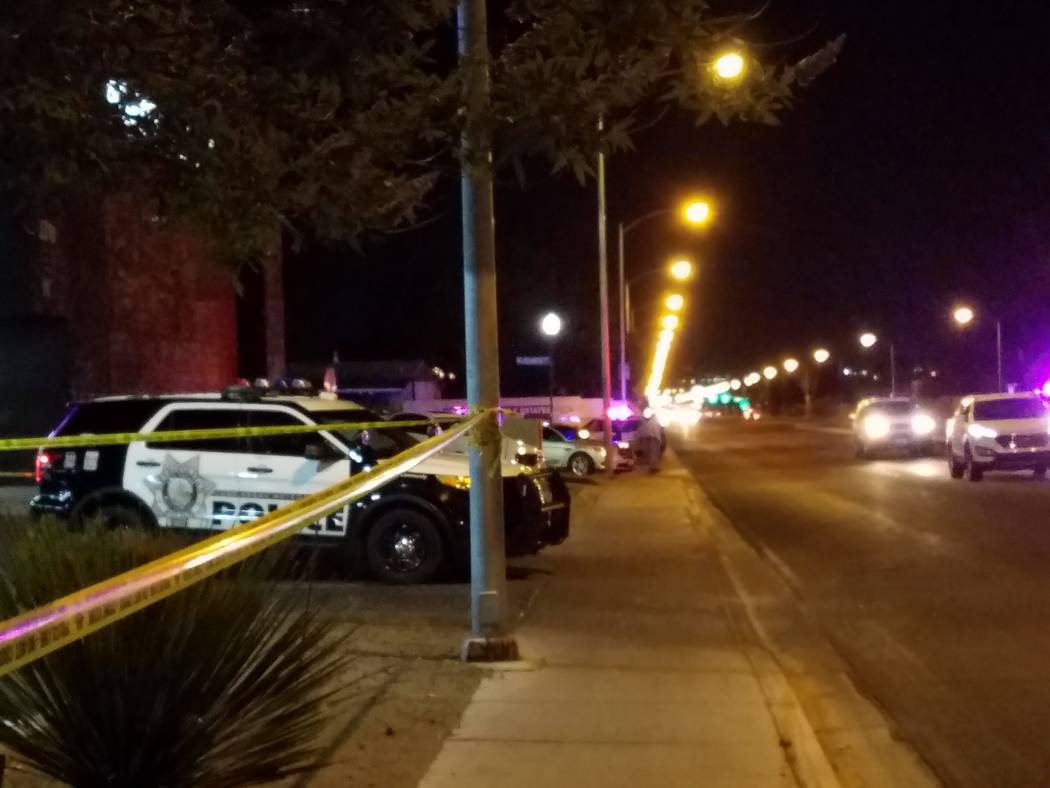 A Metropolitan Police Department vehicle is parked not far from the scene of an officer-involved shooting Saturday night on Big Sur Drive in the east Las Vegas Valley. (Mike Shoro/Las Vegas Review-Journal)

An officer shot a woman who was armed with a shovel and threatening neighbors Saturday night in an east valley neighborhood, Las Vegas police said.

Metro had responded to a disturbance call about a woman armed with a shovel, said Capt. Jamie Prosser of Metro’s Office of Internal Oversight and Constitutional Policing.

Police found the woman in the street armed with a shovel and “acting erratically,” Prosser said. The woman was chasing neighbors and a security guard, a Metro release later said, adding that an officer got between the woman and the others.

“(An officer) gave her commands to put the shovel down, at which point she turned and advanced toward a citizen who was standing nearby,” Prosser said.

The officer fired multiple times and shot the woman, who was taken to Sunrise Hospital and Medical Center, Prosser said. She was in serious condition.

No one else was injured.

The identity of the officer will be released after 48 hours and further information will be provided within 72 hours, per Metro policy.