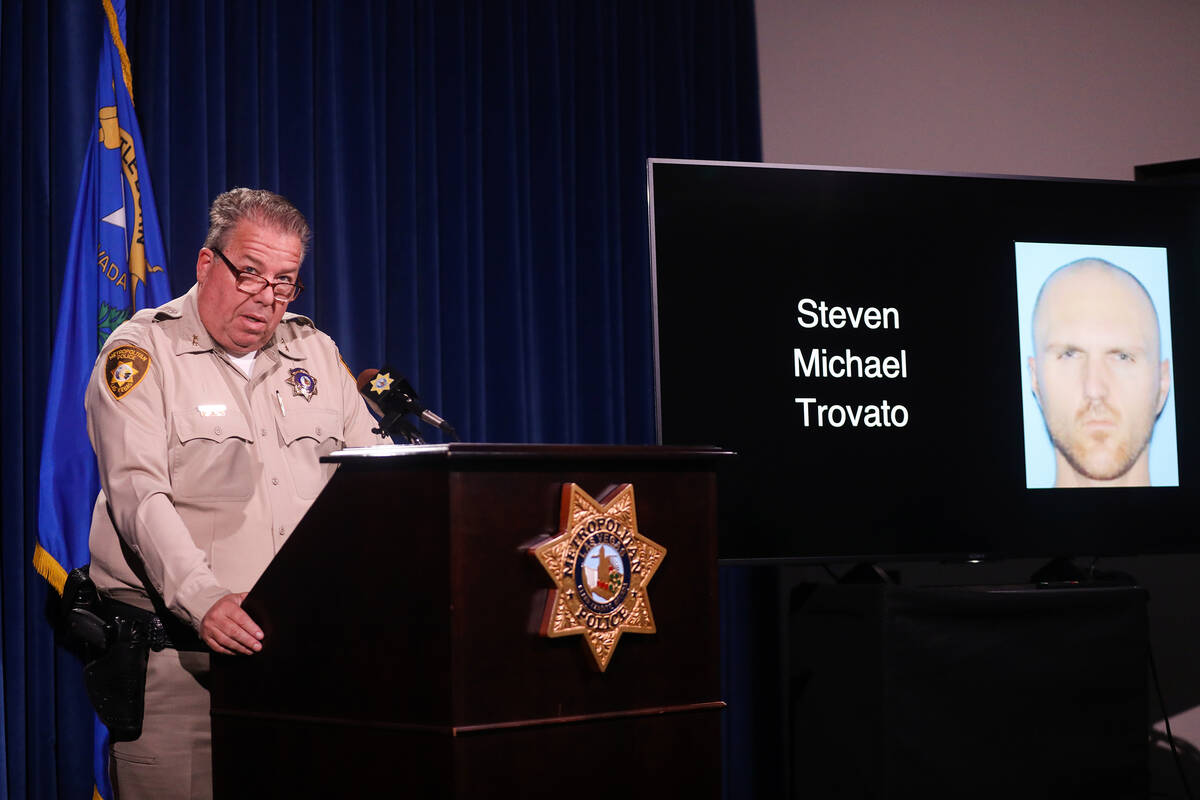 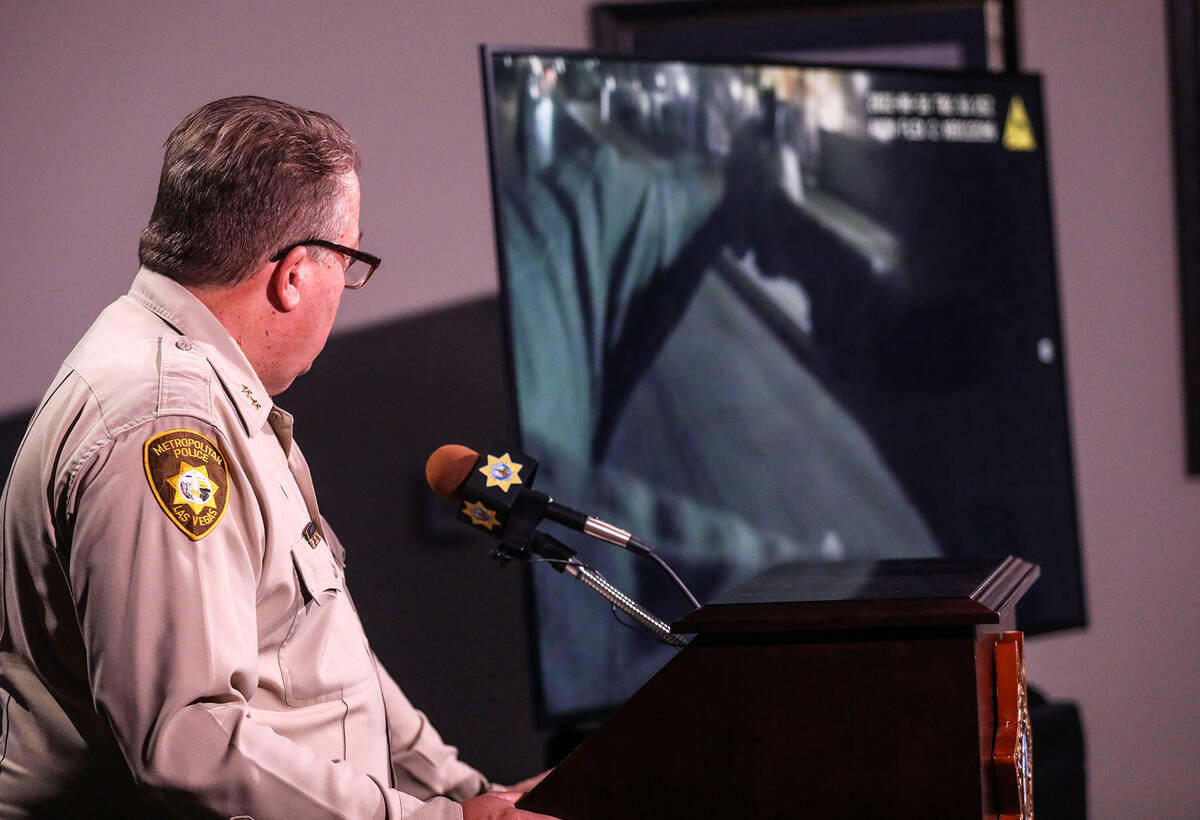 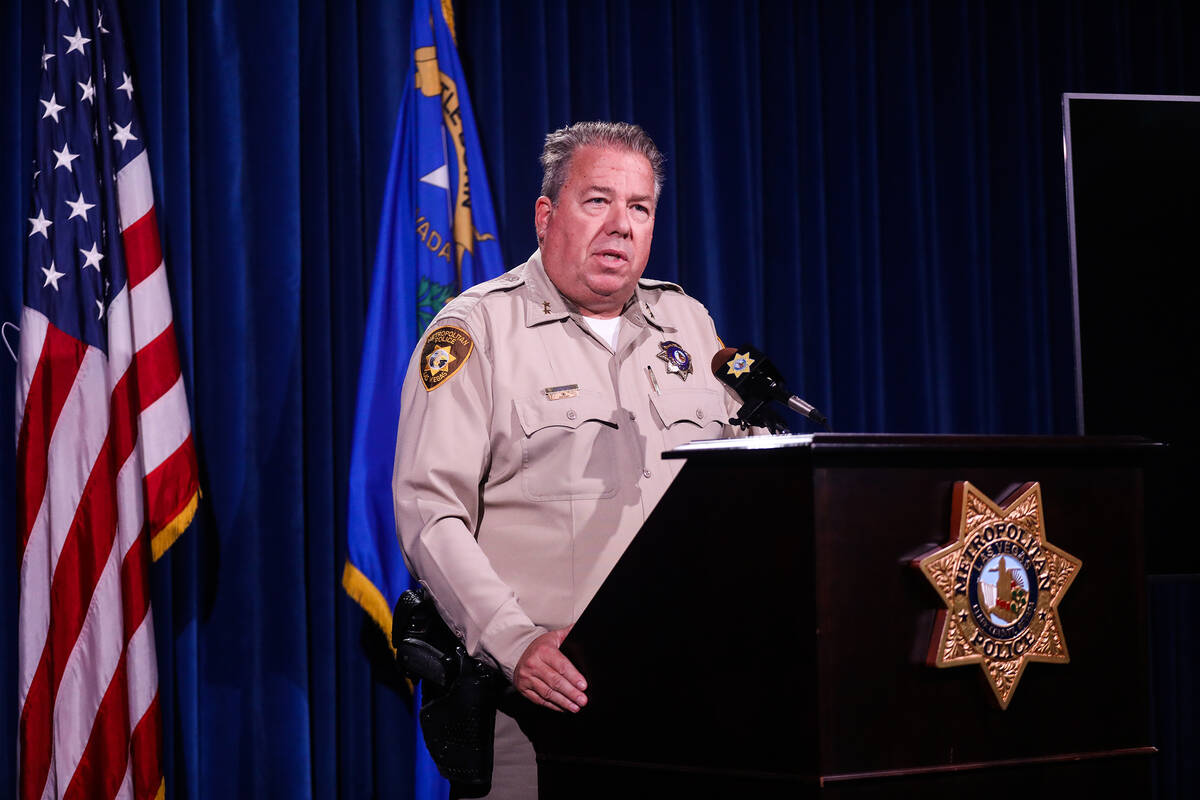 Las Vegas’ latest police-involved shooting on Saturday night began when officers drove into an apartment complex in a high-crime area, where there has been a recent uptick in burglaries, a Metropolitan Police Department official said Wednesday.

There, the two officers were confronted by a gun-toting man identified as Steven Michael Trovato, 37, who raised his Taurus .357-caliber revolver at them, prompting the officers to rush out of their marked patrol car and start firing, Assistant Sheriff John McGrath said in a news conference Wednesday.

The officers, Devonte Gleason, 29 and Marlon Salazar, 31, fired a total of 28 shots — 13 from Salazar and 15 from Gleason —from their Glock 17 9mm service weapons, McGrath said. Trovato didn’t fire his gun, but he was shot once in the elbow.

The news conference, at Metro’s headquarters, was to provide more information about the department’s latest police shooting, which happened at about 7:30 p.m. Saturday at East Serene Avenue and Haven Street, near South Las Vegas Boulevard and West Silverado Ranch Boulevard.

“Trovato began to raise the firearm and point it in the direction of officers who were still inside their marked patrol vehicle,” McGrath said. “Officers did not have an opportunity to activate their emergency lights or siren. Both officers got out of their patrol car and began firing at Trovato. Trovato then ran from officers while still armed with a handgun.”

Trovato dropped the gun as he ran from officers, but eventually laid on the ground, with officers catching up to him and arresting him, McGrath said.

Trovato was taken to University Medical Center, where he remained hospitalized and in police custody Wednesday, McGrath said. He will survive.

Trovato faces two charges of assaulting a protected person with a deadly weapon, possession of a gun by a prohibited person, among other charges, court records show.

Gleason and Salazar were placed on administrative leave while Metro investigated the shooting.

It marked the ninth such police shooting of 2022, compared with five at the same time in 2021, McGrath said.

Metro police have endured a rash of dangerous situations in recent weeks.

Officer Tierney Tomburo, 24, was shot in the hip by a man identified as Gabriel Herrera Charles, 27, on Sept. 10. The wounded Tomburo then fired back at Charles, killing him, body-camera video showed.

On Aug. 11, Justin Leigh Venegas was arrested after an hourlong, 47-mile chase in which officers were shot at by Venegas, then shot back. The chase ended when Venegas crashed into a K-9 officer’s police vehicle at 67 mph, police said.